Ankara and Washington come to agreement as Nato forces pull out "We determined which responsibilities we will take in talks with the US and Nato, and we will take this step in the most appropriate way," he said.

Earlier this week, the Afghan government said it supported Turkey's plans to operate the airport and said Ankara's presence would help repel any potential attacks from the Taliban.

Thank you brotherly 🇹🇷as our most trusted friend for the continuation of this important role beyond the Resolute Support Mission. We will extend all necessary support for the success of this mission. https://t.co/2zIatiBsyW pic.twitter.com/u0H7BZhY7k

Ramin's praise came after Turkish officials met with their US counterparts on Wednesday to discuss the future of the airport.

Turkey's defence ministry said it held a "constructive and positive meeting" to discuss the plans.

Security for the airport is critical for operations of diplomatic missions based in Afghanistan after the US withdrawal is complete.

Turkish have had a presence at the airport since 2013, alongside the US, Hungary, France and other Nato allies.

The airport is a lifeline to the Afghan government, which has suffered several huge setbacks against the Taliban in major districts, prompting a US intelligence report that said the administration could totally collapse six months after Nato's withdrawal.

Last month, sources told MEE the US and Turkey came to an agreement over the airport's security on the following matters:

Ankara has also been seeking the deployment of drones, defensive equipment and troops from other allied countries, but it is not clear if those demands have been met.

Last month, Erdogan publicly floated the idea that Ankara could partner with Hungary and Pakistan to undertake the mission.

"It isn't very clear who will join this mission. We have to wait and see to understand who is genuinely interested," a senior Turkish official said.

"There are some [countries] who aren't in Afghanistan that would like to take part, or there are others who are there but would like to stay after the withdrawal. We will have a better picture in four or five days."

Two sources familiar with the issue said Hungary expressed a willingness to take part in the mission, floating the idea in a meeting between Erdogan and Hungarian Prime Minister Viktor Orban on the sidelines of a Nato summit earlier this month.

Pakistan, which doesn't have troops in the country, also has a longstanding relationship with the Taliban as a neighbouring country whose intelligence services have long had ties with the militant group. 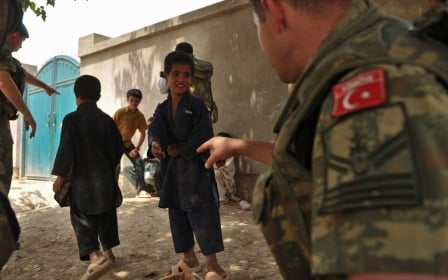 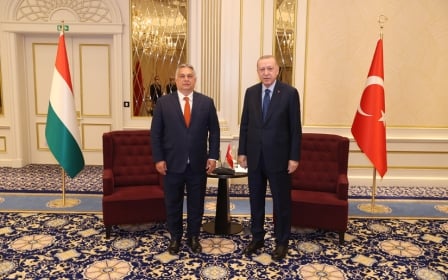