President says all Turkish troops and civilians have withdrawn from the country, with a small 'technical group' left behind Turkey completed the evacuation of all its troops and civilians from Afghanistan on Friday, with just a small "technical group" remaining in the country, President Recep Tayyip Erdogan has said.

Speaking at a press conference in Sarajevo alongside the leaders of Bosnia and Herzegovina, Erdogan said the 500 or so Turkish troops that were stationed in Afghanistan had now returned to Turkey.

"We've brought our civilians back. Now a very small number of technical staff remain. Outside of this, all of our teams have been withdrawn from Afghanistan," he said.

The Turkish president added that it was unclear what kind of conflict would flare between the Taliban and Islamic State (IS) following Thursday's devastating attack on Kabul's Hamid Karzai International Airport.

"What is clear is that there is a battle of terrorist organisations," Erdogan added. Earlier on Friday, Erdogan said Turkish and Taliban officials tried to reach an understanding regarding whether Ankara's presence was needed to protect Kabul airport. The meeting lasted three and a half hours.

Ankara believes the suicide bombing has strengthened its argument that a sizeable number of Turkish forces are needed to protect the area in order that the airport can operate smoothly.

Erdogan said the Taliban wanted to oversee security at the airport, while offering Ankara the option of running its logistics.

"They said: 'We will ensure the security, you operate (the airport)'. We have not made any decision on this issue yet," Erdogan said.

A senior Turkish official told Middle East Eye on Friday that Turkey was still interested in securing the airport, but the deadly attack showed that even running the civilian operations wasn’t possible without sound security.

"The Taliban says it can secure the area, but they don't have a proper and professional security team. They only have fighters who hold rifles," the official said.

"This attack is proof that it would be extremely risky to carry on activities in the airport without the presence of the Turkish military and security personnel. And it only strengthened our core argument."

Al Jazeera reported that the Taliban had also asked Qatar for technical assistance in operating the airport. 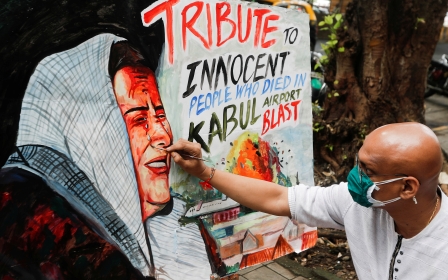 Afghanistan
Afghanistan: What links do IS-K have to the Middle East? 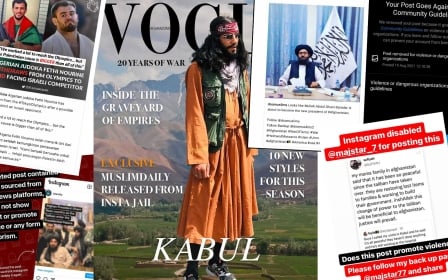