Turks and Qataris working to get the facility up and running for domestic and international flights, supported by special forces A Taliban fighter stands guard at the airport in Kabul on 31 August 2021 (AFP)
By
Ragip Soylu
, Levent Kemal
in
Istanbul, Turkey

A Turkish technical team arrived in Kabul last week to help efforts to reopen its airport for domestic and international flights, a Taliban spokesman and two people familiar with the issue said.

Taliban spokesman Zabihullah Mujahid told a Turkish newspaper on Sunday that Turkey and Qatar have been working together at the airport. “[Turkey] is now working at the general terminal and around it,” Mujahid told Yeni Safak newspaper. “I have seen them working myself.”

'Turkey is now working at the general terminal and around it. I have seen them working myself'

Two people familiar with the issue told Middle East Eye that the Turkish technical team began to work at the airport on 1 September. There is a small Turkish security team present at the airport to protect that technical group, the people added.

Turkey has also taken additional security measures in neighbouring Pakistan, deploying special forces and other equipment to use in case of emergencies in Kabul.

On Monday, Al Jazeera reported that the Taliban invited Turkey, China, Russia, Iran, Pakistan and Qatar to attend a ceremony announcing a new Afghan government, following the US withdrawal and the group's dramatic takeover of the country last month.

Al Jazeera report didn’t mention the exact date, but the Taliban is expected to unveil its interim government later this week.

Turkey and Qatar have been thrashing out a deal with the Taliban to operate the airport in recent days.

The draft deal revealed by MEE last month included provisions that would see Ankara recognising the Taliban as the legitimate government of Afghanistan and providing security at the Kabul airport through a private firm.

Additional members of the Turkish special forces, operating in plainclothes to secure Turkish technical staff, would also not leave the airport perimeter, according to the deal. One outstanding issue in the way of the deal is that the former Afghan government had in October already awarded a contract to a United Arab Emirates-based consortium to operate the airport. The Taliban will need to cut a separate deal with them.

One Taliban official told the UAE-based Sky News Arabia over the weekend that the Emirates would also help the Afghan group to get the airport up and running. The UAE’s role remains unresolved.

Turkey temporarily shut its Kabul embassy amid the chaotic US withdrawal and Taliban takeover, instead continuing operations from the airport, but has now reopened the building and its diplomatic staff are operating from the mission as normal.

Turkish newspaper Milliyet last week reported that a special phone line between Turkey and the Taliban had been established to conduct negotiations on the airport and other matters.

Turkish officials previously told MEE they believe maintaining a presence in Afghanistan will help them to protect commercial and political interests in the country, including preventing a wave of refugees from entering Turkey seeking asylum in Europe. 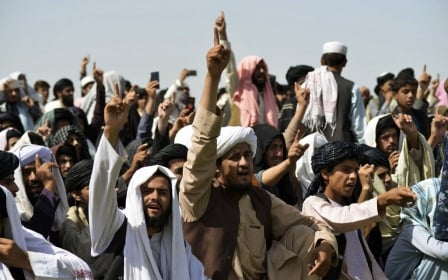 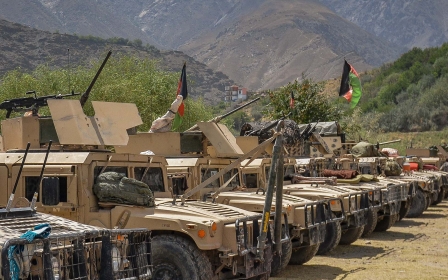 Afghanistan
US military equipment left behind in Afghanistan spotted in Iran: Report