Police officers fired stun grenades and teargas canisters at worshippers, forcing many of them out of the holy site Scores of settlers backed by Israeli forces broke into the courtyards of al-Aqsa Mosque on Sunday morning, injuring dozens of worshippers and detaining several others.

Witnesses told the official Palestinian news agency Wafa that dozens of Israeli police officers raided the site through the Chain and Moroccan gates, before assaulting worshippers attending prayers to make way for the entrance of hundreds of settlers. Hajja Nafisa: The story of a special bond with al-Aqsa Mosque
Read More »

The officers fired stun grenades and teargas canisters at the worshippers, forcing many of them out of the holy site.

Wafa said the police locked down the southern main building inside the site, leaving hundreds of worshippers inside who were unable to leave.

Groups of settlers then broke into the courtyards once it had been almost completely emptied of Muslim worshippers.

Israeli media reports put the number of settlers at around 1,300.

Some Israeli groups had called on the settlers to force their way into al-Aqsa Mosque on Sunday, the anniversary of what Israel calls "the destruction of the temples".

Threat to 'security and stability'

Reuters reported all was quiet by the time noon prayers were held, but the incident drew condemnation by the Palestinian Authority (PA), which administers limited self-rule in the occupied West Bank.

In a statement, the PA said it held "the Israeli occupation government fully responsible for the escalation resulting from the Israeli incursion in the al-Aqsa mosque complex in occupied Jerusalem".

The PA called the incident a serious threat to "security and stability" and offensive to the feelings of Palestinians.

The United Arab List (UAL) party, which is part of the governing coalition, also condemned the violence.

"The people of the UAL and the activists of the Islamic Movement will defend the sanctity of Al-Aqsa Mosque with their bodies," it said in a statment.

It added that it had tried to convince the government to stop the entry of the settlers to the site.

Hamas spokesman Mohammed Hamadeh called on Palestinians to visit al-Aqsa Mosque in large numbers and to remain there until Tuesday's Eid al-Adha.

Following the incident, Israeli Prime Minister Naftali Bennett directed that "visits" there "continue, while maintaining order at the site," an official statement said.

Al-Aqsa Mosque is one of Islam's most revered sites and is also the holiest site in Judaism, with Jews referring to it as Temple Mount.

Israel occupied East Jerusalem, where al-Aqsa Mosque is located, during the 1967 Middle East war. It annexed the entire city in 1980, in a move never recognised by the international community.

Israeli far-right activists have repeatedly pushed for an increased Jewish presence at the site, despite a longstanding joint guardianship agreement between Israel and Jordan, which retains control over Christian and Muslim holy sites in Jerusalem, that bars non-Muslim prayer at the site.

Settlers backed by Israeli forces regularly break into al-Aqsa Mosque and tour around the Dome of the Rock, a mosque built in the 7th century by the Syrian Umayyad Empire on Moriah Mount.

The settlers often perform Jewish prayers on the site, where they believe the Second Jewish Temple once stood. 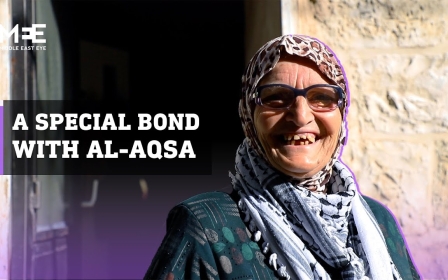