Located in the Old City, the historical site is a focal point of Israeli-Palestinian tensions 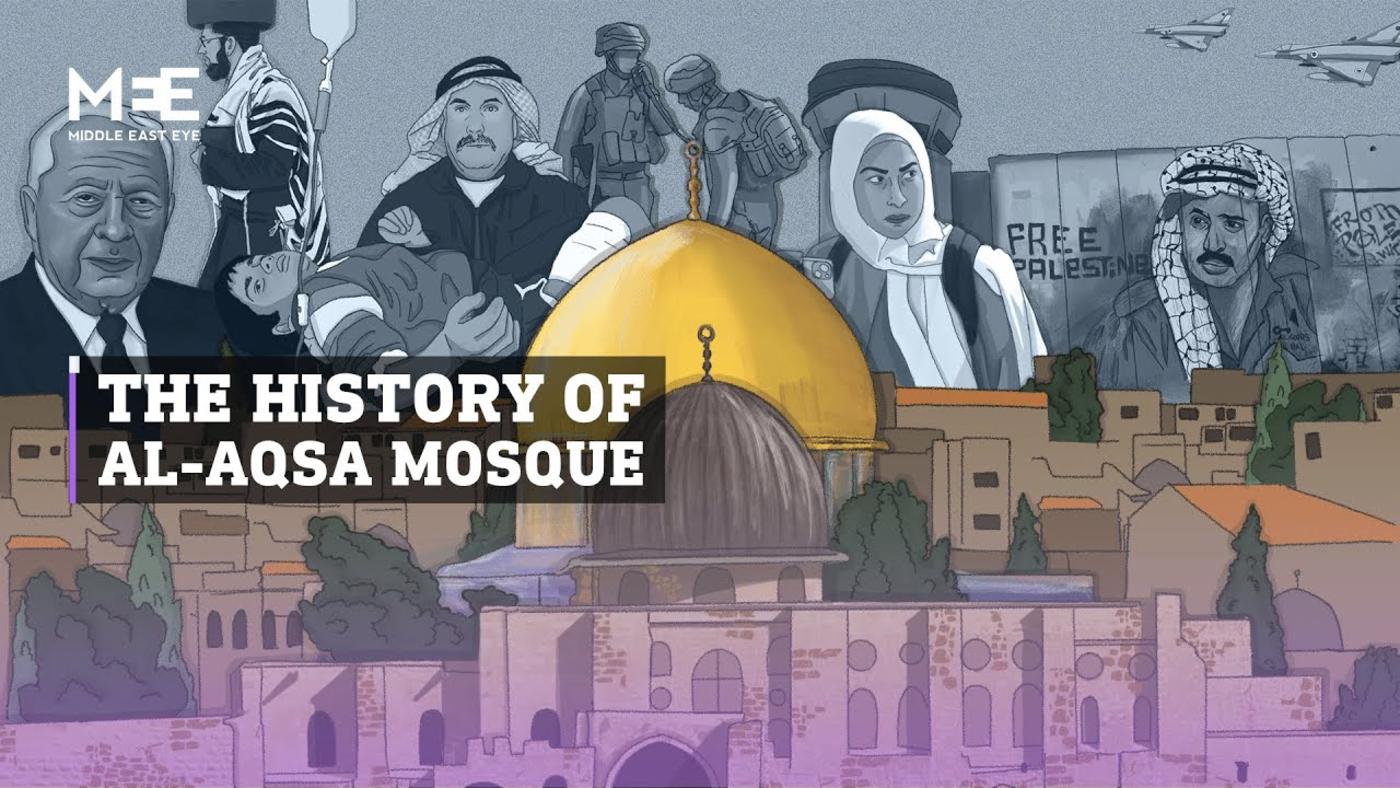 Dominating Jerusalem's skyline, the al-Aqsa mosque is the jewel in the crown of the historic Old City.

Holding a rich history for Muslims, Jews, and Christians alike, its beauty is both physical and transcendental to the thousands of worshippers who visit every year.

'The Dome of the Rock continues to define Jerusalem aesthetically'

Covering 144,000 square metres, the complex includes the golden-topped Dome of the Rock - arguably Jerusalem's most recognisable landmark - and the ancient al-Qibli Mosque.

The mosque complex serves several functions: a house of worship, a community space, and a centre of culture and history.

But as Israeli incursions and restrictions on worshippers continue to rise in frequency and intensity, many Palestinians fear they will soon lose their sanctuary.

It is considered sacred to all three Abrahamic faiths, and one of the holiest sites in Islam along with the Kaabah in Mecca and Prophet Muhammad's mosque in Medina.

Muslims also believe that it is the site where the Prophet Muhammad led his fellow prophets in prayer following a miraculous night journey from Mecca to Jerusalem, known as Isra-wal-Miraj, and then ascended to the heavens to speak with God.

This site is what later became known as the Dome of the Rock.

"The Dome of the Rock continues to define Jerusalem aesthetically," Mustafa Abu Sway, a professor at Al-Quds University and a member of the Islamic Waqf Council, told Middle East Eye.