Amnesty International warned the Algerian government against using "excessive or unnecessary force" ahead of a fresh wave of nationwide anti-government protests planned for Friday.

President Abdelaziz Bouteflika's plan to run for a fifth term, extending his 20-year rule, first pushed Algerians into the streets in anger on 21 February.

Tens of thousands of people have rallied in cities across Algeria since then, calling for Bouteflika, who has serious health problems, to step down.

The spontaneous protest movement was endorsed this week by Algerian students who also marched in the capital, Algiers, and other cities.

"The world’s eyes are on Algeria right now and how the government chooses to respond to these demonstrations will be a crucial test of its commitment to upholding the rights to freedom of expression and peaceful assembly,” said Magdalena Mughrabi, Middle East and North Africa deputy director at Amnesty International.

"Security forces must only use force as a last resort and even then, it should only be used proportionately and when absolutely necessary," Mughrabi said in a statement on Thursday, the eve of the protests.

Since the start of the protests, Algerian police have responded by firing tear gas to disperse the crowds, while some arrests have also taken place.

While demonstrations have been outlawed in Algiers since 2001, the capital has been the heart of the current protest movement.

Amnesty warned the government not to hinder free speech, as a dozen journalists rallying against alleged censorship of the protests were arrested for several hours in the city on Thursday. "They must also guarantee the right to freedom of movement for protesters and ensure journalists are able to report freely on the demonstrations with no censorship of media coverage," Mughrabi said.

Bouteflika announced he intended to run for a fifth term on 10 February. The ailing 81-year-old, who has rarely been seen in public since suffering a stroke in 2013, is Algeria's longest-serving president.

Following the decision, several political parties, trade unions and business organisations said they would back him. He is expected to easily win 18 April elections, as the country's political opposition remains weak and divided.

Still, Bouteflika's decision to seek reelection is not the only reason for many Algerians' anger.

Many young Algerians are frustrated by a lack of job prospects and economic opportunities, which worsened amid a series of austerity measures imposed after the price of oil plummeted in 2014.

Corruption and clientelism are also causes of widespread public discontent, and many protesters are calling for a real political transition led by national consensus. 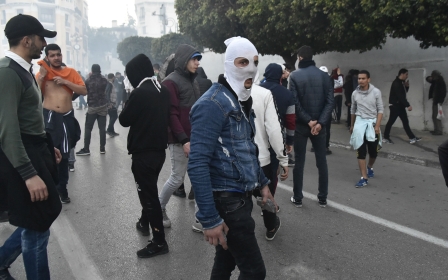 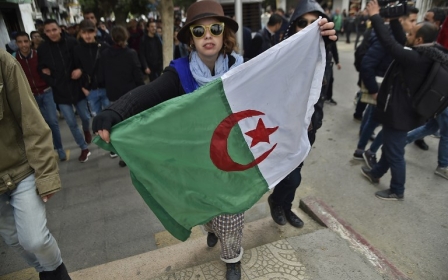 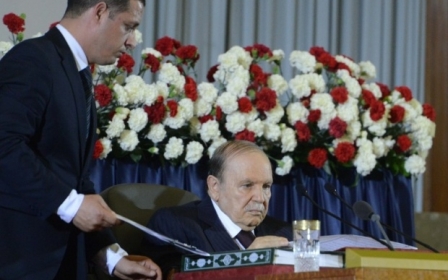