The FLN fell far short of the 204 seats needed to form a majority in parliament, as voter turnout stood at a meagre 23 percent 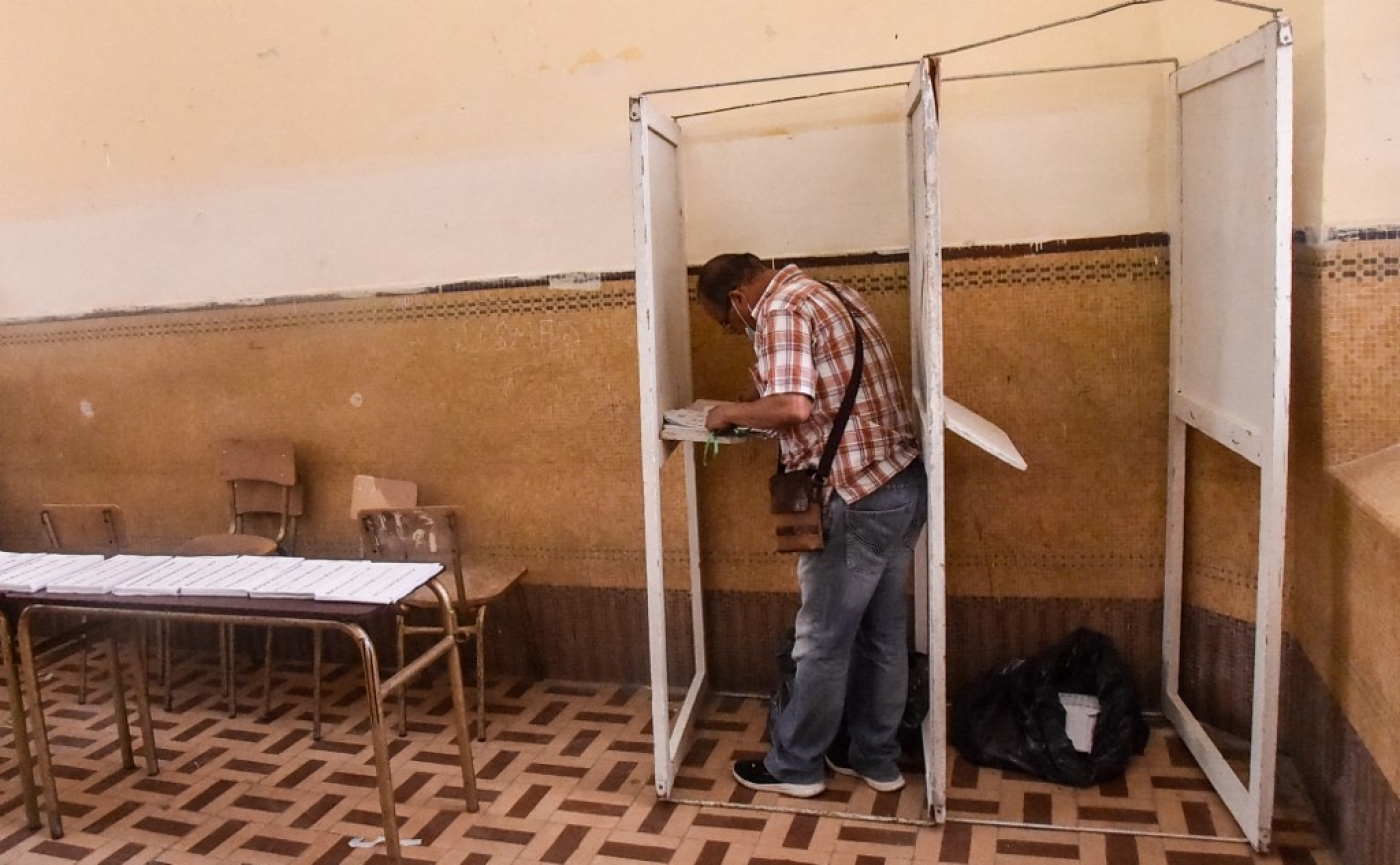 Algeria's ruling National Liberation Front (FLN) gained the most seats out of any party in Sunday's parliamentary elections, but failed to reach a majority, in a vote marred by boycotts and low turnout.

Fewer than a quarter of registered voters in Africa's largest country turned up to vote, with the FLN winning a total of 105 seats, falling short of the 204 seats needed to control Algeria's parliament.

Unlike previous elections, Saturday's vote was marked by the victory of a large number of independent candidates, who won 78 seats. The electoral board confirmed late Tuesday that voter turnout stood at 23 percent, making it the country's lowest ever turnout for a vote.

Only 5.6 million of the 24 million eligible voters voted on Saturday, with more than a million votes cast that day ending up being invalidated.

Before Saturday's vote, major leaders from the anti-government Hirak movement were arrested, with the capital Algiers placed under lockdown to avoid further unrest.

The latest vote comes as authorities struggle to bolster their legitimacy and stop the Hirak movement -  which helped remove longtime ruler Abdelaziz Bouteflika from power in 2019 - as it gains momentum across the country after returning to the streets following a year-long gap in protests due to the coronavirus.

The Hirak called for a boycott of last Saturday's vote and said the elections could not be fair so long as the Algerian army continues to interfere in politics.

Last week, the Algerian League for the Defence of Human Rights said seven leading protest movement figures were arrested across the country.

Karim Tabbou, a leading figure in the Hirak, was arrested by security forces near his home, his brother confirmed in a Facebook post.

According to local media, media figures, including Ihsane El-Kadi, the director of Radio M Station, and journalist Khaled Drareni were also detained.

Drareni's lawyer, Zoubida Assoul, said he was held in barracks on the capital's outskirts, where he contacted his family once, at 1.30am via telephone.

Assoul added that El Kadi and Tabbou were detained in the same barracks as Drareni.