'I am Muhammad,' reads one protester's sign in Algiers on Friday (MEE/Mohamed Kaouche)
By
MEE and agencies

Algerian authorities have reportedly turned down a French request to allow Cherif and Said Kouachi – suspected of carrying out a deadly attack on satirical magazine Charlie Hebdo – to be buried in the country, according to local media.

The rejection of the suspects' burial in Algeria comes as several police officers were injured in the capital Algiers as hundreds marched after Friday prayers to protest against the magazine's cartoons. Protests over the cartoons on Friday were also reported in Jordan, Sudan, Niger and Pakistan.

"This is my religion," protester Mohammed Rechache, a truck driver marching with his son, told News24 in Algiers. "I am with my prophet and they criticised him."

Privately-owned Algerian newspaper Ennahar reported on Saturday that the French request to bury the Kouachis in Algeria "was met with swift and firm rejection from the Algerian authorities, as the Kouachi brothers do not carry the Algerian nationality".

The newspaper added that France's desire to bury the bodies of the Kouachi brothers, who are of Algerian descent, in Algeria was an attempt to "get rid of a ticking time bomb", that is bound to cause a "security headache" even after the death of the perpetrators of the armed attack on Charlie Hebdo.

Twelve people were killed on 7 January when masked gunmen, believed to be the Kouachi brothers, attacked the Paris headquarters of Charlie Hebdo, a satirical magazine known for printing offensive material, including derogatory cartoons of the Prophet Muhammad.

Said and Cherif Kouachi were killed by police on Friday 9 January in a warehouse in Dammartin-en-Goele, a small town north of Paris. 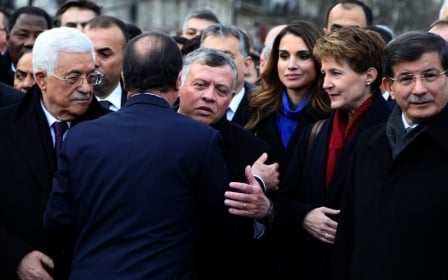