History did not start in Paris on Sunday

David Hearst
Fourteen years into a cycle of intervention and terrorism, the penny should at last have dropped in Paris last week. It did not. 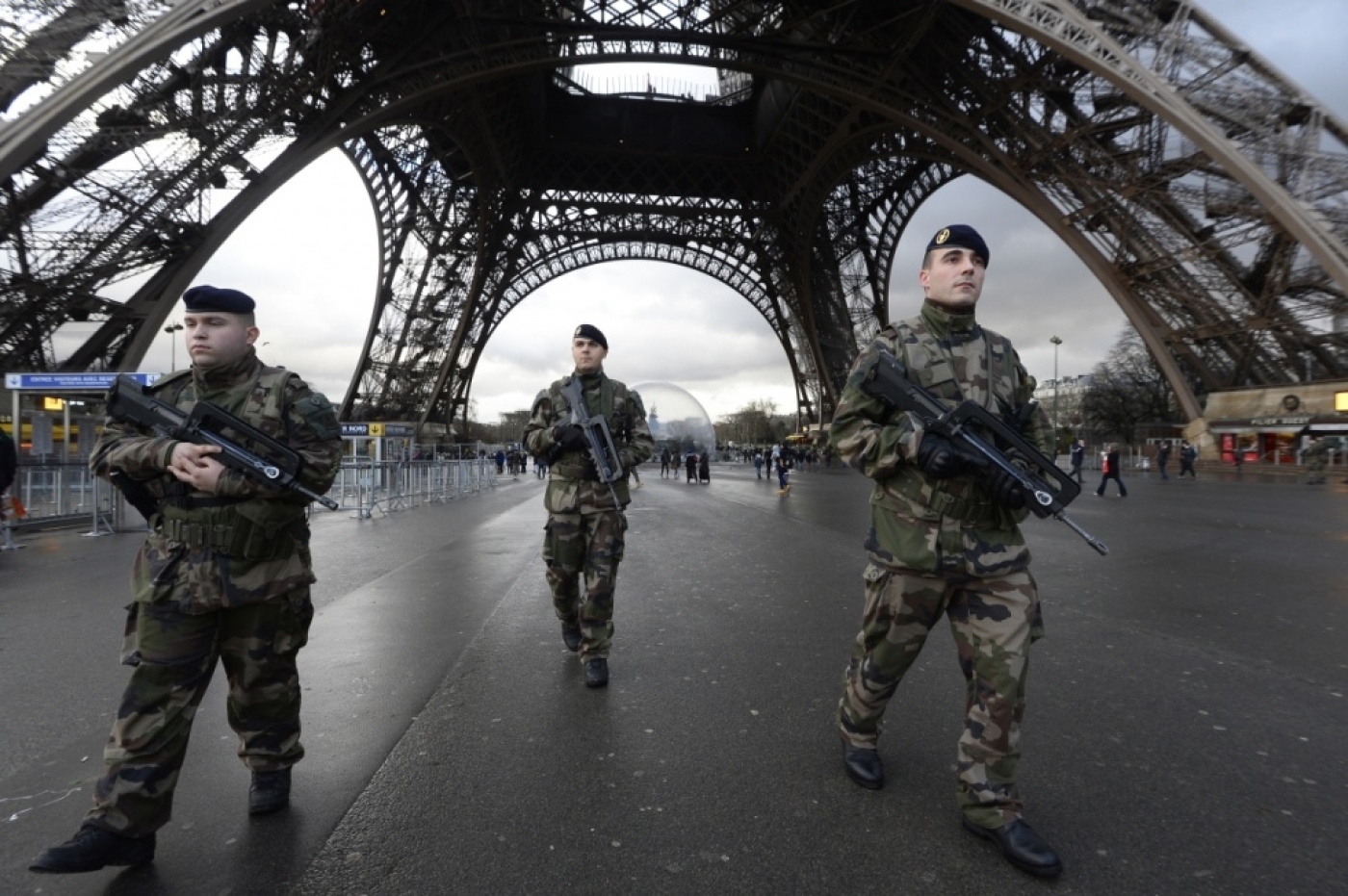 A nation in trauma struggles to invest meaning into a national tragedy. The number of coffins demand it, but numbers alone cannot do it. Upwards of 4 million people came out onto the streets to answer it and the question still remains unanswered. What were the deaths of 17 people, five of them chosen randomly, about?

Press freedom? Then what were the foreign ministers of Egypt, Bahrain, Algeria and UAE doing there? Why was anyone joining hands with King Abdullah of Jordan who has just sent a journalist to 15 years hard labour? And what about Benjamin Netanyahu who during his time in office has killed more journalists than any nation bar Syria?

The French republic? But the gunmen were French. Paris was not invaded by aliens, body snatchers, barbaric Arabs attacking peaceful Europeans in their place of work. The gunmen were born, educated and imprisoned in France. How much more French do you want them to be?

A clash of civilisations? The cartoonists of Charlie Hebdo were not freedom fighters for secularism, patrolling the borders of freedom on behalf of satire and the republican right to blaspheme. Charlie Hebdo was losing readers when it came up with their publishing coup.

The cartoons were unfunny. They were ugly physically and ugly mentally, but the images proved to be more powerful than the small and struggling bankrupt magazine that published them. They flung Charlie Hebdo centrifugally away from its humanist roots into another orbit entirely. Charlie Hebdo became the poster boy for a binary mental model where “European values” are in opposition to, and threatened by, a retrograde Islamic world, of which the jihadis are just the most violent and visible element. On Islamism,  the left of '68 became indistinguishable from the extreme right - Charlie Hebdo and Marine Le Pen fused into one.

History did not start on Sunday in Paris, much as the world’s liberal press wanted it to. The scenes in Paris reminded The Guardian’s Natalie Nougarede of the liberation from the Nazis in 1944, another binary mental model where the French are liberated from barbarians (all the work of Paul Webster, her  former colleague who revealed Mitterrand’s past and the extent of Petain's collaboration with the Holocaust deleted from The Guardian’s memory banks).

The history of France’s involvement in the Middle East goes back longer than that, and one glimpse of the brutality and barbarism of that colonial past can be seen in a stamp issued in 1922, which unbelievably, commemorates the beheading of Moroccan Muslims, their heads lined up on a wall.

Decolonisation did not bring disengagement. Arab dictators served many functions but one of their most important was as Western proxies, freelance torturers who offered Western intelligence services the bonus of deniability. In Tunisia, the torture was carried on in the basement of the Ministry of Interior, right next to the French embassy. This cosy arrangement between civilised Europe and barbarian Arab was disturbed, temporarily as it turned out, by the Arab Spring, and France knew that, which was why the gut reaction of its foreign minister at the time was to offer Ben Ali the equipment of the French riot police.

Hollande is, sadly, four-square behind Arab dictatorship, and the foreign ministers of those dictatorships were in the front two rows of the march on Sunday. David Cameron and Angela Merkel still harbour doubts about the wisdom of appearing on the same platform as Abdel Fattah el-Sisi. But Hollande did not. He had him to lunch. He called the man who ordered the worst massacre of civilians in modern history a partner. He said that an Egypt which is still detaining tens of thousands of political prisoners, among them dozens of journalists, is in a transition process. It “was respecting the Road Map, permitting full success for Egypt”.

France under Hollande is as interventionist in the Middle East as America was under Bush. Hollande’s defence minister, Jean-Yves Le Drian, has been pushing for months to muster support for a second western intervention in Libya.

He said in Niamey after meeting Niger's president Mahamadou Issoufou: “Libya is chaos today and it is a breeding ground for terrorists that threaten the stability of Niger and, further afield, France. We think that the moment has come to ensure that the international community tackles the Libyan problem.” French troops are mustering on Libya’s southern border.

The one person who sees the utter folly of this is not a French socialist, but a Gaullist, Dominique de Villepin, the French foreign minister who rightly opposed the invasion of Iraq in 2003, and earned France international opprobrium in the US for doing so.

He wrote in Le Monde the only words of wisdom to appear in that newspaper:

“Western interventions are systematic: they appeared to be independent operations driven by various ambitions, but they have succeeded in a singular result: the emergence of an elusive jihadist enemy and the collapse of states and civil societies in the region. We now know some of the operations that heralded all this: the operation in Libya in 2011 and its implosion since that date has transformed the country into a terrorist landmark in the Sahara; and in the Sahel, in particular in Nigeria bordering Cameroon and Chad where Boko Haram is extending its barbarous grip. But these wars always nourish new wars, each time larger, each time increasingly impossible. They nourish terrorism among us with promises of eradicating it. [The truth is] we will only overcome jihadism there and terrorism here by bringing concrete solutions to the crises in the Muslim world, which are at the same time territorial, social, political and economic - conflicts that we simplify by seeing only the Islamist symptom. The spirit of war is a trap. It is a cycle that is driving us every day toward a war that is out of control. In the name of our democratic values our duty is to resist the spirit of war. The only victory the fanatics could hope for is to convince us that we are carrying out a total war; to lead us into a cul-de-sac of force we believed to be a short cut.”

If there is a history which France shares with the Middle East, there is also a common geographical space. There is no more pressing reminder of this than the figures released by the International Organisation of Migration.

2014 saw the largest wave of mass migration since the Second World War, with wars in Syria, Libya and Iraq, and instability in the Arab world causing the displacement of 16.7mn refugees. Double that number are internally displaced in the Arab world. Forty-five thousand of them risked their lives by trying to cross the Mediterranean and the number of dead rose to over 3,000.

The refugee problem has only been worsened by the xenophobic nationalism inside Egypt, which has turned on the 300,000 Syrians welcomed before the military coup.

And so we return to the men with whom Hollande was linking arms on Sunday. Are they the answer or the problem? Is Sisi a “new Martin Luther” for telling the clerics of Al-Azhar University, an ancient centre of Islamic learning in Cairo, that Islam needs a religious revolution? Or is he a despot who will use any cause to perpetuate his vicious rule?

Fourteen years into this cycle of intervention and terrorism, the penny should at last have dropped. It did not in Paris. After the gunmen went after cartoonists, they went after Jews. After that, Muslims are next, in schools, in demonstrations, on the streets, in their mosques. And it’s only a matter of time before all this rage and hatred will express itself in bombs. Not the bombs that go off in the Metro, but the bombs that fall from French fighter jets.

Centuries of colonial and post-colonial military intervention have created two sorts of victims - those who have names, fallen soldiers, executed hostages, the editorial staff of Charlie Hebdo - and those who are just numbers - millions of Algerians, Moroccans, Iraqis, Syrians, Egyptians, Yemenis, Libyans and Palestinians. One belong in a bubble called defending freedom. The other belongs to the chaos and barbarism of the world outside. We actually live in one world, with one history, and one geography.  A Europe that has participated in every Western military intervention in the last two decades may just be about to find this out. 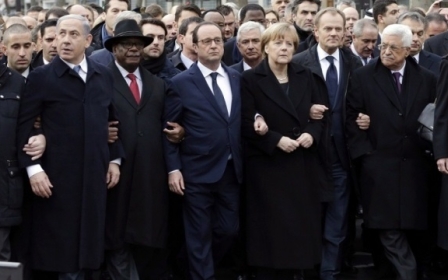 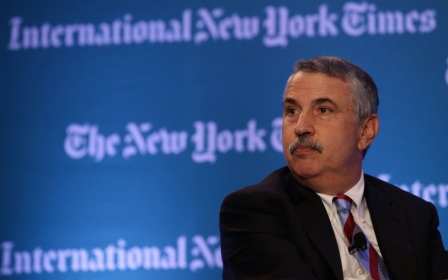 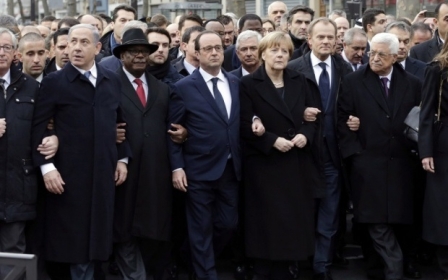