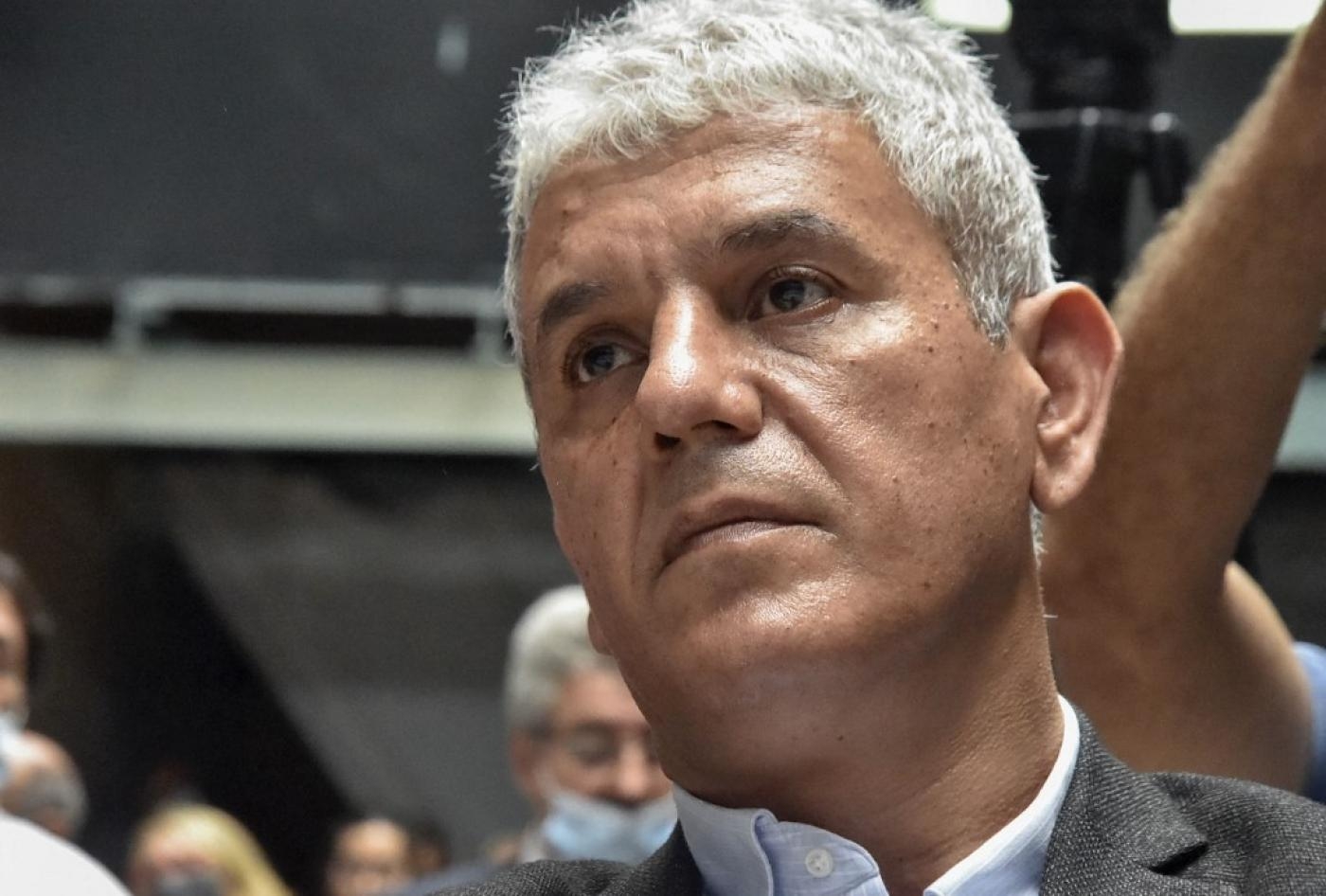 The Rally for Culture and Democracy (RCD), led by Mohcine Bellabas (photographed), received a formal notice this month from the Interior Ministry requiring them to cease activities ‘contrary to the regulations' (AFP/Ryad Kramdi)
By
Ali Boukhlef
in
Algiers

Secular political parties threatened with dissolution in Algeria have accused authorities of overseeing an assault on liberties ahead of the third anniversary of the pro-democracy Hirak movement.

The secular opposition party Rally for Culture and Democracy (RCD) received a formal notice on 6 January from the minister of interior, requesting it to cease activities deemed "contrary to regulations." 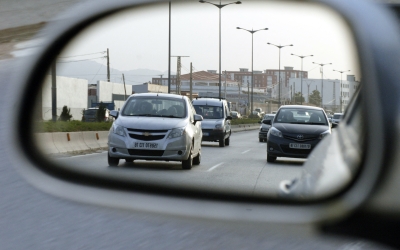 In Algeria, cars are now a rare and expensive commodity
Read More »

The party, founded in 1989, risks dissolution because it hosted a meeting on 24 December for an alliance of opposition parties called the Forces of the Democratic Alternative (PAD), which was formed during the 2019 uprising to advocate for democratic change and an independent judiciary.

The alliance is made up of seven liberal and left-wing political parties, including the RCD, the Workers' Party (PT), the Socialist Workers' Party (PST), the Union for Change and Progress (UPC), the Democratic and Social Movement (MDS), the Party for Secularism and Democracy (PLD), and the Algerian League for the Defence of Human Rights (LADDH).

The ministry's notice came despite the fact that Algerian law governing political parties does not require prior authorisation for meetings held by a political party on its premises.

The Hirak protests erupted in February 2019 after then-president Abdelaziz Bouteflika declared his bid for a fifth term in office. The longtime president had to step down following weeks of the pro-democracy protests.

The movement behind the protest, Hirak, continued even after Bouteflika's departure and the election of a new president in December 2019, Abdelmadjid Tebboune, who has been perceived as part of the establishment of the former president.

The demands have since been centred on the overhaul of the entire ruling system, in place since Algerian independence from France in 1962. The Covid-19 pandemic has led to a halt in protests for nearly one year, but the protest marches returned since February last year.

Some 300 people currently languish in jails in Algeria due to their links to the Hirak movement, according to estimates by the National Committee for the Liberation of Detainees (CNLD) rights group in December.

Meanwhile, days after the ministry's notice to the party, RCD president Mohcine Belabbas was summoned by the judiciary for investigation, for having "illegally" employed a Moroccan national who died during the construction of his house.

“The government is in the process of back-stepping on the democratic progress of the Algerians,” Said Salhi, vice-president of the Algerian League for the Defence of Human Rights (LADDH), told Middle East Eye.

"This is all the more serious since [this pressure] is being brought to bear a few weeks from the commemoration of the third anniversary of Hirak.”

This is not the first time for RCD to trigger the ire of the authorities.

The party, which refuses to accept the nation’s current political process and calls for systemic change, had received threats of dissolution in the past.

Back in June 2020, Belabbas announced that his party had received a letter from the interior ministry threatening it with dissolution. The reasons underpinning this threat were almost identical to those put forward at the beginning of 2022. The RCD was accused of holding political meetings for members of the opposition at its premises.

This party is not the only one feeling the heat.

In May 2021, the interior ministry lodged a request with the Council of State, the nation’s highest administrative judicial authority, aimed at starting a process of dissolution against the Union for Change and Progress (UCP), whose president, lawyer Zoubida Assoul, has been a prominent opposition figure and one of the faces of the Hirak movement. Assoul has been calling for a change of government and early presidential elections.

A month earlier, the same ministry had highlighted the "non-conformity" of the actions of the UCP and its president with the law, adding that Assoul “pursued activities under the cover of the presidency of the party despite the absence of legal status, as required under the provisions of the fundamental law of the party”.

Assoul has commented on the move against RCD, saying the interior ministry is repositioning itself as "a censor of partisan activities".

According to Assoul, to comply with the law, in April 2021, her party held a "legal compliance" conference, under the terms of the law that states parties must renew their governing bodies every four years, and has once again filed its submission with the interior minister, which has not replied.

The notice was subsequently suspended, but fears of dissolution remain.

The Socialist Workers' Party (PST), part of the secular alliance, denounced the threat of dismantling the RCD as "a slide towards authoritarianism". It said that the only means of resisting the crackdown is unity among opposition forces.

Like the UCP, the PST has received a request from the interior minister to "comply with the law" specifically by organising a conference. The PST leaders have complied. A submission has been filed, but the authorities have never replied, leaving the party completely in limbo, according to its members.

A fourth party within the alliance, the Algerian Democratic and Social Movement (MDS) has also found itself in the crosshairs of the authorities.

On 9 January, its national coordinator, Fethi Ghares, 47, was given a final two-year prison sentence and a fine of 200,000 dinars (around €1,200) for "undermining national unity".

He was charged with making statements considered "offensive" to the president and other Algerian leaders. Specifically, he said in October 2020 that "the children of Hassiba Benbouali [an icon of the Algerian independence war] would not kow-tow to Abdelaziz Bouteflika's minister [referring to Abdelmadjid Tebboune], embodying the continuity [of the former system]”.

While the above-mentioned parties continue to exist despite repeated threats of dissolution, the Youth Action Rally (RAJ), no longer exists legally. The administrative chamber of the Algiers court of Bir Mourad Rais pronounced its dissolution in October.

'The decision to dissolve the RAJ ... is an alarming indicator of [the government's] commitment to crack down on independent activism'

Once again, the courts came down in favour of the interior ministry which judged that the party activities were "in contradiction with the objectives listed in its statutes". The authorities charged the RAJ with playing a key role in the protests of 2019 and 2020.

"The decision to dissolve the RAJ [...] is an alarming indicator of their commitment to crack down on independent activism," Amna Guellali, Amnesty International deputy regional director for Middle East and North Africa, said in October.

Several members of the RAJ, in particular its president Abdelouahab Fersaoui, were prosecuted and up to nine of them are incarcerated.

Sentenced to a year in prison for "undermining the integrity of the national territory", its leader spent six months behind bars between the end of 2019 and May 2020, completing the sentence which was reduced on appeal.

For the secretary general of the Workers’ Party (PT), Louisa Hanoune, who herself spent nine months behind bars in 2019, these government decisions constitute "a decisive step towards a complete authoritarian takeover of political life and the media by the government, to prevent any independent expression, with the aim of maintaining the status quo against the will of the majority of the people”.

This article is an edited translation of a story originally published on Middle East Eye's French website. 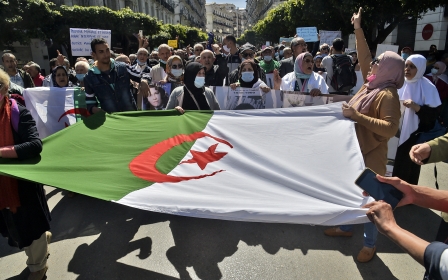 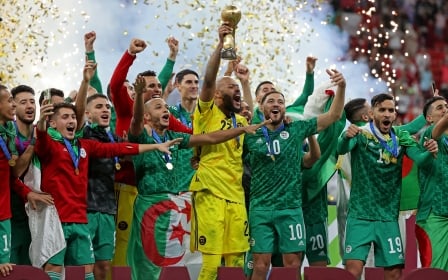 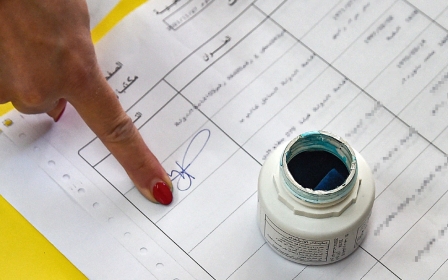