In Algeria, cars are now a rare and expensive commodity

In an effort to keep hard currency in the country and to build its own auto industry, Algeria places severe restrictions on dealerships 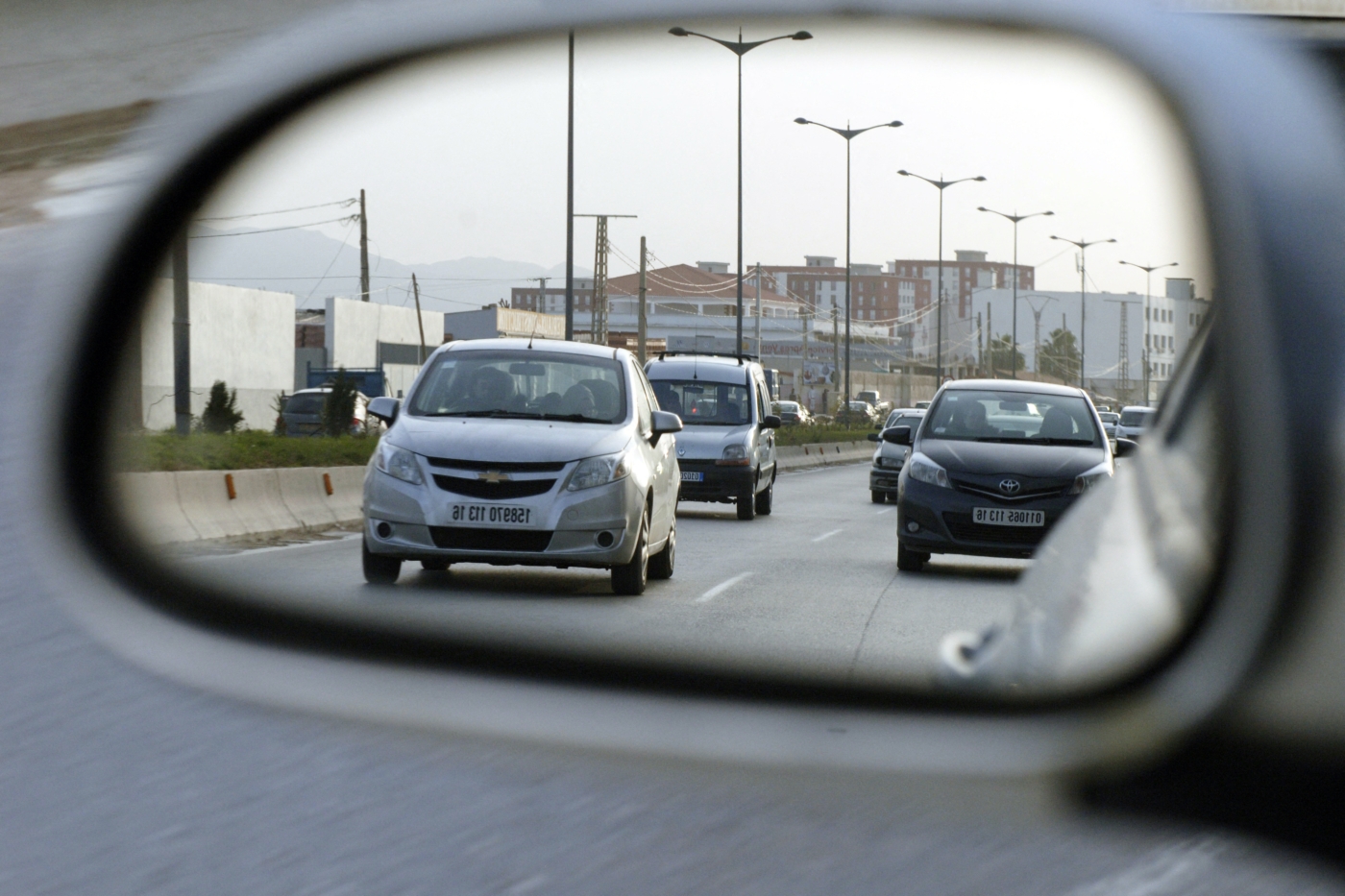 Since 2019, Algeria has only imported a few thousand vehicles, an insignificant number compared to the 450,000 in 2012 (AFP)
By
Ali Boukhlef
in
Algiers

A disused hangar, bay windows covered in thick layers of dust and an upended interior: welcome to the showroom of Korean car manufacturer Kia Motors in Caroubier, a district in the inner suburbs of Algiers, now all but abandoned.

Strategically located at the junction of several main arteries into and out of the east of the country, the dealership was, up until the middle of the last decade, a showcase for the automobile industry in Algeria.

Today, its showrooms, extending over hundreds of square metres, lie almost deserted, save for a handful of staff working on the maintenance of the few cars brought in for servicing.

A very different scene from the dozens of sales people, mechanics, security guards and engineers who filled the site just six years ago.

The owner, Abdelhamid Achaibou, was one of only a few Algerians to have set up a car dealership in the North African country.

For many years his company, Elsecom, marketed foreign brands such as Kia, Suzuki, Isuzu and Ford. In 2015, however, the license that allowed Achaibou to work was withdrawn.

“I’ve had to let more than 1,000 employees go. My business has been almost non-existent since 2015,” a bitter Achaibou told the Algerian Court of Justice on 28 November, as part of a trial related to former officials from the era of deposed president Abdelaziz Bouteflika, in which he was a witness.

After 2015, all the brands he represented were given to other manufacturers authorised to set up assembly plants with the aim of establishing an automotive industry in Algeria.

From 2016 onwards, automotive assembly plants sprung up all over Algeria. Profiting from tax exemptions granted by the state on spare parts required for assembly, those running these businesses had every advantage at their disposal. 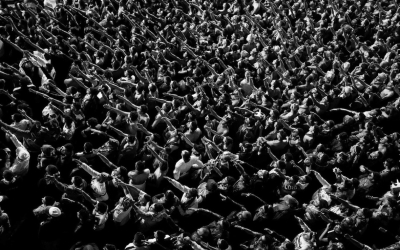 In pictures: Kho, behind the scenes of Algeria’s Hirak protests
Read More »

In less than two years, they had assembled hundreds of thousands of vehicles. During that period, the cost of imported spare parts averaged $4.3bn dollars per year, according to information disclosed on 20 December by former industry minister Youcef Yousfi during a trial attended by Middle East Eye.

Before the court in Algiers, Yousfi, who is accused of squandering public funds and awarding illegal privileges, claimed that his intention was to use automotive assembly lines as a stepping stone towards “developing a full automobile industry”.

This aim stands entirely at odds with the approach of the current authorities, following the dramatic shutdown of these assembly plants in 2019 in the wake of the first wave of the demonstrations that eventually ousted Bouteflika, whose electoral campaign was financed to a large extent by these car manufacturers.

As soon as he came to power in December 2019, President Abdelmadjid Tebboune put a stop to this manufacturing activity and placed an embargo on the importation of cars in order to “keep hard currency in the country”.

In Algeria, the foreign currency paid to importers in dinar conversions for each import operation is the property of the state, through the Central Bank.

Since 2019, Algeria has imported just a few thousand vehicles, an insignificant number in comparison to the 450,000 recorded in 2012.

In December 2020, after several months of dithering, the industry minister at the time, Ferhat Ait-Ali, acknowledged that “imports have not been a priority”. However, he also announced ongoing negotiations with major European car manufacturers.

Since then, the same scenario has been stuck on repeat: specifications are announced before being systematically abandoned along the way. The new industry minister, Ahmed Zeghdar, who took office in June last year, has for months carefully avoided the topic, leaving car dealerships with a complete lack of clarity.

Meanwhile, the government has set up a commission to process submissions from companies wishing to import cars.

But, once again, this group of experts and administrators uses a fool-proof method to ensure neverending delays.

“No submission meets the criteria required by law. I filed a submission to represent the brand Isuzu. But, like everyone else, I have heard nothing back,” Achaibou told MEE.

The result of this clampdown on car imports is that the second-hand car market is booming and cars with tens of thousands of kilometres on the clock are fetching several million dinars apiece.

For example, a 2018 Dacia Sandero might fetch in excess of 2.5m dinars (around $17,952), making it unaffordable for the great majority of Algerians.

'No submission meets the criteria required by law. I filed a submission to represent the brand Isuzu. But, like everyone else, I have heard nothing back'

In an attempt to bring prices down, the Algerian government authorised - as part of the 2020 Finance Law - the importation of used vehicles that are less than three years old. This had not been possible since 2005.

But here again, the rules were ignored. Only veterans of Algeria's war of independence, who benefit from tax exemptions, have been able to individually import vehicles, and some of these cars have been remarketed at high prices.

This situation, paradoxical to say the least, worries Algeria’s foreign partners: the country, which constitutes one of the main automobile markets in Africa, does not allow cars to cross its borders.

Negotiations are being carried out discreetly to unblock the impasse. “The Algerian authorities have accepted the return of European manufacturers,” a European diplomat based in Algiers told Middle East Eye, on condition of anonymity.

“Initially, we were promised it would happen in March 2022. But the Algerian government has asked for a supplementary delay. That’s another month,” he said.

The diplomat also clarified that the Algerian authorities have not “made any particular demands” on the return of foreign car manufacturers. 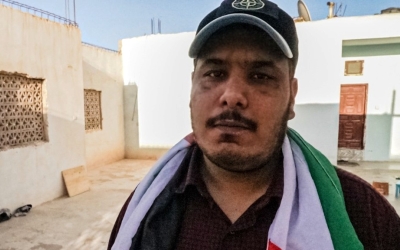 'I can be killed at any time': Police abuse in Moroccan-controlled Western Sahara
Read More »

“For vehicles, the business dispute should be settled within the first months of next year,” Thomas Eckert, head of the EU's delegation to Algeria, confirmed in an interview with Liberte newspaper.

It is probably because of this increase in pressure that Algerian authorities have announced yet another revision of the specifications relating to the import of vehicles.

On 5 December, Tebboune effectively “ordered” the “immediate revision” of the text.

The president also requested “an acceleration in the announcement of authorised dealerships,” emphasising that in order for submissions to be accepted, it was “vital that they evidenced an after-sales service network both at the regional level and in large cities.”

More than a month after this announcement at the Council of Ministers, the government has still not made any pronouncements on the matter. 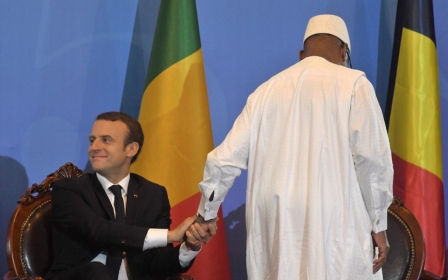 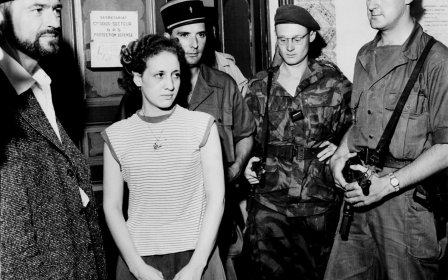 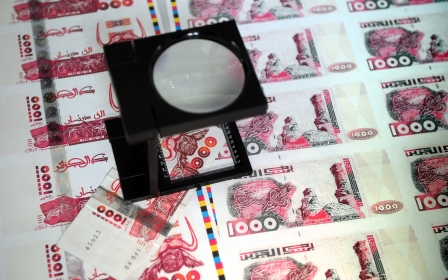