Ally with Syrian army if you're serious about defeating IS: Patrick Cockburn

Veteran war correspondent says UK wants to bomb the Islamic State in Syria not to fight the group, but to remain a key ally of the US 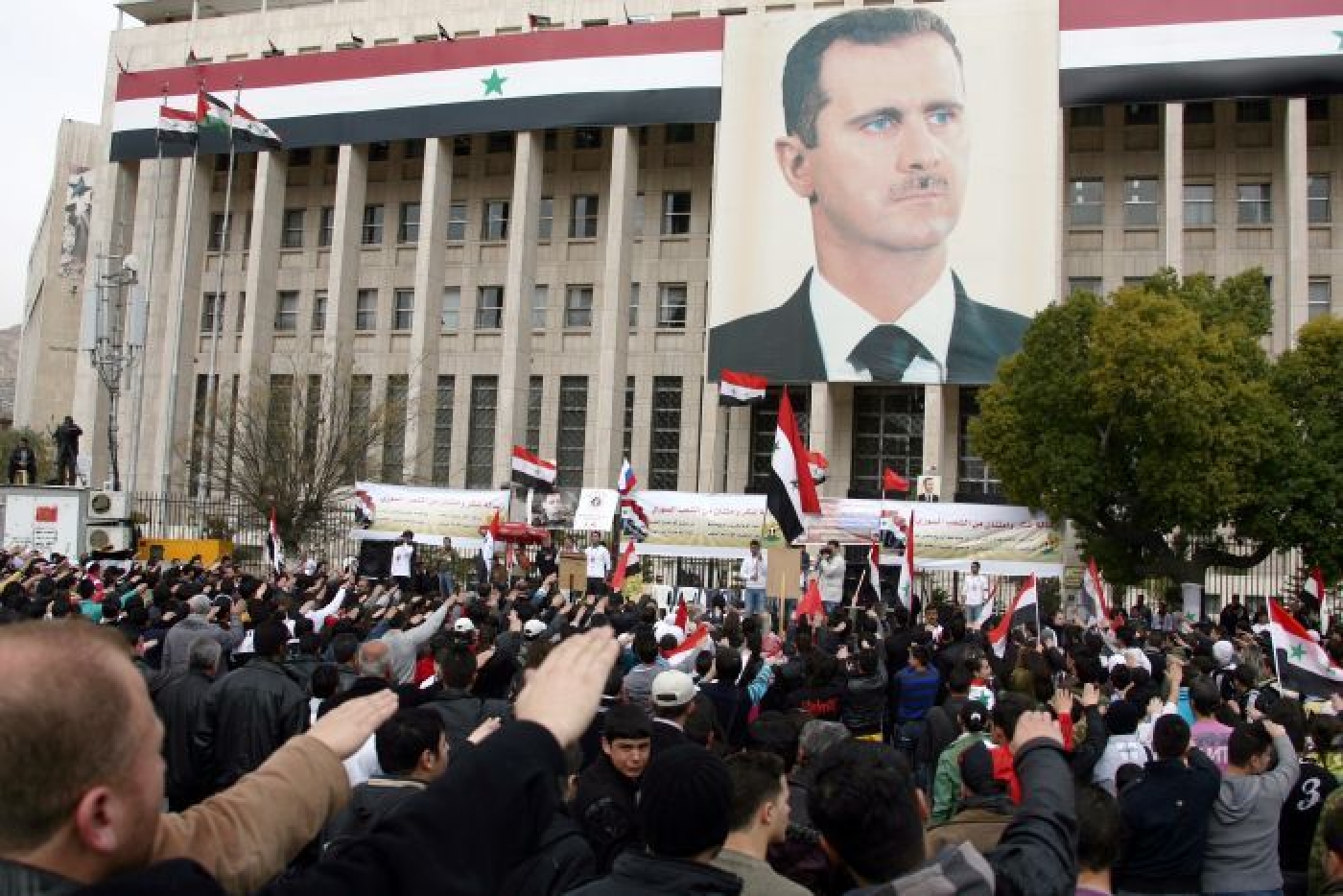 The UK should form an alliance with the army of Syrian President Bashar al-Assad if they are serious about confronting the Islamic State group in Syria, according to veteran foreign correspondent Patrick Cockburn.

The Independent’s Middle East editor said he relayed his belief to MPs from both Labour and the Conservatives when asked to brief them before a Commons debate on Wednesday that ended with the UK joining the US-led coalition and bombing IS in Syria.

In an interview on Thursday with Middle East Eye, Cockburn said: “There has to be some relationship between those who are attacking IS and the real forces on the ground.

“You have to think about a relationship with the Syrian army backed by the Russians as a piece on the board. The largest military force in Syria is the regular Syrian army with Russian air support.”

The international community has so far baulked at allying with Assad, arguing that it is beyond reason to work with a man responsible for the vast majority of deaths in the Syria civil war, in which more than 200,000 have died.

But Cockburn argued that there was no ideal partner on the ground: “Everybody is a difficult partner. The Syrian army has lost 47,000 troops. This is a genuine civil war and everybody hates each other. You have to deal with real facts. You can’t just pretend he [Assad] isn’t there – in the same way you can’t pretend IS isn’t there either.”

Cockburn poured scorn on Prime Minister David Cameron’s claim that there were 70,000 “moderate” forces in northern Syria who could be relied on to fight IS.

'You can raise an army - but they might not fight'

“Syria and Iraq are full of incredibly poor people, many of whom have a rusty Kalashnikov and you can raise an army of 70,000 quite quickly – they might not fight anybody but you could do that," he said. "You have fragmentary groups in Syria who are loyal to the local tribe, their clan, their village, and they probably hate Assad and they hate IS too but they may hate the next village even more.

Cameron has not named who makes up the 70,000 fighting force, and has simply said it is mostly units in the Free Syrian Army.

However, Cockburn dismissed the idea that the FSA is a cogent force capable of acting as an effective army against IS.

“The Free Syrian Army even at its best, which was some time ago, was an umbrella organisation with various fragmentary units," he said, adding that some rebel factions in northern Syria "aren’t particularly Islamic but the general trend is that the opposition is getting more Islamic there."

He said that even those who weren't members of extreme groups were still controlled by "the jihadists" of al-Qaeda affiliate Jabhat al-Nusra and other similar movements.

“You might have a group that doesn’t look like they are extreme jihadi but it operates under licence from those who are.”

Cockburn dismissed rebel claims that Assad had not fought IS, referencing IS videos in which Syrian army soldiers have been beheaded, as well as pointing to battles in Palmyra, near Raqqa, and at an airbase east of Aleppo.

'The UK wants a seat at the top table'

But Cockburn said he did not believe the UK was serious about confronting IS at all, and argued that the desire to join the US-led coalition was a political manoeuvre.

"Why did the UK go into Iraq? Why did they go into Afghanistan? They wanted to remain America’s main military ally," he said. "They want that today and they want to remain at the top table."

Cockburn said it was made clear that the UK was not serious about fighting IS when Cameron focused in Wednesday’s debate on what to call IS – the prime minister believes they should be called Daesh, the anglicised acronym of its Arabic name, because he thinks the group is neither Islamic nor a state.

"[This debate] shows that they aren’t doing things that might be effective and are instead focusing on propagandistic, basically trivial things. To my mind, this shows a certain lack of seriousness about really confronting Islamic State despite the rhetoric yesterday," he said.

"It’s important to remember that, despite David Cameron saying IS is not a state, it is a pretty well organised state. It taxes people effectively. It conscripts soldiers quite effectively – and quite a lot of people want to join because they are no other jobs."

“The bombing has made it harder for IS to use their tanks and it has meant they suffer more casualties. But has it had a big impact? No.

"The Americans thought the bombing was stopping IS launching attacks that were successful in the summer of 2014," he said, in a reference to the group’s takeover of Iraq’s second city of Mosul.

"But just as they were saying that IS captured Ramadi in May and five days later they captured Palmyra in Syria. There were an enormous number of air attacks being made in the Ramadi-Fallujah area at that time according to the Americans and IS still captured these places.

"It’s not that the bombing has no effect but it certainly doesn’t have the effect the Americans imagined it would."

“The rate of bombs might increase but one should point out that the American-led coalition has launched in the region of 8,500 air strikes. There are more planes looking for targets than there are targets available. The British will add a few more planes but that’s not going to increase the number of targets.”

'In Iraq, the Shia fighters are key'

Cockburn said that Iraq's Shia militias should be backed by coalition efforts.

“You have to take on board that the Shia militias in Iraq are more numerous and better motivated and more likely to fight than the Iraqi army. You can’t pretend the Iraqi government is in complete control – it is one power centre in Iraq and a somewhat feeble one.”

Cockburn concluded that the current plan to fight IS was not working – but he added that those who oppose military action were not offering anything either.

“If you’re going to confront this properly neither Jeremy Corbyn (the people opposing air strikes) nor the people who are pro-bombing are actually proposing to do anything which is going to trouble Islamic State too much.”

Reports have suggested that Cockburn was asked by Labour leader Jeremy Corbyn to brief only his MPs before the Commons vote on Wednesday. However, Cockburn said his briefing was to politicians from both sides of the House, and added that he was not party political. 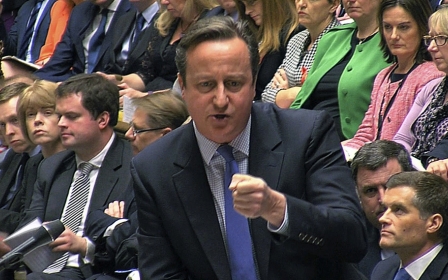 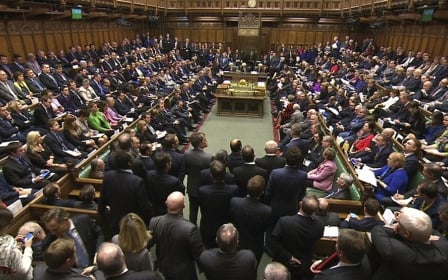 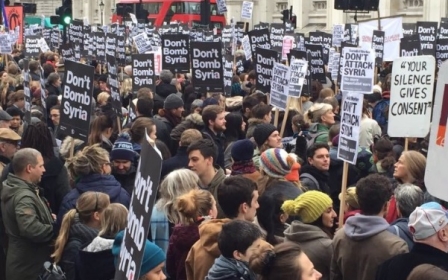