According to testimony from more than 170 migrants, Italian police have beaten and electric-shocked asylum seekers 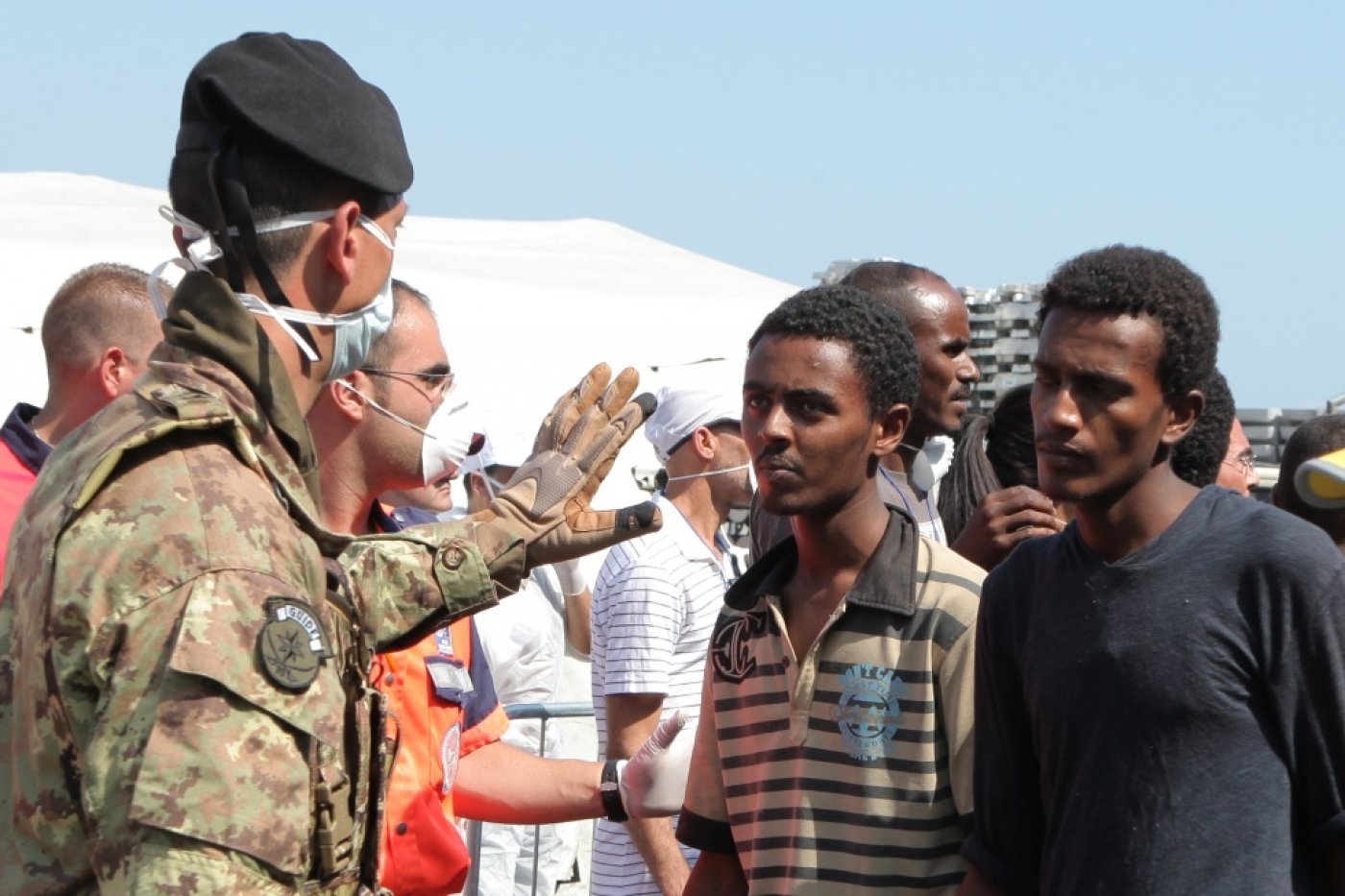 Italian police have used beatings and electric shocks, potentially constituting "torture", to coerce migrants into being fingerprinted as Italy cracks down on refugees under pressure from the EU, Amnesty International said on Thursday.

"The European Union's pressure on Italy to 'get tough' on refugees and migrants has led to unlawful expulsions and ill treatment which in some cases may amount to torture," the human rights NGO said in a report.

The EU-sponsored "hotspot approach" for processing people - which requires Italy to fingerprint arrivals so they can be prevented from claiming asylum elsewhere - has even seen minors abused, according to testimony from more than 170 migrants.

Some migrants do not want to be fingerprinted as they hope to continue on to an EU country of their choosing and apply for asylum.

Last year Europe saw an influx of more than one million migrants and asylum seekers fleeing war and poverty in the worst such crisis since the second world war.

"In their determination to reduce the onward movement of refugees and migrants to other member states, EU leaders have driven the Italian authorities to the limits - and beyond - of what is legal," said Matteo de Bellis, Amnesty International's Italy Researcher.

"The result is that traumatised people, arriving in Italy after harrowing journeys, are being subjected to flawed assessments and in some instances appalling abuse at the hands of the police, as well as unlawful expulsions," he was quoted as saying.

Of the 24 reports of ill-treatment Amnesty gathered, 16 involved beatings. In several cases, people also said they had been given electric shocks with stun batons, including a 16-year-old boy from Sudan.

"They gave me electricity with a stick, many times on the left leg, then on right leg, chest and belly. I was too weak, I couldn't resist and at that point they took both my hands and put them on the machine," the teenager said.

Another 16-year-old said police had inflicted pain on his genitals. A 27-year-old told Amnesty that officers had beaten and electric-shocked him before making him strip and using a pair of three-pronged pliers on him.

"I was on a chair made of aluminium, with an opening on the seat. They held [my] shoulders and legs, took my testicles with the pliers, and pulled twice," he said.

The NGO said that while the vast majority of fingerprinting takes place without incident, the findings of this report raise "serious concerns" and it called for an independent review of the situation.

De Bellis told AFP the testimonies were consistent with each other and therefore, while Amnesty cannot verify every detail of each account, "we are certainly in a position to say there is a problem of use of excessive force by the police".

Under pressure to root out genuine asylum-seekers from economic migrants, police quiz new arrivals without providing them psychological support for traumas suffered during the journey or advice on asylum procedures.

And as Europe races to close its borders, Italy has been seeking to increase the number of migrants it sends back to their home countries and has negotiated readmission agreements "with countries that have committed appalling atrocities", Amnesty said.

One such Memorandum of Understanding was signed with Sudan in August, allowing for a summary identification process that, in certain circumstances, may even take place in Sudan, after the expulsion has been carried out.

"Even if the identification takes place in Italy, it is so superficial and so heavily delegated to Sudanese authorities that it does not allow for an individualised determination that a person will not be at real risk of serious human rights violations upon return," the rights group said.

Amnesty cited a case of 40 Sudanese put on a plane to Khartoum on 24 August, saying it had spoken to a 23-year-old man from Darfur who was on this flight and was beaten by security forces on his arrival.