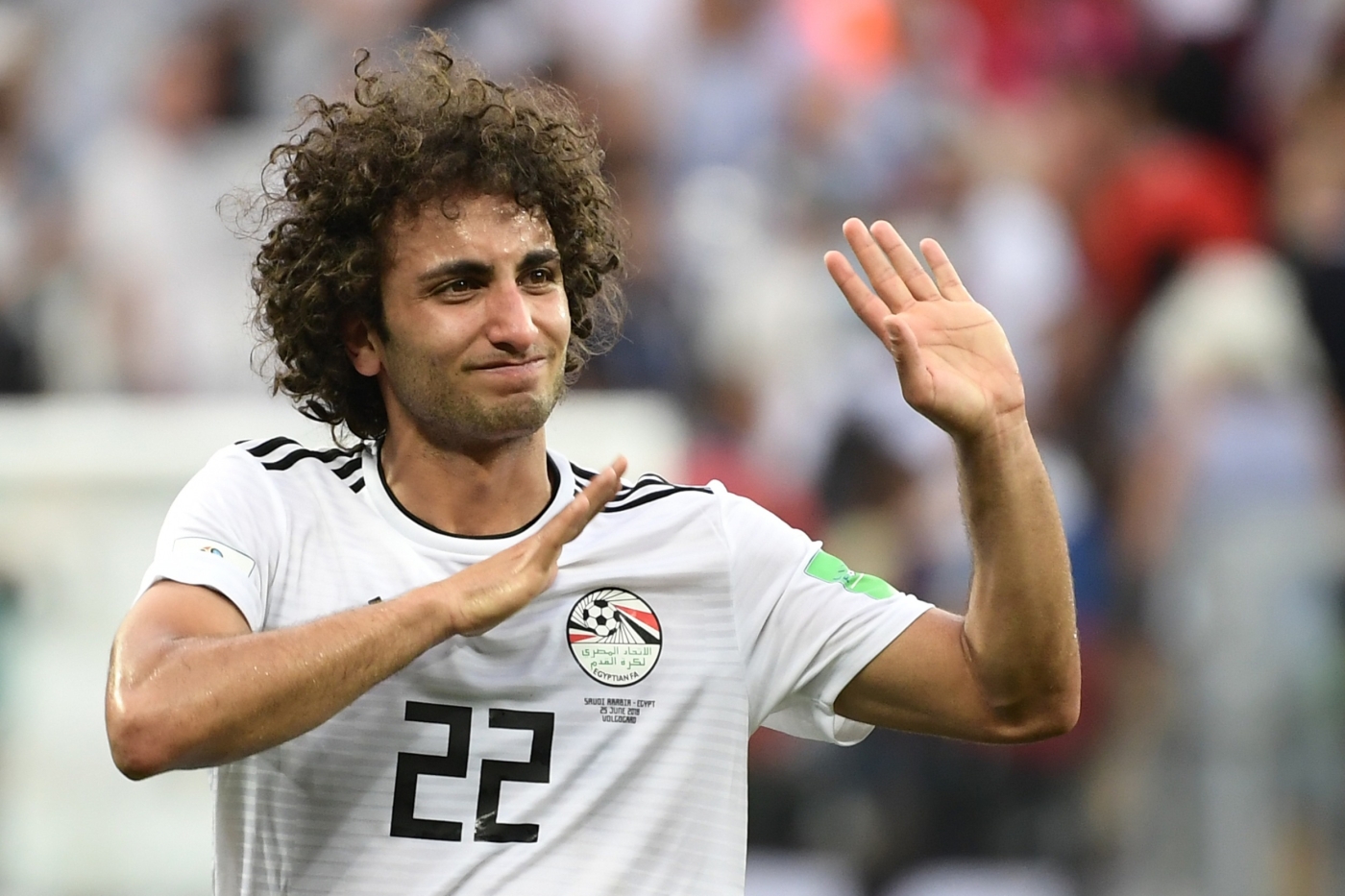 The Egyptian national football team has said it would reintegrate midfielder Amr Warda on Friday, a mere two days after he was suspended over allegations of sexual harassment.

Earlier this week, at least six women posted screenshots of personal messages they had allegedly exchanged with Warda which included lewd comments. One clip posted on Twitter showed him apparently exposing himself to her. Middle East Eye cannot verify the authenticity of the posts.

The head of the Egyptian Football Association, Hany Abou Rida, "has decided to reduce the suspension of the player so it only runs until the end of the first round" of the ongoing Africa Cup of Nations, the association said in a statement.

With only one more game to play before the round of 16 for Egypt, the host of the competition, Warda was in effect only off the team for two games - one against the Democratic Republic of Congo on Wednesday, and the other against Uganda scheduled for Sunday.

The case sparked a ferocious debate on social media on sexual harassment in Egypt - with some calling for 25-year-old Warda to be punished to set an example, while others urged for him to be given a second chance and forgiven for "a mistake".

Warda posted a video on Facebook in which he apologised to his family, his teammates, to the EFA and to “anyone who is upset at me or anyone I have upset" - without directly addressing himself to the women he is alleged to have harassed.

Star Egyptian forward Mohamed Salah called for Warda to be given another chance and argued that he “shouldn’t be sent straight to the guillotine” - a reaction which led a number of people to question Salah’s previously stated commitment to women’s rights.

In April @mosalah “I think we need to change the way we treat women in our culture...It’s not optional...I support the woman more than I did before, because I feel like she deserves more than what they give her now.”
In June, he enables serial sexual harasser Amr Warda #Egypt pic.twitter.com/5PW86MwSI8

According to Egyptian sports website FilGoal, Salah and four other players on the Egyptian team - including captain Ahmed Elmohamady - interceded on Warda’s behalf with Abou Rida.

The hashtag “Team of sexual harassers” has been trending in Egypt for the past few days, denouncing Warda and the support he has received from his teammates.

#SalahSupportsSexualHarassment #منتخب_المتحرشين Supporting a person who has been frequently harassing women since 2013; in a country where sexual harrasment is a norm is an absolute disgrace! I’m very disappointed!

Meanwhile, a number of women who have come forward accusing Warda of misconduct have been on the receiving end of insults on social media.

Sexual harassment in Egypt has made headlines locally and globally since the 2011 revolution.

Despite legislation and civil society efforts to address the practice, surveys have shown that nearly 60 percent of women have been the target of this form of violence in public spaces, and an equal proportion of men have admitted to harassing women in public.

A 2013 research by the UN, meanwhile, estimated that 99 percent of women in Egypt had been subjected to some form of sexual harassment at some point in their lifetime.