It remains unclear who, if anyone, will replace him but Blair has vowed to 'continue to work with the key regional players, the USA and the EU' 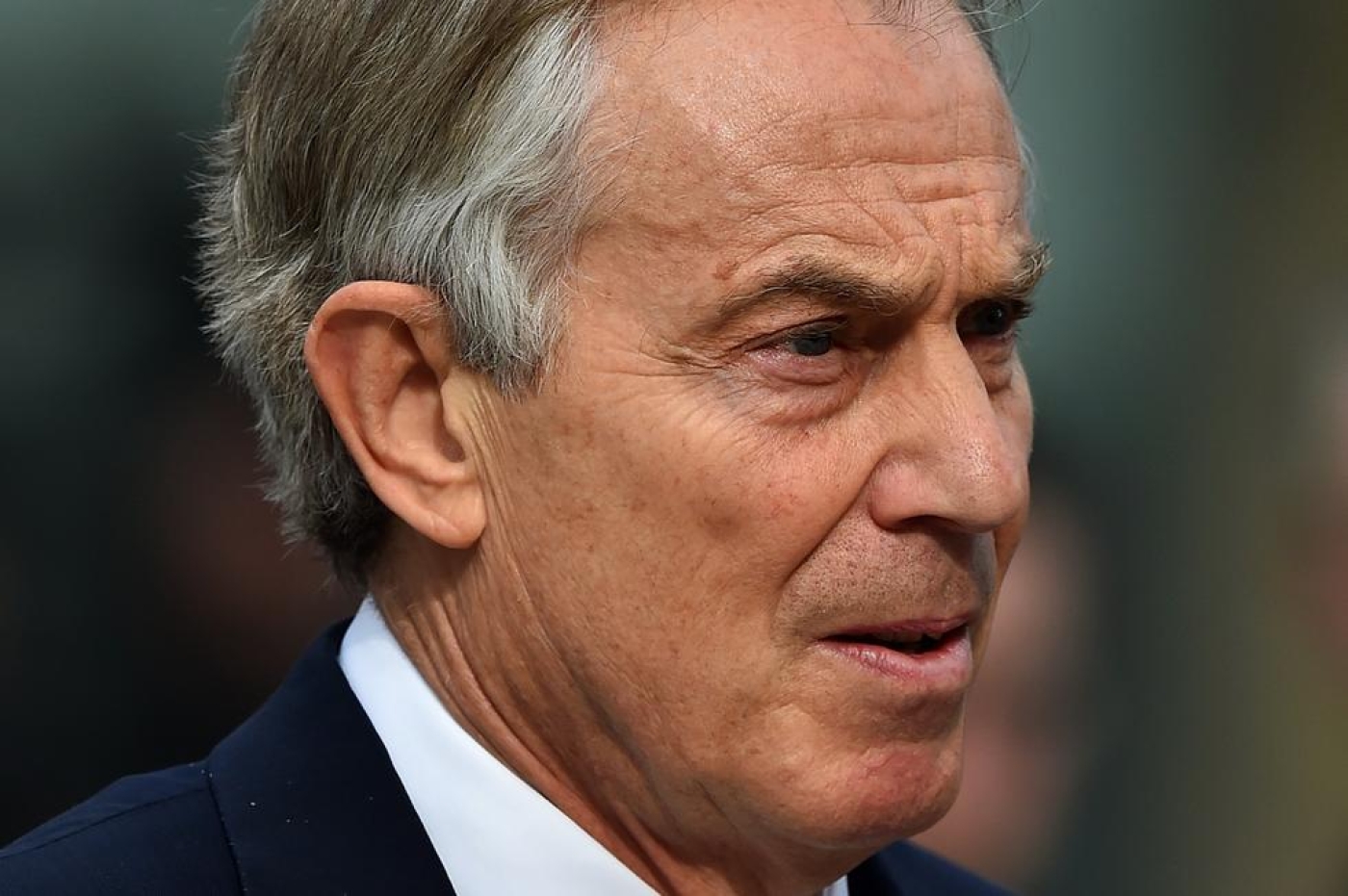 Eight years after being appointed by the Quartet as the Middle East peace envoy, news broke on Wednesday that former British Prime Minister Tony Blair would be resigning.

An anonymous source told media that Blair had submitted his letter of resignation to UN chief Ban Ki-moon and would officially step down next month, although the rumour mill appears to have been churning for months.

“It was clear for some time that he would be leaving, so this has come as no surprise,” said Hanan Ashrawi, a former Palestinian negotiator and current legislator.

“But it is about time. It has long been clear that nothing at all was getting done.”

The Financial Times first published reports about Blair’s exit back in March when it alleged that the US and EU had grown so frustrated with his poor links with the Palestinian leadership that they had begun pushing for his resignation.

The EU - which along with the US, Russia and the UN makes up the Quartet - stopped funding Blair’s office in 2012, while the Americans largely side-lined him during their failed attempt to bring Israelis and Palestinians back to the negotiating table in 2013.

However, questions over Blair’s suitability for the role and his performance as peace envoy date all the way back to his appointment in 2007.

As a key force behind the wars in Afghanistan and then, more controversially, Iraq, where his government was accused of faking evidence to justify an invasion, Blair has long been seen as a warmonger by critics across the British political spectrum and beyond. Many have questioned his credentials as a peace envoy, something that Blair has not been able to shake fully despite stepping down as prime minister in 2007.

“We did not know what exactly to expect in 2007 and nothing was clear, but even back then we knew that Blair was corrupt and above all was politically corrupt,” said Mushen Ramadan, chair of PENGO, an umbrella group for NGOs operating in Gaza and the West Bank.

“He was never going to stop settlements, or push for peace, or demand that international law be applied or the siege [on Gaza] stopped.”

A spokesperson for the Palestinian Authority (PA) went further, telling the FT that Blair has been “a persona non grata for a while”.

“He hasn’t been assuming his responsibility for a long time, so him being in the position or not is almost the same,” they said.

Criticism is levelled at the former Labour Party leader on three main fronts. On the one hand, he has been accused of being absent, and according to Chris Doyle of UK’s Council for Arab-British Understanding (Caabu), of making “what should be a full-time role, a part-time one”. On the other hand, he has been slammed for his allegedly cosy links with the Israelis, in addition to his close ties to and big payouts from autocratic rulers and large corporations.

“What came as a shock wasn’t him leaving, it was that he was still in office. We didn’t hear from him in a very long time,” said Middle East Eye columnist and Israeli analyst Meron Rapoport. “For the last few years he has been especially quiet.”

“Even before then, though, he was looked at with a lot of suspicion from the Palestinians who basically called him an Israeli spokesperson or worse. But also the Israelis, who thought that he was weak and dismissed him as irrelevant.”

In 2010, the Israeli government announced that it would ease restrictions on goods coming into Gaza following the flotilla scandal in which Israeli forces killed nine activists trying to deliver humanitarian aid to the Gaza Strip, which has been under Israeli siege since Hamas won elections and then seized full control of Gaza in 2007.

Blair was quick to come out in support of the Israeli proposals, telling the news media that: “For me, the fact that Israel says, ‘Look, we’re not going to allow things into the [Gaza] seaport, but you can bring them to Ashdod, and we can check them, and then they can come on to Gaza,’ I think that is a reasonable position.”

Ramadan says this view whitewashed the situation and meant that restrictions largely remained in place.

“Blair went to the Quartet and he said, ‘Ah, look, Bibi is going to let in all but some certain items.’ So everyone heard this thought that the siege had largely been eased but actually very little was done, the siege never stopped,” he said.

According to Stop the War coalition, Blair has amassed a fortune worth tens of millions of pounds since he left Downing Street. His close ties with governments such as Kuwait and the United Arab Emirates have also raised eyebrows and netted him millions in consultancy fees. This is on top of the £41,000 of a monthly salary he receives from an oil company owned by the Saudi royal family, and his work with US investment bank JP Morgan and Swiss insurer Zurich International, which earn him £1mn and £500,000 annually, respectively.

Since Blair took over there have been several peace initiatives, from the Annapolis Conference headed by the outgoing Bush administration in 2007, to US Secretary of State Kerry’s latest drive that ended last year, not to mention the Gaza peace talks in 2009 and 2014.

Few would argue that these efforts achieved tangible change, but while Blair’s critics say he should have done more, his supporters argue that the situation is all but impossible to navigate and no amount of good will or political skill could sway the balance.

Being tasked with finding a solution to Israel-Palestine is, according to Sunday columnist for The Independent and Tony Blair biographer John Rentoul, tantamount to the “labours of Sisyphus”.

“He’s been pushing a rock up a mountain and every night it rolls back down again,” Rentoul told MEE. “After eight years you begin to wonder whether there’s anything more you can contribute.”

“It’s not for want of trying but the problems of Israel-Palestine are so deep and difficult that it would wear anybody down,” he added.

There had been indications in the past by Blair himself that he had become deeply frustrated. After last summer’s war in Gaza he said in an article that “the on the ground reality is not conducive to peace” and blamed Israeli and Palestinian politics that were “unable to create the circumstances for peace”.

In addition to his mediating role, Blair was also tasked with developing Palestinian economic structures and institutions, a task he was arguably more successful at.

In 2013, Kerry publically asked Blair to lead a $4bn investment drive in the Occupied Territories, which was intended to kickstart the economy.

According to experts convened by Blair, the plan could have increased GDP by 50 percent over three years, cut unemployment in the region by two-thirds from 21 per cent to 8 per cent and raise the minimum wage by 40 percent.

Two years in, however, only small improvements, such as tourism in Bethlehem, appear to have been championed.

The World Bank now says that, thanks to the Israeli blockades, war and poor governance, Gaza’s economy is “on the verge of collapse” with unemployment above 40 percent. Overall unemployment has also risen and stands at around 25 percent.

“[Blair] had no political mandate and a limited economic mandate - and he didn’t do much with that either,” said Ashrawi, who previously said Blair’s only achievement during his time as envoy was amassing “frequent flyer points”.

“It’s not a matter of making lives a little easier for Palestinians economically, it’s a matter of ending the occupation and all the abuses that come with it - land confiscations, settlements, mass arrests.”

Blair has so far not given any official reason for his expected departure. It remains unclear who, if anyone, will replace him, but Blair has vowed to “continue to work with the key regional players, the USA and the EU”, meaning that eight years on the job, and a long line of critics, may not have dissuaded the “demented optimist” quite yet.