ANALYSIS: Connecting dots from anti-Muslim stabbings to the White House 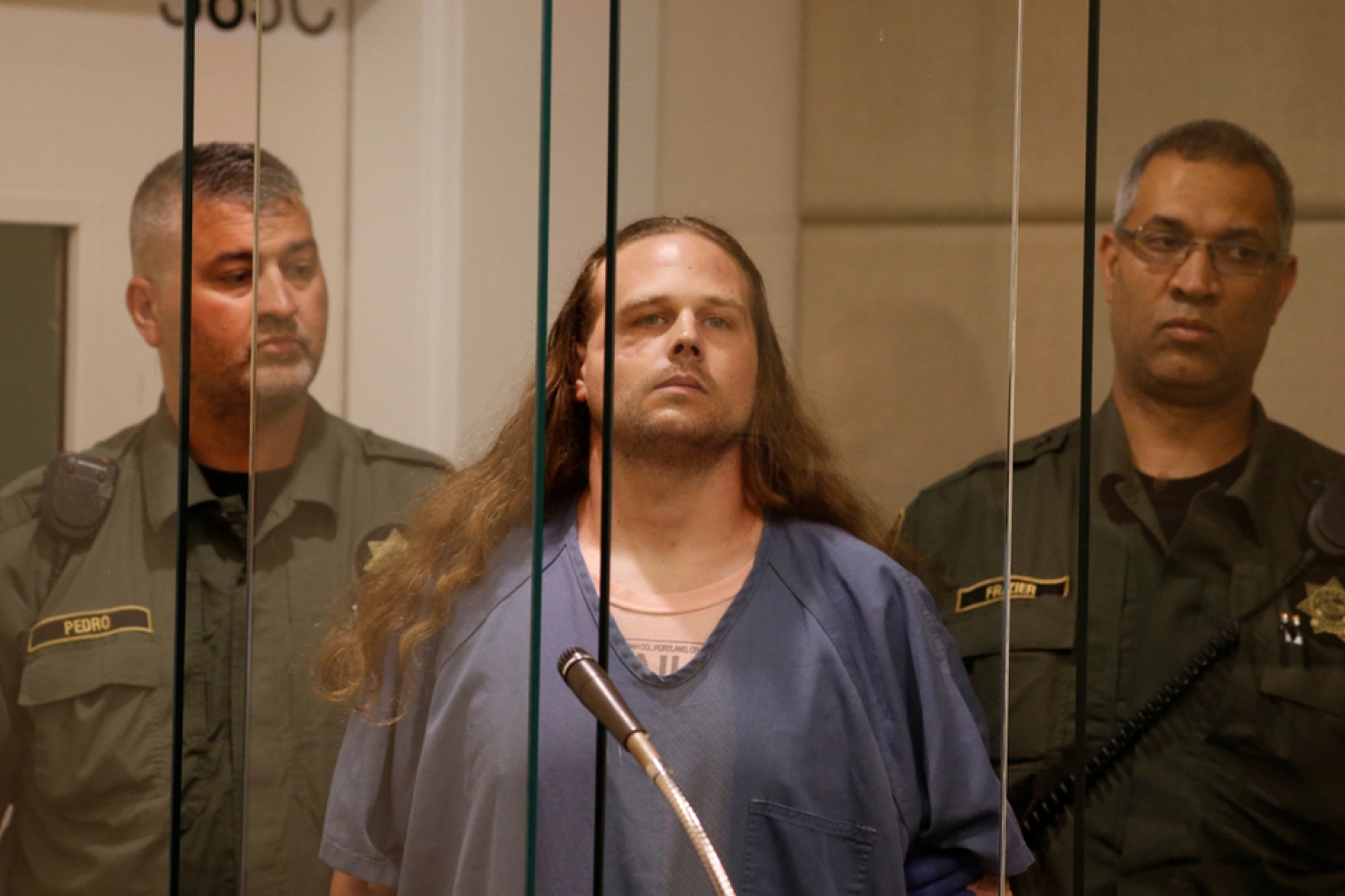 NEW YORK, United States – A man hurls anti-Muslim insults at a young woman in a headscarf and then stabs two commuters to death in Oregon. President Donald Trump pushes his ban on travellers from majority-Muslim countries towards a Supreme Court showdown. His vice president, Mike Pence, warns of “genocide” against Christians in the Middle East.

American Muslims watch these developments closely, wary of signs of an anti-Muslim bias in the White House that could trickle through society and make it more likely that they experience verbal attacks, watch local mosques get torched or take a beating from thugs on the way home from work.

Still, is there a connection?

Do so-called “dog-whistle” signals from the West Wing fuel violent outrages? Case in point is that of Jeremy Christian, 35, who was charged with killing two passengers aboard a commuter train in Portland after they tried to stop him from harassing two young women who appeared to be Muslim.

Or, are critiques of Islamism from Trump supporters and other right-wingers legitimate examples of free speech, and not hate speech? Should they be expected in a country that is at war with the Islamic State (IS) group in Iraq and Syria, and where IS-linked terror strikes in Manchester, London and Paris reawaken the horrors of 9/11?

No 'support' from White House

Left-leaning civil society groups are sounding the alarm. The Southern Poverty Law Center (SPLC), an anti-bigotry watchdog, counted a threefold rise in the number of what it deems anti-Muslim “hate groups” in the US, to 101 in 2016 from 34 in 2015. It traces a line right to the Oval Office.

“We don’t seem to have support in the White House for battling hate when hate is out of control, and people are suffering for it,” Heidi Beirich, director of the SPLC’s intelligence-gathering team, told Middle East Eye.

Two leading groups – ACT for America and the Center for Security Policy (CSP) – have shifted their emphasis in recent years, building relationships with local and national politicians and advocating against refugees from Syria and other hotspots, according to SPLC researchers.

Beirich pointed to Trump’s temporary travel ban on people from several majority-Muslim countries, which has been blocked by lower US courts, and his 26 May statement marking the start of the Holy month of Ramadan.

Such annual memos are typically cheery, but Trump’s offering this year added less-festive lines on the “terrorists and their perverted ideology” that were responsible for “barbaric terrorist attacks” in Britain and Egypt.

Beirich also pointed to Pence’s oratory at the World Summit in Defense of Persecuted Christians on 11 May, when he described IS atrocities in the Middle East as “nothing short of genocide against people of the Christian faith”.

“Mike Pence’s comments about the Christian faith under fire is a narrative that is pushed among the evangelicals where he finds his base – the social conservative movement, which is overridden with some of the most anti-Muslim organisations, like the Family Research Council, that we list as a hate group, and others,” Beirich told MEE.

“There is always this attempt to privilege Christians as victims and not realise that the majority of victims of IS violence and that kind of extremism are, of course, people in Muslim countries. There just seems to be some extreme reticence on the part of this White House to acknowledge that situation and square that.”

This debate about the persecution of Christians has been reignited by the release of a documentary, called Faithkeepers, produced by the Clarion Project, a group that the SPLC criticises for pushing anti-Muslim propaganda.

The film is screening across the US and deals with religious-based attacks on Christians and other minorities in the Middle East.

James Zogby, co-founder of the Arab American Institute (AAI), a civil society group, called it a “not-so-subtle attack on Islam” for conflating real-life attacks on Christians by IS militiamen with the “insidious insinuation that such persecution is at the heart of the Muslim faith”.

Ryan Mauro, from the Clarion Project, disagreed. The movie merely documents real-life cases of Christians and others being killed and forced from towns and villages that had been their homes for generations, he said.

“There’s nothing bigoted about describing a long-standing pattern of a problem with any geographic area,” Mauro told MEE.

Zogby and other critics “put a lot more effort into attacking our film, calling people Islamophobes and part of a secret Zionist conspiracy than they put effort into stopping this type of persecution in the first place,” Mauro added.

For Mauro, data-driven arguments are a legitimate tool against radical Islam. The First Amendment of the US constitution safeguards both the right to practise a faith, but also the free-speech rights to scrutinise the religion and politics of others.

“It’s fine to criticise any religion or philosophy and we should not confuse criticism with bigotry until it crosses the line into wholesale negative depictions and stereotypes of all of it the faith’s adherents,” Mauro told MEE.

He acknowledged that “anti-Muslim sentiment” and bigotry can lead to Portland-style violence, but noted that such attacks are more likely reactions to IS beheadings on YouTube than populist politicians talking about them afterwards.

The so-called “Muslim ban” was re-classified as a security-based restriction on travel from six Middle Eastern countries, he said. During his first foreign trip, to Saudi Arabia, Trump changed tack for a shared platform with Saudi King Salman and other Muslim leaders.

“Trump’s language in Riyadh gave more attention to nuance than in the past. Calling out Islamist extremism, even using the term Islamic terror, is acceptable, as long as you’re responsible by referring to our Muslim allies, and Trump did that,” Mauro said.

Others are unconvinced. For AAI director Maya Berry, Trump is more comfortable discussing Islam overseas than addressing his domestic population of some 3.3 million American Muslims that he once accused of cheering on the 9/11 attackers.

“We’re hearing the common message that Islam is foreign from this administration. President Trump seems to be able to have the conversation with foreign leaders as opposed to addressing the American Muslim community and the concerns we have here,” Berry told MEE.

For Beirich, the celebrity-turned-politician has already shown his true colours.

“Some of what Trump said in Saudi Arabia wasn’t horrific, but he still cannot frame anything except as Muslims and extremism. It’s like the two go hand-in-hand in his mind,” Beirich told MEE. “I’m sceptical of anything he has to say that may all of a sudden make us think he’s not so horrible on this issue because I don’t buy it.”