A year after fishmonger was crushed to death, the killing of 15 women in a food line revives criticism and concerns over desperate conditions 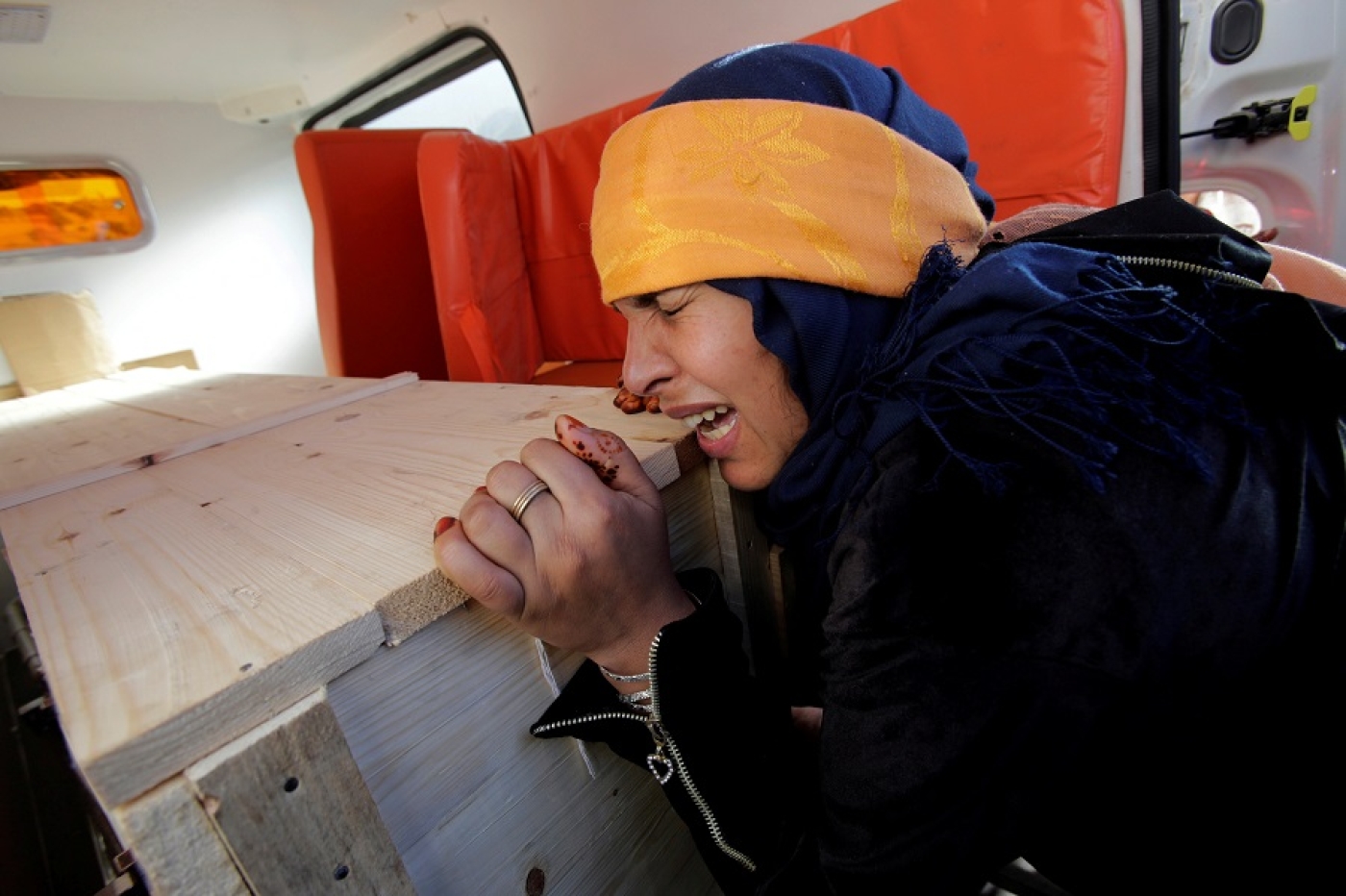 Azizi El Houari mourns the death of her mother Lakbira Essabiry who died in the stampede in Sidi Boulaalam, Morocco on 20 November, 2017 (Reuters)
By
Aida Alami

MARRAKESH, Morocco – They began gathering at 2am on Sunday to wait in line for cooking oil, sugar and flour that a local imam and his association were distributing at the market in Sidi Boulaalam, a village near the coastal city of Essaouira.

Later that morning, when the group began handing out the free food, the crowd that had gathered quickly became violent and turned into a stampede. Fifteen women died as the imam and others stood by and watched.

While the poverty rate fell to less than 5 percent in 2014, almost 16 percent of Morroco's 35 million inhabitants live on $3 a day, according to the World Bank

“The main concern of the distribution managers was to film the distribution,” a woman cited by the local media said. “People were asking the organisers to intervene to help the victims, but they did not pay attention to these calls and continued to film."

Police are still investigating what exactly provoked the stampede in this tourist city known for Argan oil production, a widely-used ingredient in beauty products.

They have since summoned and subsequently released the imam, Abdelkbir El Hadidi, a well-known figure with a significant internet following.

Still, many observers believe focusing on the food distributors ignored the desperate conditions of the people that led to the deaths.

“They’re looking for culprits to satisfy public opinion,” said Fouad Abdelmoumni, an economist and activist who was jailed under Hassan II, the current king's father.

Some have linked the deaths to wider dissatisfaction with poverty, human rights abuses and the grand infrastructure projects the government has embarked on since the Arab Spring.

According to the World Bank, Morocco has eradicated the extreme poverty that many of its citizens have known for generations.

While the official poverty rate fell to less than 5 percent in 2014 - the most recent data available - almost 16 percent of the country’s 35 million inhabitants live on just $3 a day, according to the World Bank. Unemployment stands at 10 percent, according to government statistics and is much higher among young people. A third of the population still cannot read or write.

In recent years, Morocco has undergone rapid but uneven development. Big infrastructure projects have become the driving force of the economy. A giant container port – Tanger Med – opened in Tangier in 2007. French bullet trains were purchased to connect Casablanca to Tangier and new highways, airports and train stations were built.

As international lenders raise concerns about Morocco’s ballooning deficits and debt, many ordinary people, particularly youth, complain that they have not seen a commensurate boost of economic opportunities.

Instead of encouraging an economy that creates jobs for people, Morocco’s economic reforms have forced people to turn to charity for help, said Abdelmoumni.

“This is a political scandal of a state that never wanted to deal with the problem of production of wealth and its distribution,” he added. “We hide poverty so well but it often manifests itself monstrously as it did in this case. Morocco isn’t rich but isn’t poor enough for this to happen. It’s a shame.”

Since 2011, the political landscape has also changed. When revolutions toppled governments in other countries in the region, King Mohammed made constitutional changes that answered the streets’ call for more democracy and social equality.

The party won again in 2016 elections but the royal court engineered a political deadlock by encouraging other parties to refuse to form a coalition with Benkirane. Finally, the king dismissed Benkirane and appointed Saadeddine Othmani - also of the PJD - to head the government.

'We hide poverty so well but it often manifests itself monstrously as it did in this case. Morocco isn’t rich but isn’t poor enough for this to happen. It’s a shame'

According to Vish Sakthivel, a fellow at the Foreign Policy Research Institute's Middle East programme and an expert on political Islam in Morocco, the PJD has since 2011 served the interests of the royal court (known as the Makhzen), which has sent Othmani's popularity into a downward spiral.

“The move by the Makhzen to defang the PJD by sidelining its fiery leader could backfire,” she said. “Othmani doesn't have the same charisma among PJD members or the broader citizenry that, even if they don't identify as PJD supporters, are increasingly voting PJD.”

Morocco’s authorities are also aware of simmering tensions in the mountainous Rif region where ethnic Berbers have long defied the monarchy.

A year after Mohsine Fikri

Last year, a fishmonger in Rif named Mohsine Fikri was crushed to death while trying to retrieve his merchandise - illegally caught swordfish - that police threw into a garbage compactor. For many people, his death symbolised the corruption of the state and the persecution of the most underserved communities. Months of protests followed the incident, which were met with mass arrests and repression.

Many worried about a full-scale revolution in a region that in colonial times faced off against Spanish and French forces and rebelled in 1956 shortly after Morocco won independence from France.

Hundreds of protesters remain in jail and await their trials. Others have been sentenced to jail times ranging from months to years. The leader of the protest, Nasser Zefzafi, is in solitary confinement along other leaders of the movement known as Hirak al-Shaabi. Even journalists have been prosecuted for reporting on their activities.

“To be realistic a state cannot just release prisoners and take the risk to make them heroes,” said Mounir Yaacoubi, 36, a member of the Hirak al-Shaabi who was arrested for a few hours last July during a protest. “Many of us are in prison but life must go on. But as you can see, we are all sad. The city of al-Hoceima is sad.”

Protests have also erupted in other parts of Morocco over water shortages. Economists and experts say that if rain doesn’t come before mid-December, the country may face a political crisis.

“People and women in particular are deprived of all their rights. From water, from access to health and education,” said Mohammed Anaflius, a Marrakech member of the Moroccan Association of Human Rights. “What we care about is the situation that created this incident. The state is failing its citizens.”

Mohammed Masbah, an analyst and associate fellow at Chatham House said, “Possibilities for upheaval are most likely to happen because of problems of water and unemployment.”

“This is a signal that the structural problems have not yet been addressed.”

In response to the unrest, the king in October held the governing elites responsible for the bad management of the country’s resources, saying public investments should help the masses. Shortly after the speech, he dismissed several ministers, including the health and education ministers, with many observers doubting if the moves would help.

Few in Morocco were surprised about the stampedes. More such incidents were likely, Anaflius warned.

“What happened wasn’t exceptional,” said Anaflius. “These kind of distributions are common here.” 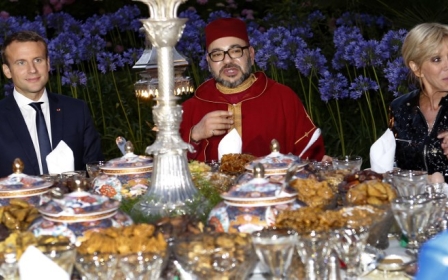 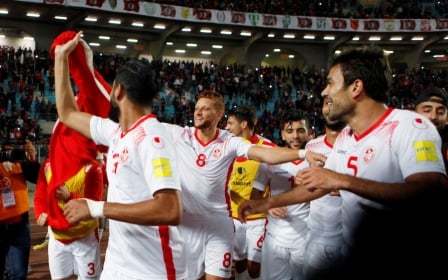