While concerns have grown that Saudi will be force to tap its foreign reserves to cover falling oil prices, experts say the end is far from near Pressure from falling oil prices and the Saudi-led coalition’s war in Yemen have pushed Saudi Arabia’s central bank to withdraw some $70bn in assets, a string of recent reports have said.

The withdrawals, largely taken from global asset management companies like Blackrock over the last six months, come at a time when Saudi’s foreign reserves have slumped by nearly $73bn.

With oil still trading at close to $50 a barrel, and widely expected to stay below the $70 a barrel mark for the next few years, concerns have been growing for months that the Kingdom will be forced to tap into its vast reserves to shore up its financial position.

“It was our Black Monday,” a fund manager with knowledge of the situation told the Financial Times in reference to a fresh spate of withdrawals that took place last week.

But while asset management firms could be suffering – with sources telling the FT that some firms have seen the equivalent of a fifth to a quarter of their Saudi assets under management withdrawn - analysts have been quick to stress that $70bn is just a drop in the ocean for the oil-rich Kingdom.

“They are [still] in quite a comfortable position, although of course a lot depends on your oil price projection,” James Reeve, deputy chief economist at Samba Financial Group told Middle East Eye.

Rosamund de Sybel, a director at K2 Intelligence advisory firm, also stressed that “while the headline numbers appear alarming, Saudi still has a huge quantity of reserves, and they could continue to draw down on them at a fairly brisk pace for a number of years”.

This is an ample cushion with which to keep up with any international repayments, to continue to fund Saudi’s large import bill that came to some $174bn last year and to insulate the country against foreign shocks – like the recent turbulence in China which sent many global exchanges reeling.

Where has all the money gone?

It is unclear where the money has been spent, but it is widely believed that at least some of it has gone to plug Saudi’s growing deficit and ensure the country can continue to finance a broad range of spending – something it has been committed to in spite of falling oil prices.

“With Saudi’s fiscal deficit expected to reach 20 percent of GDP this year [one of the largest fiscal deficits in the world in 2015] and the current account also swinging dramatically into deficit, coupled with considerable capital outflows, Saudi’s overall financial position is looking uncomfortable,” de Sybel said.

Jason Tuvey, Middle East economist at Capital Economics, said in an e-mailed note on Monday that this new patter will continue for the time being.

"Foreign-exchange reserve depletion, rather than accumulation, is the new reality for Saudi Arabia. None of this should come as much surprise," he said.

The rate of reserve withdrawal though is expected to slow. Reeve said that Samba estimates that reserves will be at $600bn or 65 percent of GDP by the end of 2020.

A probable winding down of the war in Yemen, a gradual increase in oil prices expected to take place from next year and the predicted introduction of internal reforms should ease the pressure on Saudi finances.

The expected inclusion of the Saudi Exchange, the Tadawul, in the MSCI Emerging Markets Index in 2017 should also help boost investment.

This might seem like a large jump, but would continue to be small compared to other countries: Switzerland has a domestic debt to GDP of more than 35 percent, while the UK’s is more than 85 percent and the US’s close to 110 percent.

At one point in the 1990s, Saudi Arabia's debt reached 100 percent of GDP, but after the jump in oil prices in the early 2000s, the country radically reduced its debt to be one of the lowest in the world.

Riyadh’s decision to tap domestic debt markets by reportedly issuing up to as much as $27bn worth of bonds by the end of the year - and possibly beyond - will contribute to the debt build-up. However, analysts say the strategy should prove more than manageable and help to ease the bleed in foreign currency reserves, which can be tapped to stabilise the currency in case of downward pressure.

Traditionally, a falling currency helps to boost exports by reducing prices relative to other competitors but this would not be the case in Saudi Arabia as commodities – which account for the overwhelming majority of the country's exports - are traded in US dollars. Instead, a currency depreciation would swell its import bill, impacting both industry and consumers, and possibly putting further pressure on foreign reserves and the current account.

But other factors could also be at play. According to financial executives familiar with the issue, Saudi's reported asset withdrawal is not neccesarily just being used to cut the deficit or buoy the currency. Instead, it might also be an attempt to shift away from riskier and less liquid products into more secure investments like government bonds.

The Saudi Arabian Monetary Agency, the country’s central bank which also operates the country’s sovereign wealth fund, is traditionally seen as a conservative investor. Not much is known about its global exposure, but unlike some of its Gulf neighbours famed for their ownership of European football clubs or high-end real estate, Riyadh tends to be comfortable with a more traditional balance sheet.

“They are not comfortable with their exposure to global equities,” an asset manager, speaking on the condition of anonymity, told the FT. (While global equities can provide high returns on investment, there is considerable risk involved.)

Some have suggested that Saudi Arabia could be looking to expand its exposure to gold – a traditional safe haven – but with gold down 40 percent in the last four years, other analysts have poured scorn on the idea.

An analyst with a London-based asset management firm told MEE on condition of anonymity that a fall in Chinese and Indian demand has put further downward pressure on gold.

“The main reason to buy gold is to hedge against inflation, but inflation is now at record lows – in part thanks to low oil prices imposed by Saudi Arabia,” the analyst said.

“So if the Saudis do buy gold, it means they could be buying it as a hedge against a big stock market crash, or they could think that inflation will return due to quantitative easing” which in principle should increase inflation, he explained.

“But given Saudi’s position in OPEC, they may also be adding gold as they think oil prices and inflation will spike if/when OPEC cut production,” he added.

Saudi Arabia, a key player in the OPEC oil cartel, was a key force behind the group’s decision to keep production levels steady last year when prices fell and oil tumbled from around $120 a barrel.

It once again ruled to keep production levels steady and revved up its own production earlier this year, even though the impact had made itself felt on its finances and many other OPEC members have begun to feel the strain.

The reasons for its decision are not clear, but analysts believe that a desire to undercut Iran and Russia, with whom Riyadh is at odds over Syria, have influenced the move, as has a wish to undercut investment in rival oil projects such as US shale producers that tend to require a higher breakeven point to make a profit. 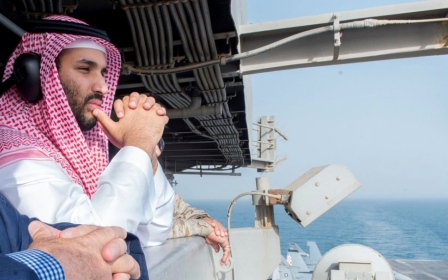 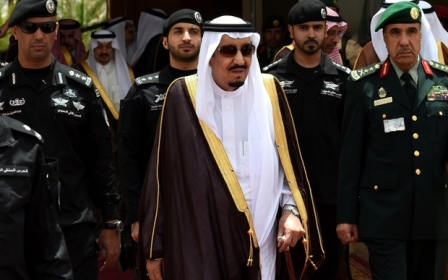