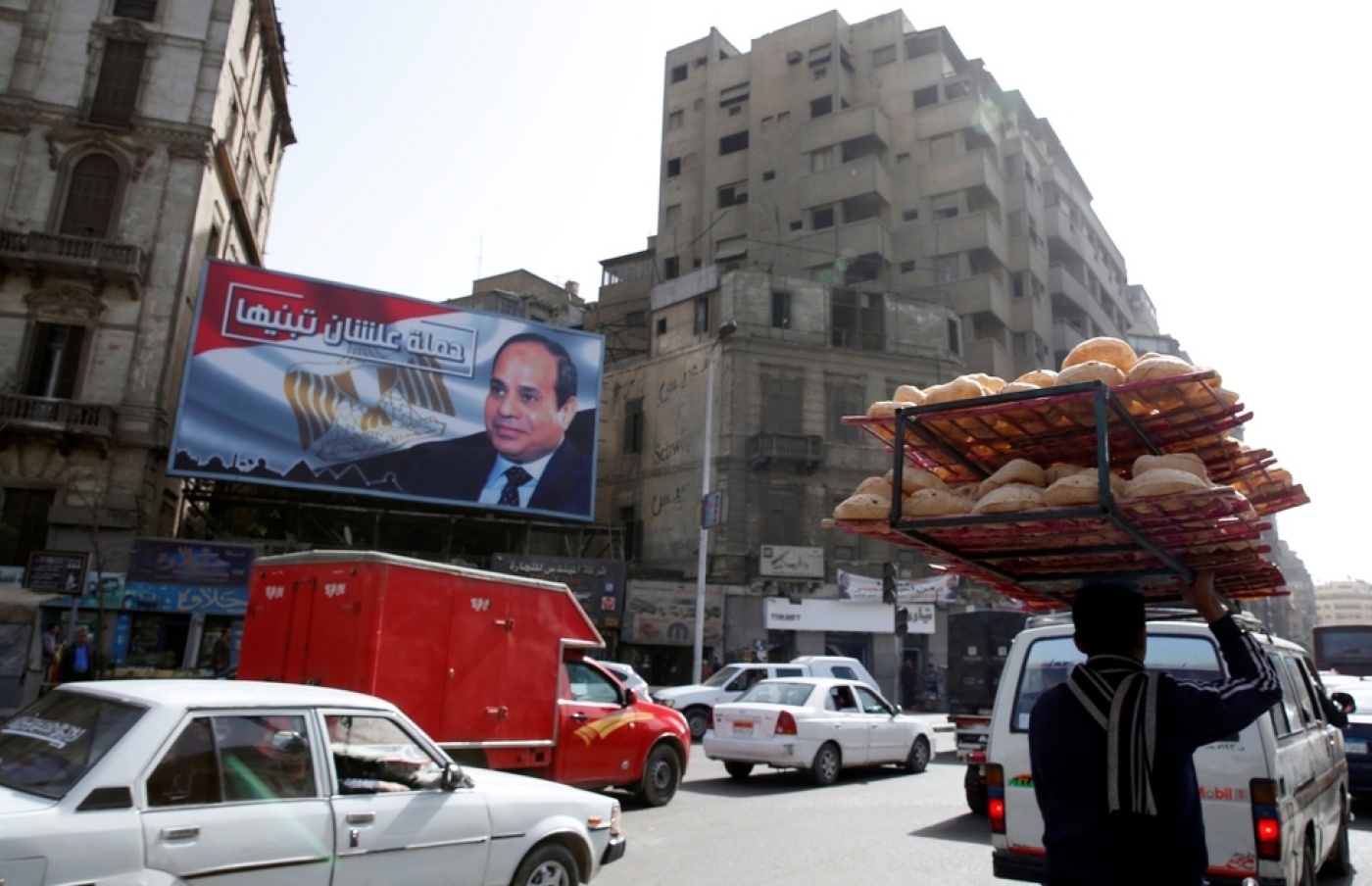 With his reelection almost guaranteed, Sisi is likely to press forward with economic reforms (Reuters)
By
Simon Constable

Egypt looks set to buck a trend this year.

While other countries in the Middle East will likely slow down their economic reforms, Egypt will power forward with its own after March elections, according to analysts.

"There is a genuine commitment to reform by the president," said Riccardo Fabiani, senior analyst for the Middle East and North Africa at Eurasia Group in London. "For him [President Abdel Fattah el-Sisi], it isn't just about doing the minimum to avoid being punished by international creditors."

To economists, "reform" means changing the economy into one based on free markets rather than one dominated by government.

In the case of the Middle East, that often means slashing subsidies on staples such as gasoline and cutting bloated government departments. Such moves can involve painful adjustments, with workers feeling the bite of higher costs or fewer government jobs. But reform has the potential to promote higher growth and improve living standards over the long term.

Foreign lenders and investors are vital to Egypt's economic growth, and the people who are sending the capital to the country want to see reforms to be sure the economic environment will improve.

Far from just paying lip service to reforms, Sisi "wants to go all the way and isn't turning back anytime soon," said Fabiani.

The forecast for continued reforms comes after some tough years for the Egyptian economy, but, unlike other leaders in the region, Sisi and his team probably won't slack off.

Other Middle Eastern nations like Saudi Arabia and the UAE may need to slow down reforms "out of concern over a popular backlash," said a recent report from Eurasia Group.

Sisi's ability to stick with the reform programme is because there is little doubt that he will win in March, said Fabiani. Further helping Sisi over a longer period is a level of "protest fatigue" among the Egyptian population.

The country has had numerous rounds of chaotic protests since the 2011 uprising that toppled president Hosni Mubarak, and Sisi has shown little tolerance for dissent and anti-government demonstrations.

Already there is some optimism about the likelihood of new reforms. Investors returned to Egypt's stock market last year, pushing up the index after two successive down years. The MSCI Egypt Index, which tracks medium and large public companies, gained 5.2 percent in 2017 versus losses of 11.4 percent and 23.5 percent in 2016 and 2015 respectively, according to data from MSCI Inc.

Better still, so far this year the rally is continuing with the Egyptian Exchange EGX 30 Price Index up more than 2 percent in the month through 24 January, according to data from Bloomberg.

Investors tend to anticipate events about nine months in the future, so the recent rally would seem to show optimism about Egypt’s economy.

The reforms already introduced are designed to remove government subsidies, attract foreign investment and reduce government spending, with the aim of turning Egypt into a market economy such as those seen in Europe, just across the Mediterranean.

Inflation has been reined in from an annual rate of about 33 percent in mid-2017 to just under 22 percent in December, according to TradingEconomics.com.

The government’s fiscal deficit has also shown improvement, decliing from more than 13 percent of GDP in 2013 to less than 10 percent in 2016. Also, the country’s World Economic Forum competitiveness rank improved. For 2017-18 it placed at 100 out of 137 ranked states, up from 119 in 2015, again according to TradingEconomics.com.

Iradian said the removal of such fuel subsidies, which would help the government get in better fiscal shape, could happen in the year after the March election.

One of the latest changes was a move late last year to eliminate all capital controls - rules that restrict money from being taken out of the country. The lifting of this regulation should help attract further foreign investment into the economy.

Capital controls, which were introduced in 2015 in Egypt, almost never stop money leaving a country and certainly make foreigners cautious about committing new capital to any nation. Critics of the policy compare it to massive restrictions on bank account withdrawals. Most people wouldn’t put money in such accounts. It’s similar with countries when capital controls are in place: People mostly won't invest.

“I think the government in Egypt has done quite well with reforms over the last 18 months,” said Jason Tuvey, a Middle East economist at Capital Economics in London. “There is good reason to think that reforms will continue.”

Despite the apparent progress, there remain many challenges, experts say.

Most notable is the fact that Egypt is an appallingly difficult place to do business. “Egypt is one of the toughest places in the world to do business,” says a recent report from Capital Economics.

If anything, the situation has gotten worse. The country now ranks at 128 out of 190 on the most recent World Bank “Doing Business” survey, according to data from TradingEconomics.com. That’s down from 122 as recently as 2016.

New investment legislation may help, a little. The new law will allow “investors to side-step the slow bureaucracy”, says a recent Capital Economics report. But there’s the rub, because the law “masks the bloated bureaucracy that investors are still likely to come up against”.

Perhaps most worrying of all to Capital Economics is that the country simply isn’t seeing enough investment, which means that labour productivity won't grow and so living standards can't improve.

That is mainly due to hefty government deficits. Although the deficits are getting smaller, the lack of investment is still a drag.

“If the government were to run a balanced budget, all else equal, Egypt’s domestic saving rate would be 22-23 percent of GDP,” the report continues. As any freshman econ major will tell you, savings must equal investment. So continued reduction in government spending could help usher in more investment.

“The good news is that the government has embarked on fiscal consolidation. However, progress is likely to be slow going,” the report says.

Just maybe not as slow going as elsewhere in the region.