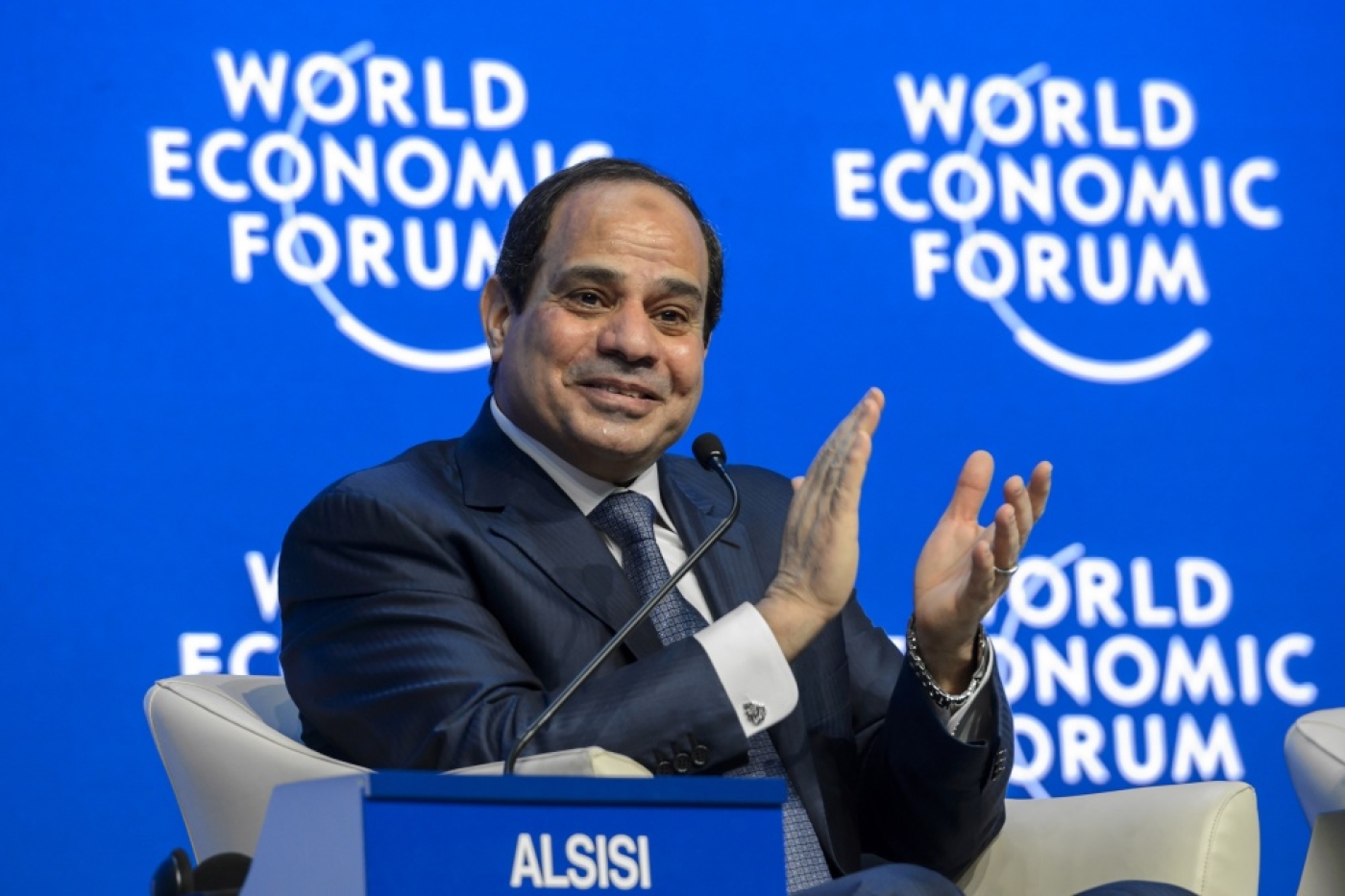 Since President Abdel Fattah el-Sisi came to power, military economy has grown to extent it is crowding out other economic actors (AFP)
By
Henry Harding

The Central Bank of Egypt on 14 March devalued the currency by about 15 percent, shining an unwelcome spotlight on the country’s economic woes.

While some of these are a result of turmoil and instability (a decline in tourists, for example), much of the responsibility lies with the fact that the Egyptian Armed Forces (EAF) have developed a deep involvement in the country’s economy, one that has increased since the revolution of 2011 and has profound ramifications for Egypt’s political and economic future.

The roots of the military’s commercial empire go back to the 1980s, when a combination of a peace dividend after Egypt’s 1979 peace treaty with Israel and a fiscal crisis led the country to pare back its defence budget. Defence spending as a proportion of GDP fell from 6.5 percent in 1988 to 1.8 percent in 2012, according to World Bank indicators. The armed forces had to find new sources of revenue.

The Egyptian military economy developed far beyond strictly military needs to encompass all sorts of products and services. Given the opacity that surrounds the military, accurate figures are almost impossible to come by. However, the consensus among those asked by Middle East Eye as to the size of the military-economic complex is that the EAF’s reach extends into virtually every economic sector, from foodstuffs like tomato paste and olive oil, to consumer electronics to real estate, construction, transport and services.

Businesses controlled by the military are widely dispersed. Some may come under a number of umbrella organisations, including the Arab Organisation for Industrialisation, the National Services Projects Organisation (NSPO) and the Ministry of Military Production. In addition, the EAF holds majority or minority stakes in many other semi-public or private companies, especially in the fields of infrastructure and subcontracting. EAF influence also extends to “sensitive” but nominally civilian infrastructure. Senior positions at a number of airports have for some years been reserved for retired army officers, as a sort of unofficial “pension programme.”

According to a spokesman for Transparency International: “There is evidence to suggest that some military officers, across all ranks, own their own enterprises and benefit significantly from the use of public infrastructure and facilities to increase profits. Furthermore, a network of military retirees either presides over or supervises government commercial enterprises and facilities, or participates in consultancy contracts. This practice may extend to forming private companies to capture subcontracts.”

If this were not enough, the EAF is able, through the use of land designations and other means, to control much of the public lands (desert, agricultural and urban) that comprise 94 percent of Egypt’s area, through the use of land designations, the ability to auction such lands and to receive compensation from the state treasury when military zones are rezoned to civilian purposes. The army also controls the coastline (officially classed as border territory) and is thus able to profit from tourist developments. As such, the EAF wields enormous influence over the real estate market and the country’s development structure.

Estimates as to how much of the total economy is controlled by the EAF range from 40 percent, according to telecoms billionaire Naguib Sawiris (in comments to local media last March) to somewhere between 45 percent and 60 percent, according to Transparency International. There is also some evidence that the removal of President Hosni Mubarak in 2011 and subsequent corruption trials of a number of his cronies allowed the EAF to help itself to a slice of the pie formerly reserved for them, and to grow even bigger. According to Professor Robert Springborg of the Italian Institute of Foreign Affairs, since 2013 the EAF has gone from being a substantial actor in the Egyptian economy to becoming the dominant actor.

Indeed, there are several factors that have allowed the EAF to first gain, then to grow its commercial position:

First, it doesn’t compete on a level playing field. According to Shana Marshall, associate director of the Institute of Middle East Studies at George Washington University’s Elliot School of International Affairs, forced labour, in the form of conscripts, is almost certainly used in army-run factories. Quite apart from the ethical ramifications of this, it allows the military to undercut its competitors, since conscripts don’t have to be paid full wages (although this is only really possible at the lower end of the skills range).

Second, a system of permits and licences allows the EAF to maintain favoured access, both in winning public contracts outright and in forming partnerships with private investors to bid for them. Many of these partnership are nominally between private investors and state holding companies, allowing the EAF to pocket revenue, but leaving the state liable for any losses incurred.

Finally, since the military’s budget - and by extension, its economic fiefdom – is kept secret, EAF-controlled businesses can benefit from subsidies that are kept off the books, as well as having more freedom of manoeuvre amid the lack of oversight.  One example was the decision under the Supreme Council of the Armed Forces to slash fuel subsidies for industrialists. Since the military’s budget (and therefore, its energy costs) are off the books, the rising energy prices disproportionately affected EAF competitors, but not the forces themselves.

Ultimately however, EAF’s commercial ventures are damaging to both the national economy - hence the recent currency devaluation - and to the armed forces’ ability to carry out its core functions.

According to Springborg, evidence shows that military involvement in the political economy generally leads to worse performance. Within the region, the examples of Iran and Algeria point to this, while China has taken steps to reduce its armed forces’ commercial exposure over the past few years precisely for this reason.

According to Transparency International, lack of proper oversight leads to corruption and the squandering of public money. A further effect of the EAF’s economic dominance is a lack of growth opportunities for SMEs, since only favoured insiders can win lucrative contracts and deal with the permit system. In turn, this leads to a large informal economy of insiders, leaving many Egyptians outside, in poverty.

On social and political levels, this is profoundly problematic. Politically, the armed forces are now so invested (in every sense of the word) in the system that it is hard to disentangle the army from the state from the economy. According to Marshall, the EAF relies on revenue from its commercial arms for the funds required to function as an organisation – including officers clubs, military hospitals, good schools and retirement schemes for the officer class. All of these would likely be severely curtailed if the EAF were to become an institution with no independent sources of revenue and subordinate to civilian control.

While patronage is nothing new in Egyptian politics, since President Abdel Fattah el-Sisi came to power the top brass has expanded intra-military patronage to the extent that they are crowding out other economic actors and failing to bring in key constituencies such as opposition groups, the private sector bourgeoisie and the urban poor. The EAF has expanded its reach so fast that now it has to defend its empire against these groups, sowing seeds of further strife in future.

The upshot is that it is now arguable whether the EAF does indeed function as an organisation, or at least, as a strictly military one. The core function of any armed forces is clearly defined: defence of the realm. Once an army goes beyond that, it can lose sight of its reason for being and end up failing in its primary purpose.

If conscripts go untrained in military matters because they are deployed as unpaid labour, if maintenance of equipment is neglected in favour of a focus on business, then ultimately the capacity of the armed forces to defend the country becomes degraded. As evidenced by continued low-level violent unrest in Cairo and a more serious ongoing conflict in the Sinai, through pursuing its commercial ambitions the EAF risks failing in its core function. 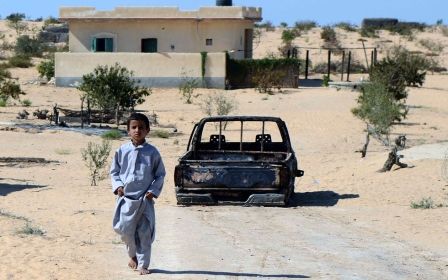