Jordan bills itself as the safest country in the Middle East, but recent attacks suggest the kingdom is struggling 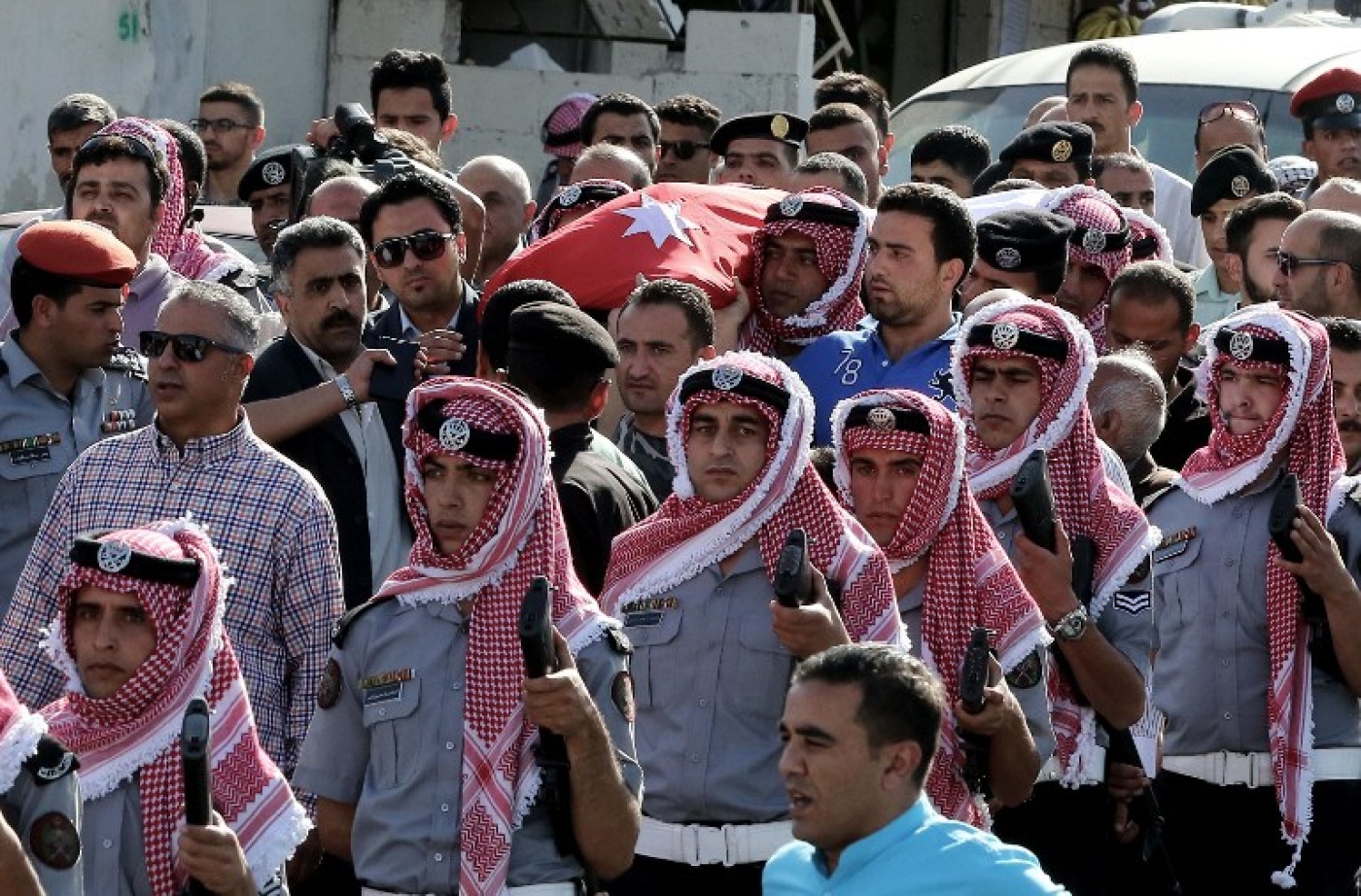 Funeral for Omar al-Hayari, one of the five Jordanian intelligence agents killed in attack on Monday (AFP)
By
Sara Elizabeth Williams

AMMAN - Monday’s attack on a Jordanian intelligence facility, which left five dead, suggests a continuing erosion of security in a country that bills itself as one of the Middle East’s most stable.

In a statement, government officials said the General Intelligence office in the Baqaa camp was attacked by “terrorists” at 7:00 on Monday morning. The incident took place around 200 metres from the edge of the Baqaa Palestinian refugee camp on the northern outskirts of Amman.

According to people living nearby, two saloon-type cars drove up to the gate of the intelligence office and three men entered the building on foot, opening fire on staff sleeping inside.

Initial reports said two people had been arrested, but at least one assailant is still at large. At the time of publication, no one had yet claimed responsibility.

Government spokesman Mohammad al-Momani called the timing of the attack, on the first day of the Muslim holy month of Ramadan, “clear evidence of those terrorists' criminal behaviour and extremism”.

Momani added that "early indications are that this was an isolated act".

It is also evidence of a marked deterioration in Jordan’s security as the country battles a complex set of challenges – raging national debt, unemployment and an ailing education system, for example -  that are growing less manageable.

The recent attacks, despite ongoing and increasing security measures, suggests some groups are finding opportunity in this tableau.

The attack comes just three months after Jordan’s worst terror incident in more than a decade: an eleven-hour fire fight between security forces and operatives from the Islamic State (IS) militant group, which left one officer and seven militants dead.

The March security raid in Irbid, a city near the Jordan-Syrian border, was described by the government as a preventative measure: striking a cell which security sources said had been holed up in a nearby Palestinian refugee camp before it could put its own plans into action.

Monday’s attack at Baqaa was different: planned and executed seemingly without detection, it points to weaknesses in Jordan’s formidable security infrastructure – not just that this could happen without the security services knowing, but also that it could happen at their very doorstep.

That both incidents happened at or near Palestinian camps is also significant. Around half of Jordan’s population is Palestinian in origin, and the country hosts 10 urban camps. There are 119,000 Palestinians living in Baqaa, one of six “emergency camps” set up by the UN’s Relief Works agency in 1968 to accommodate the then-temporary influx of Palestinian refugees to Jordan.

Nearly 50 years later, Baqaa camp is an urban slum: according to Norway’s FaFo research foundation, 32 percent of its population live below the poverty line. According to UN figures, it has the second-highest rate of unemployment among Palestinian camps in Jordan.

The camp in Irbid, while smaller, also polls poorly on income, employment and public health indicators. These are deeply disenfranchised places on Jordan’s very periphery.

In a country where the vast majority – 95 percent - of the population is Sunni Muslim, sectarian strife is more difficult to provoke. Other rifts are more apparent, such as the chasm between some of the country’s Palestinian population, still living in camps and unable to access all forms of employment, and the East Banker Jordanians, who fill out the country’s armed forces, intelligence and security services.

“The people who work with intelligence are our sons, brothers and friends. They are not strangers,” said Saleh al-Zoubi, a Jordanian who lives near the intelligence building.

“This a cowardly, criminal, terrorist attack, and no Arab man or any man accepts it, especially at this holy month of Ramadan. We are all working on finding them, it is not just the job of the security forces,” he said.

His neighbour, 36-year-old Mohammad Alodwan, took the attack on his country's security services as a personal attack.

“We are all ready to be martyrs under our Hashemite leadership. What happened will not affect this," he told MEE.

But 200 metres down the road, at the entrance to Baqaa, a group of Palestinian teenaged boys took a different view. All thought the attackers had come from the camp, their home.

One shrugged when asked about the assailant who had evaded authorities: "He's probably in the camp now," he said. 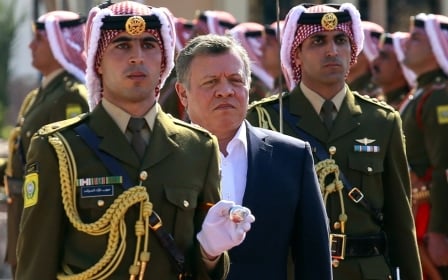