ANALYSIS: The meteoric rise of the Houthis in Yemen 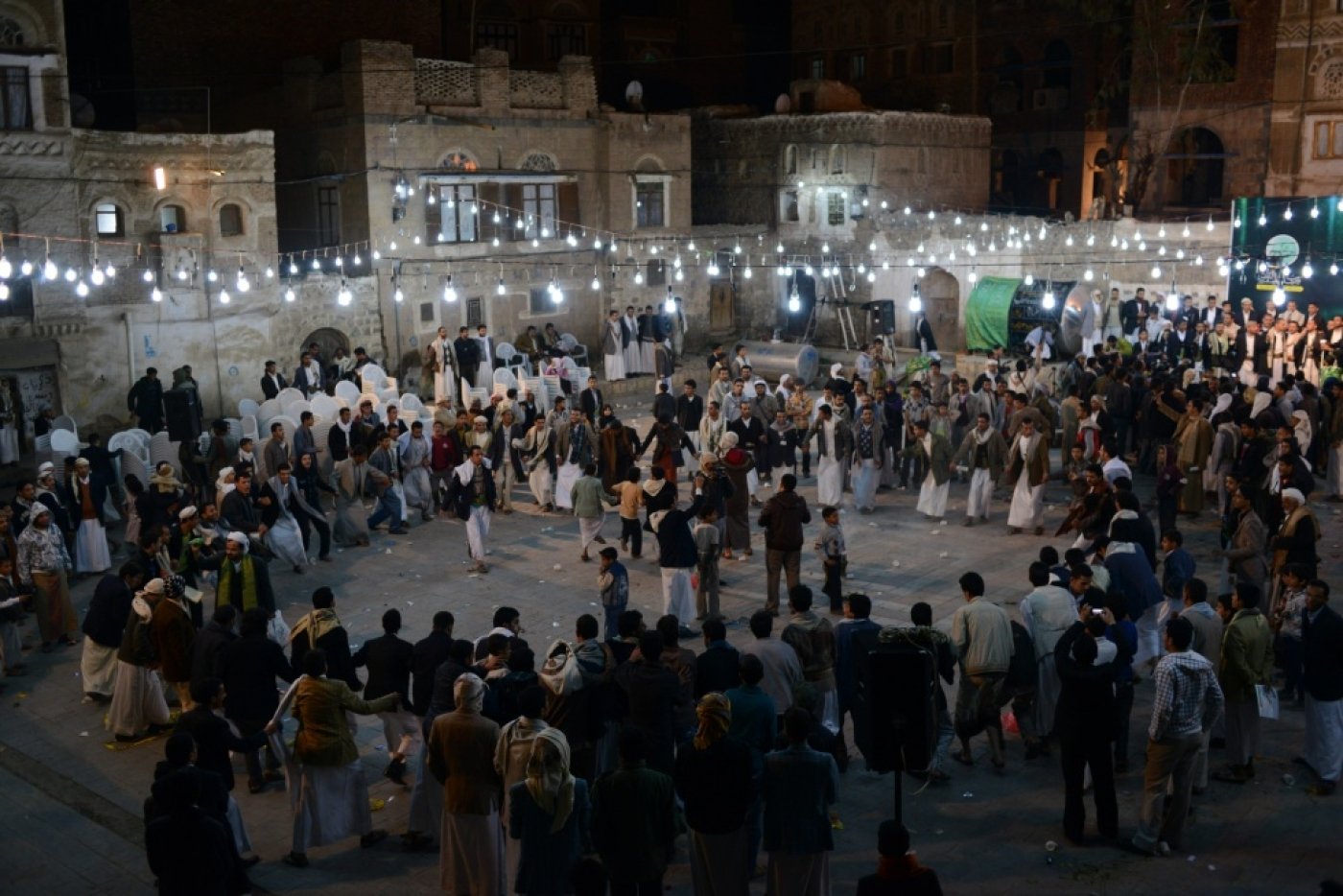 On a cold night in January 2012, I attended a celebration marking the birth of Prophet Muhammad in Yemen’s capital Sana’a. Gathered in a square in the city’s old quarter beneath fairy lights strung from lampposts were a group of middle-aged men in white robes. Some of the men, Zaydi Shiites - a branch of Islam adhered to by around a third of Yemen’s population - were chanting hymns and handing out sweets to children. Others were holding hands and spinning in a circle with their heads tilted back, as a cleric recited Quranic verses into a microphone.

The gathering, I was later told, had been organised by the Houthis, a predominantly Zaydi movement modelled on Hezbollah and based in the mountains of north Yemen. In 2012, the Houthis were still at the fringe of Yemeni politics. Some of their supporters in Sana’a - young, pious, often poor men, from the countryside - had taken part in the street demonstrations that toppled President Ali Abdullah Saleh in February 2012. But their presence in the capital was limited. Their leader, Abdul-Malek al-Houthi, a now 33-year-old fighter who fought an on-off civil war with the government from 2004-10, was in hiding. Like many of Yemen’s disgruntled factions - separatists in the south, al-Qaeda militants in the east - the Houthis were a nuisance; a thorn in the government’s side, sometimes confronted with military force, but largely ignored.

Two weeks ago, on the anniversary of the prophet’s birthday, the Houthis took to the streets to celebrate again. This time, the Houthis staged their festivities in an army base. Tens of thousands of their supporters - men, women and children singing the national anthem and waving green flags - filled a parade-ground in the base seized by Houthi fighters when they overran the capital on 21 September and forced the prime minister to resign. As the celebrations in the base drew to a close a young cleric on a makeshift stage urged all Yemenis to “pledge loyalty to the 21 September revolution”.

Well one thing is for sure, Houthis know how to rally in numbers! Pics from Prophet's BD celeb in Sana'a #Yemen now pic.twitter.com/vhrKI8MKVD

Few foresaw such a rapid reversal of fortune.

“It’s hard to fathom,” said Osama al-Fakih, a 28-year-old accounting student who led a secular protest group involved in the 2011 uprising, when I asked him about the Houthis’ rise to prominence.

“The celebration in the army base, I’m sure they bussed some of the supporters in, paid for their lunch or whatever, but still, it shows how far the Houthis have come. They seem unstoppable,” al-Fakih said. “It feels like our country, our revolution, is being tossed from one group of men with guns to another.”

Once touted as a relative success story among Arab uprisings, the internationally-backed transition in Yemen has unravelled since the Houthi takeover of Sana’a. A power vacuum left after Saleh stepped down is quickly being filled. Sweeping south with heavy weapons, the Houthis, some analysts say, have already emerged as the most powerful force in the country: their fighters control a port, two government-run newspapers, nine provincial capitals, as well as schools,  and government buildings. In Sana'a, the Houthis are not only controlling the city but renaming it. (Sabaeen, a square near the presidential palace now occupied by the Houthis, has been renamed “al-Houthi square” and a nearby road named 50m street “The Great Prophet Road”.)

Further advances may also be on the horizon. According to Yemeni journalist Saeed al-Batati, the Houthis are setting their sights on Marib, an eastern province home to much of Yemen’s oil reserves.

Though the Houthis say their agenda is reformist: greater representation for religious minorities and an end to corruption, their opponents accuse them of trying to establish a Shiite theocracy and of being funded by Iran’s government bent on opening a new “Shiite lung” in the Middle East.

Whatever the Houthis’ intentions, their recent expansion has introduced a troubling new dynamic with sectarian conflict now breaking out across the country.

“You hear it now on the street, in buses, people talking about Sunni and Shiite - Saudi versus Iran,” said Mohammed al-Kibsi, a 32-year-old tennis coach and the son of a prominent politician. “I don’t think it’s about to tear Yemen apart like it did in Iraq but it’s a crack in society. If it continues to be exploited by extremists, I fear it will only grow wider.”

#yemen - Houthi slogan at the entrance of historic Bab Al-Yemen ... These guys have too much time on their hands pic.twitter.com/kNPHBOLifA

As the Houthis tighten their grip on the capital - plastering their red, green and white slogan ("Death to America, Death to Israel, Damn the Jews, Victory to Islam") on the walls of cafés and buildings - the group is also waging a guerrilla war in Yemen's hinterlands against al-Qaeda in the Arabian Peninsula, a predominantly Sunni group that has used their foothold in the country to plot attacks against the West. The violence has begun to turn in a deadly circle with the Houthis shelling towns and villages controlled by al-Qaeda, and the Islamist militants striking back at Houthi positions in the capital with suicide bomb attacks. In the face of this mounting violence, the US-backed government of Abd-Rabbu Monsur Hadi in Sana'a is sliding into irrelevancy.

“Oil-fields, ports, government buildings are all up for grabs,” said Yemeni political analyst Abdulghani al-Iryani. "The presidency now is hollow, the armed forces, a ragtag assortment of tribal militias, have melted away."

Activists who took part in the 2011 uprising against Saleh say they feel demoralized.

In December, a group of young film-makers, writers, and activists posted a three-and-a-half minute film called the melody of our alienation online. In the film, images of Sana’a, with its jagged mountains, cobbled roads and parched gardens, are overlaid with a young woman’s recital of a poem by Yemeni writer, Abdullaziz al-Maqaleh. Storm clouds roil the sky as the camera creeps through the city at knee-level, past bombed and blackened houses. “Has nonsense become common sense?” reads the narrator. “Has the irrational become the rational? The night has covered the mountains, danger perches over our streets.”

"This film captures the mood of many of us," said al-Fakih. "It's an expression of grief and deepening fear, fear of a failed revolution." 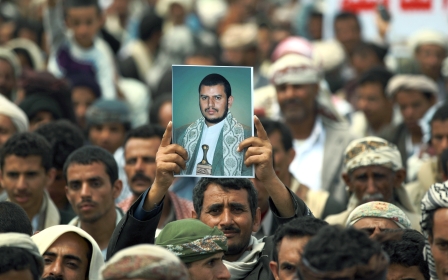 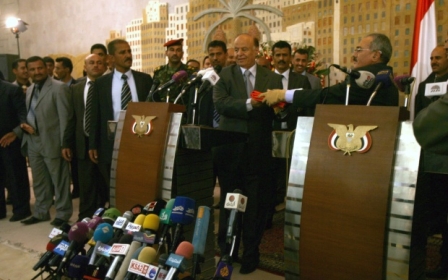 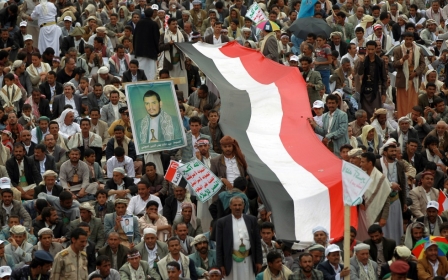