Egypt used attack on Christians south of Cairo as a pretext to attack Libya's Derna. But analysts say their real purpose was to support Haftar 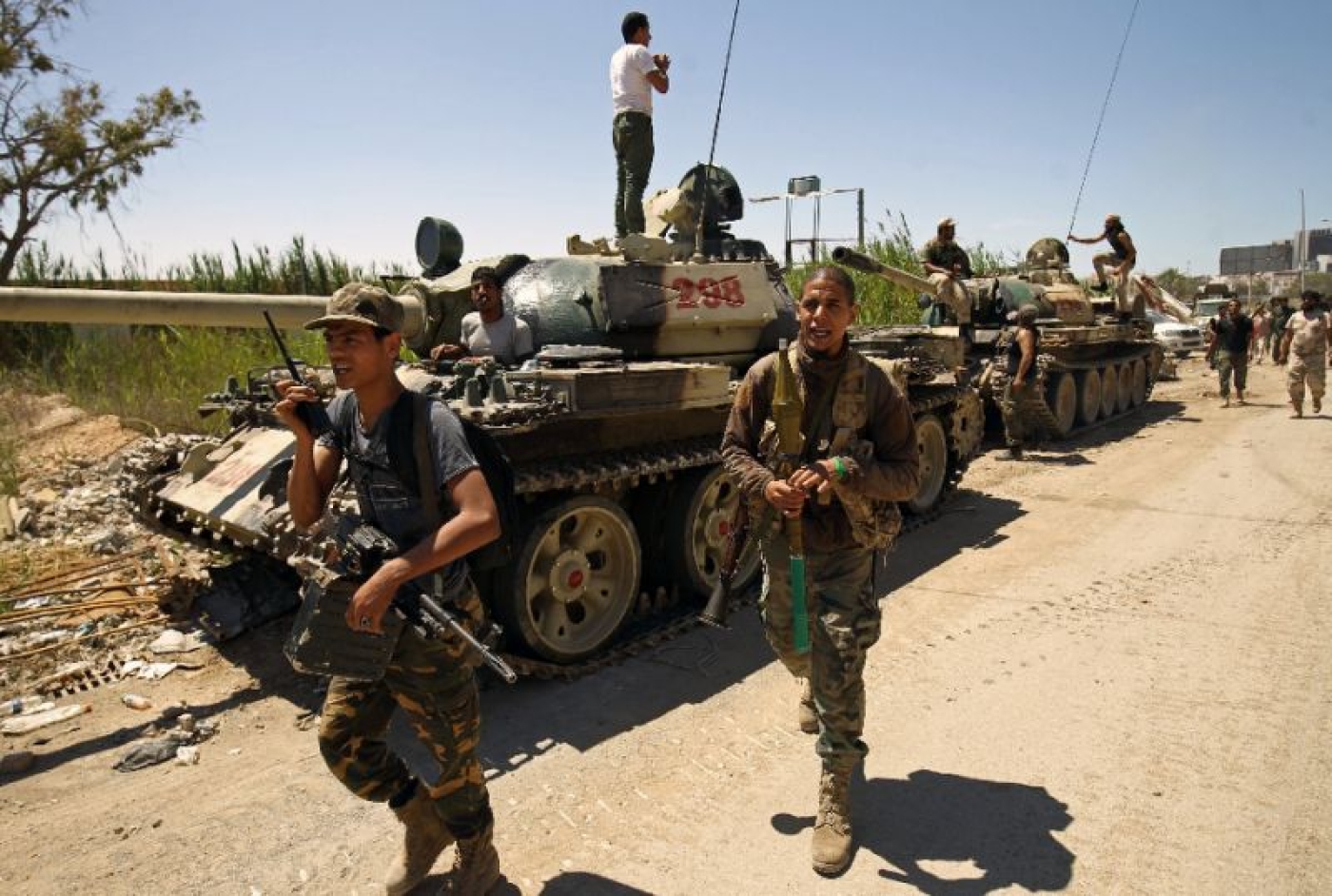 Egypt has used an attack on Christians on home soil as a pretext to advance its interests in Libya and strengthen the hand of strongman Khalifa Haftar, analysts have said.

Cairo on Friday launched air strikes on the Libyan city of Derna, saying it was hunting "terrorists" who had massacred dozens of Christians in an attack south of Cairo only hours earlier. The Islamic State group, which claimed the attack on the Christians, has no presence in the city.

That has led some to suggest that the aim of the strikes was not to counter a potential threat to Egypt, but to provide military assistance to the Libyan National Army (LNA) led by Egypt's staunch ally Khalifa Haftar, who is currently pursuing a campaign to undermine the UN-backed unity government in Tripoli and defeat "terrorist" groups.

Derna is currently under the control of the Derna Shura Council, which has run the city since kicking out IS in 2015.

Haftar's forces, who have pledged to eliminate Islamist groups in Libya, have denounced the council as "terrorists" and besieged the city.

But the council has denied any involvement with the attack in Cairo, and residents have described to Middle East Eye shops fast running out of food and medicine as a result of the siege.

Arnaud Delalande, a Libya analyst who has written for Middle East Eye, said evidence released by the Egyptian military indicated that the attacks in Derna were to support the LNA, and that the link to the attack on Christians was manufactured.

"These elements suggest that Egyptian air strikes were not a retaliation operation, but Egypt has used this pretext to support its ally in eastern Libya," he said.

On Monday, leaders of the UN-backed Libyan unity government in Tripoli denounced the attacks on Derna, saying they had been conducted without coordination with "legitimate authorities", according to the Libya Observer.

Hun, where #Egypt has carried out air strikes, is located approximately 330 miles away from #Misrata. #Libya pic.twitter.com/BUINGDyHJH

The Egyptian attacks are a "watershed" in the Libya conflict, according to Jalel Harchaoui, a Libya-focused geopolitics researcher at the University of Paris VIII.

"The UAE and Egypt have allegedly been conducting air strikes on Libyan soil for months," he told MEE.

"But shifting from covert to overt has important ramifications on what comes next. Now that the narrative allows for overt, Egypt and the UAE can bolster the aggressiveness of whatever they do in the entirety of Libyan territory."

The UAE's role in Libya, and their relationship with Haftar, has been highly controversial.

An article in Time magazine in early May indicated that the Emiratis had used US-made planes to strike targets in support of Haftar, directly undermining US policy, which is currently still to support the unity government in Tripoli.

'We must do something'

Claudia Gazzini, International Crisis Group's senior Libya analyst, said that while the strikes on Libya were clearly in large part for Egyptian domestic consumption and so as to be seen to be "doing something" about the attack on Christians, they were also in support of Haftar and his backers in the UAE.

"Egypt is not doing very well financially and its hard to think that it has flight and weapons to spare for a military action across its borders without an external partner contributing to taking the tab for such actions," she told Middle East Eye.

"So it is also possible that the UAE is pushing Egypt to carrying out these types of raids because it's very much along the lines of what the UAE would like to see happening in Libya."\ 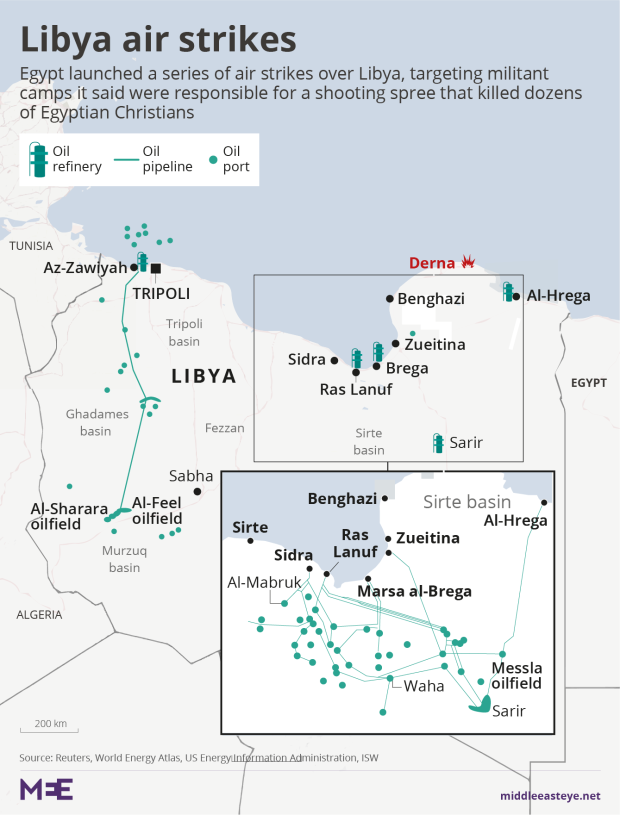 Many actors in Libya were deeply concerned by a meeting that took place in early May between Fayez al-Sarraj, the head of the unity government, and Haftar.

"The fact Egypt has a free hand to carry out these strikes is a cause of concern for those political and military forces on the ground that are opposing Haftar," said Gazzini.

"This is of course having ripple effects across the country."

Egypt's air strikes on Libya also come in the wake of a speech made by US President Donald Trump in the Saudi capital of Riyadh in which he called on Muslim countries to "drive out" militants from their communities.

Following the killing of the Egyptian Christians, Trump called for US allies to "punish" the perpetrators of the attack.

"America also makes clear to its friends, allies, and partners that the treasured and historic Christian communities of the Middle East must be defended and protected," Trump said in a statement on Friday.

"The bloodletting of Christians must end, and all who aid their killers must be punished."

Some have seen Trump's rhetoric as giving the go ahead for a firmer line to be taken against militant groups.

"It is possible that the American attitude toward Libya has gradually taken shape and it is possible that US officials have given some regional partners, including the Egyptians, a green light for this type of action, which is very much in line with the worldview that Trump and his administration has," said Gazzini.

Harchaoui also said that it was likely that the strikes reflected ambitions by Russia to develop its influence within Libya. Moscow is also staunchly backing Haftar, as well as the Egyptians, and has already sent special forces to back the renegade general in his fight against "terrorism".

"If Russia had any misgivings with respect to the last few days’ developments, we would have heard from Moscow," said Harchaoui.

"The most telling clue is the Russians’ silence. They are known for condemning bitterly every military intervention they dislike."

"The Russians most certainly do not mind a UAE-Egypt-Haftar camp bolstering its military efforts in Libya."

Libya's political system has been highly fractious since the creation of the unity government in Tripoli in 2016.

A parliament still nominally exists in Tobruk, which supports Haftar. But the inability of the Tripoli government to build consensus among the various militias has led some domestic and regional players to see the Libyan strongman as the solution to the chaos, despite suspected authoritarian ambitions.

"There is a total lack of leadership, also on an international level and this gives external actors more room to act independently," said Gazzini.

"The reason why Egypt is able to carry out these strikes, not only in Derna, but also in central Libya, is a result of a complete paralysis in the whole political military process, meaning the UN no longer has any leadership.

"There’s no real military dialogue, there’s no political dialogue in the works - everything is very paralysed and this allows external actors to push forward what is their priority." 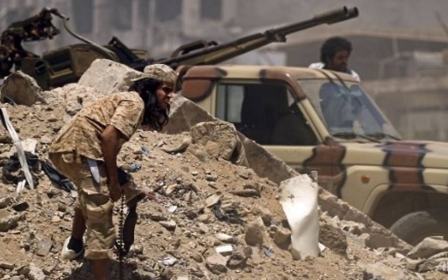 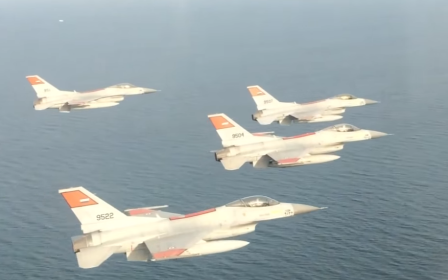 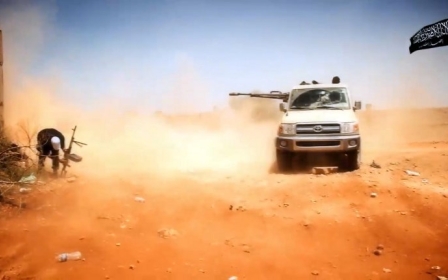