Many were caught off guard by the announcement by King Salman bin Abdulaziz of a government reshuffle in Saudi Arabia – not least because it was announced at 4am.

Since taking power following the death of King Abdullah in January, many have been watching to see what he would he would pull out of his sleeve and whether there would be any major policy shifts.

Major changes include the appointment of King Salman's nephew, Mohammed bin Nayef, as crown prince and the king's son, Mohammed bin Salman, as deputy crown prince. Both are relatively youthful – at 55 and in his early 30s respectively – and belong to the Sudairi clan.

In constrast, 69-year-old former crown prince Muqrin bin Abdulaziz is the son of the country's founder Abdulaziz ibn Saud and Baraka al-Yamaniyah (Baraka the Yemeni), a Yemeni concubine, and not a Sudairi.

Tuesday's overhaul has been seen as an attempt by Salman to secure his control over the country and dismiss critics who had accused him of suffering from dementia.

Khalil Jahshan, executive director for the Arab Centre of Washington, in Fairfax, Virginia, described the reshuffle as a "political earthquake of the greatest magnitude".

"This is a very decisive answer by King Salman to the doubts that many experts have expressed since he came into power with regards to his health, his decisiveness and his control over political matters in the kingdom,” he told Al-Jazeera. “And this is his unequivocal answer."

Bin Nayef is the first crown prince of Saudi Arabia who was a grandson – rather than a son – of ibn Saud, heralding the rise to power of a new generation of Saudi rulers.

Khashoggi suggested that King Salman has pre-empted the phenomenon that occurred during the Soviet Union's last years when leaders died in quick succession, prior to the collapse of the country.

“He thought we should not allow that to happen in Saudi Arabia, where aged leaders come to power and rule for a few years and then they pass away and then someone else of the same age comes to power," he said. "That will weaken Saudi Arabia."

“So this is a formula to secure blood and a small transition to power, that will strengthen Saudi Arabia and the House of Saud dynasty," Khashoggi added.

The marginalisation of former crown prince Muqrin could prove controversial for a number of reasons, not least because Abdullah previously decreed Muqrin's appointment as deputy crown prince “irrevocable".

It also appears to lock the Saudi succession into the bloodline of the influential Sudairi clan – that is, the children of Abdulaziz ibn Saud and Hassa bint Ahmed Al Sudairi, one of his 22 wives.

"It's the next stage in the destruction of the succession arrangements that King Abdullah had set up," Andrew Hammond, former policy fellow at the European Council on Foreign Relations, told MEE. "With the removal of Muqrin as crown prince and lining up of Bin Nayef, it really is in ruins. The chances of his son Meteb being king are pretty much over."

Meteb, who is head of the National Guard, which was made into a ministry in May 2013 when he was appointed, is now the only relative of Abdullah in a senior position in the kingdom.

“Muqrin has never been a central figure and King Abdullah brought him in as a buffer zone between him and Mohammed bin Nayef,” said Madawi al-Rasheed, Visiting Professor at the Middle East Centre at LSE.

“He did not have the courage to appoint his own son, Meteb, as the deputy crown prince so Muqrin was a transitional figure and he had no serious constituency within the royal family or in society," Rasheed said. "So it didn't take long before he was removed and, according to the royal decree, he was removed on the basis of his own initiative.”

Youth to the fore

The positioning of the youthful, charismatic Mohammed bin Salman for the top job has come in the wake of what some have described as Saudi Arabia's “disastrous” operation against the Houthi militias in Yemen, for which the prince, as defence minister, was directly responsible.

For Rasheed, the original appointment of Salman as defence minister in January - whom she described as the US's security man in Riyadh - was a clear attempt by his father to build up his authority.

“It was meant, in my view, to establish his credentials as a military commander, or minister of defence,” she told MEE.

“But the war stumbled and there is no obvious positive outcome – Yemen is still in a civil war – so King Salman pre-empted the discussion about the objective and the achievement of this war and put his son in the position of deputy crown prince.”

Andrew Hammond said the new succession also represented a roll back on the minor reforms made under Abdullah.

"Remember, Abdullah's arrangements were sold to the outside world as the guarantee of Abdullah's mild reforms," he told MEE. "Those reforms, such as they were, are also more or less over, when you look at the way the new king has boosted the Wahhabi religious establishment."

The appointment of Adel al-Jubair, previously US ambassador, to the post of foreign minister also marks a break with the past: he is the first foreign minister since 1962 not to belong to the ruling family.

Described by some as Saudi's liberal face and with close ties to the Obama administration, his appointment would seem to be a push to strengthen US-Saudi ties.

But Khashoggi said this was unlikely to signify any serious policy change.

“Adel is a career diplomat. He will implement the policy that is being created by the seniors in Riyadh and he will be part of the policy-making process. Therefore, I do not anticipate any changes," he said. “It's plain what Saudi Arabia is up to and Adel will have to implement the view of this policy."

Ultimately, observers of the kingdom say the reshuffle shows little sign that any democratic or social reforms are afoot.

“The Saudi population is held hostage to the amplified and exaggerated Iranian threat and this external threat and the war in Yemen has silenced all dissenting voices," Rasheed said. "Everyone is expected to just praise the king for his war in Yemen and, therefore, there is no plan for any kind of political or social reform agenda." Saudi Human Rights
PROFILE: Prince Mohammed, the man who could be Saudi king 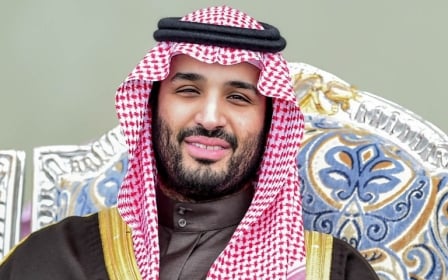 Saudi Human Rights
FACT SHEET: Who's who in the Saudi cabinet reshuffle 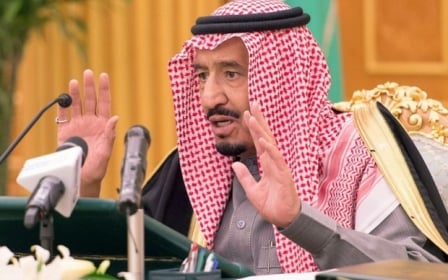