ANALYSIS: Tunisia tackles symptoms rather than cause of austerity riots

During a week of protests, state institutions, the media and political parties used a variety of techniques to keep the opposition leaderless 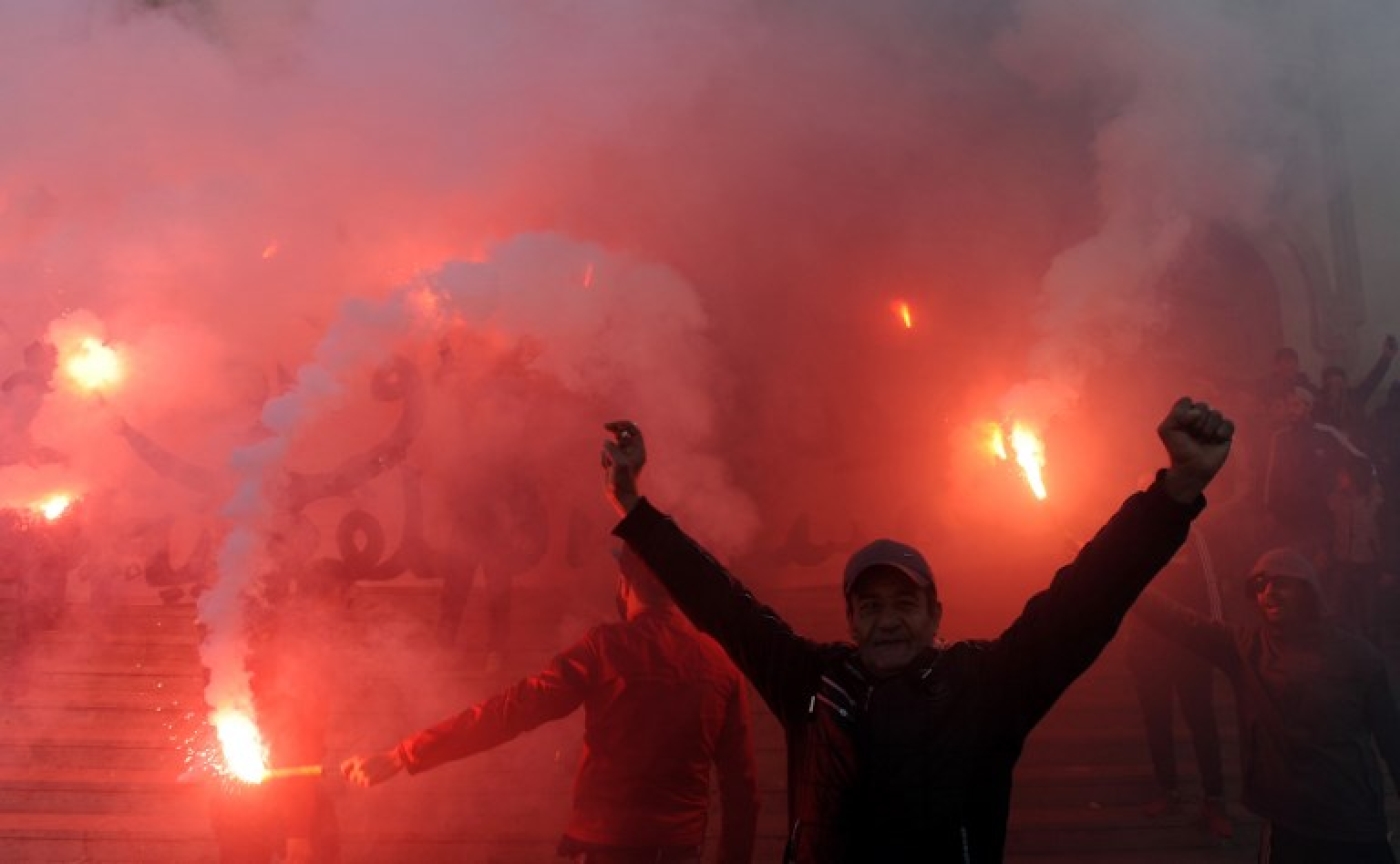 TEBOURBA, Tunisia - Fierce local pride permeates this small farming town, about 35km west of Tunis, but there's little else for the locals to cling to. Like many poor areas of the country there are few jobs, and few opportunities - and the pride is growing into anger.

"Tebourba is a prison," said Oussema Ellafi, an unemployed 32-year-old whose national ID lists his profession as artist - he plays the darbouka, a traditional drum. "If you have connections, you work. Those who are deserving, don't work.

"You go to the [local government] office and ask them to find you work and they say there's only farm work. What's this farm work? They're making fun of us, giving us a [sedative] pill… Just be hungry and shut up."

'We talked with people peacefully, we said give us jobs, we presented applications and we said we have certificates, and nothing happened. That peaceful stuff doesn't do anything'

Last week, the country saw intense unrest sparked by a new budget law that went into effect on 1 January increasing consumption taxes, cutting some subsidies, and appearing to coincide with a shortage of subsidised goods and a sharp devaluation of the currency whose relation to the budget are still unclear.

But even before the budget was passed, Tunisia has been depending on IMF loans that are conditional on the implementation of austerity policies largely supported by Tunisia’s European and American partners.

As a result, Tunisia’s economic priority has been cutting the budget deficit rather than creating jobs, even though polling shows employment is consistently one of the most important governance issues according to Tunisians.

In fact, Tunisia’s austerity policies are going the opposite way as they include reducing public-sector jobs, historically one of the country's key job markets.

The impact has been harsh in poor towns like Tebourba, and poor neighbourhoods in the capital, where unemployment is higher than the national average, and those young people who do have jobs mostly work in the now squeezed informal economy.

"We talked with people peacefully, we said give us jobs, we presented applications and we said we have certificates, and nothing happened. That peaceful stuff doesn't do anything," said Ellafi.

It was in Tebourba on 8 January where Khomsi Yefreni died during a protest. His family, activists and locals said he was hit by a security force vehicle, an account supported by images posted on social media.

Yet within an hour of video of Yefreni's death being shared, the Interior Ministry said in a statement that an unnamed man had died after suffering from asthma and that a post-mortem examination would be held. A report has yet to be released.

Like the reaction to Yefreni's death, it was a week that saw state institutions, the government, media and political parties employ techniques to disarm and divide opposition to Tunisia's neoliberal regime rather than face the austerity concerns of the protesters head on.

And although government social support programmes were announced on Saturday, they once again only promise future relief while the pain of austerity continues in the present.

On Sunday - the seventh anniversary of the uprisings that saw the downfall of Ben Ali - protesters chanted "poverty and hunger".

Before last week's protests started, security forces arrested their would-be leaders, the educated urban youths who launched the Fech Nestannew ('What are we waiting for?' in Arabic) campaign and posted graffiti, handed out pamphlets, and organised on social media to fight against austerity and the 2018 budget law.

Lawyers quickly came to their defence and succeeded in getting them released, but similar arrests and releases continued throughout the week, putting a dampener on the nascent leadership and structure of the protests.

Still, the mostly left-wing student union leaders who are at the core of the Fech Nestannew campaign are continuing to try and link up with more sporadic forms of opposition and translate raw anger over the economy into a national legislative policy.

It's a policy of intimidation, a campaign to terrorise the population, make them afraid, and manipulate the media environment

"A citizen doesn't need to go out and say ‘No to the 2018 budget law'," said Warda Atig, one of Fech Nestannew's founders who was detained in the first sweep of arrests of leaders on 6 January.

Other potential leaders were also arrested. Ahmed Sassi, formerly a prominent figure in the Union des Diplomés Chômeurs (Union of Unemployed University Graduates) and a philosophy teacher, was arrested at his home on Thursday and later released. Local members of the largest parliamentary opposition bloc, the Popular Front, were also detained and then released in Gafsa on charges of destruction of property.

This sort of targeting of opposition and arrests of around 800 people within a week prompted a statement of concern from the UN High Commissioner for Human Rights, urging the Tunisian government not to allow arbitrary arrests and to ensure arrestees get their due process.

"It's a policy of intimidation, a campaign to terrorise the population, make them afraid, and manipulate the media environment," Henda Chennaoui, a Fech Nestannew spokesperson and a journalist, said of the arrests.

Chennaoui said that dozens of activists involved in their campaign have been detained and released, that detention and release is continuous, and that they are working with human rights groups and lawyers to get precise figures.

Meanwhile, she said those who have been released describe horrible prison conditions and arbitrary mass arrests of those presumed to have been involved in destruction of property.

Amnesty International's regional director for the Middle East and North Africa also used the word "intimidation" to describe the campaign of arrests, saying in a statement that "Tunisian authorities are targeting people for peacefully exercising their right to freedom of expression and assembly".

Reporters Without Borders issued a statement saying it "condemns police harassment of journalists covering a 10-day-old wave of anti-austerity protests in Tunisia".

The North Africa Foreign Correspondents' Club deplored the summoning of journalist Mathieu Galtier from his house on 11 January by security forces and asking him to disclose his sources after reporting from Tebourba for the French newspaper Libération.

Something old, something new

Beyond the arrests is a wider media campaign against the protest movement. The Interior Ministry has shared package videos compiled from footage its own media team compiled of confrontations with citizens – showing only one perspective, with dramatic music and compiled next to images of damaged property.

The ministry spokesperson came out early on Tuesday fighting, saying there had been no protests at all on Monday night, only looting and vandalism.

The ministry has used both old techniques and new ones in its media campaign. One of the old ones was trying to link protests to terrorism, saying that radical Islamist "Takfirists" had been arrested, resurrecting the bogeyman that fuelled an earlier counterrevolutionary project, especially in 2013.

One of the new techniques was adopted from opposition movements: a hashtag, contrived to mirror grassroots hashtag movements like Manich Msamah (I Will Not Forgive) and the newer Fech Nestannew. The hashtag they chose was Matahraqsh Bledek Touness Mehtajetlek (Don't burn your country, Tunisia needs you).

Police tactics have also been adopted by self-proclaimed journalists. On 9 January, Tunisian National TV, which is funded by a special tax on electricity bills, hosted student activist and member of the Fech Nestannew campaign, Kussay Ben Fraj. The interview was more like an interrogation of a prisoner, with words put into his mouth and even plotlines made up as on-the-spot accusations.

One presenter concocted a story of him being the adopted son of infamous businessman and trader Chafik Jarraya, who was arrested for threatening state security as part of an anti-corruption campaign earlier in 2017 that appeared only to target the political enemies of a group of governing elites.

Finally, there have been the statements by politicians. Prime Minister Youssef Chahed first responded on Tuesday morning by saying that legitimate protests in a democracy happen during the day, not at night, appearing to delegitimise some of the protests.

Later on Friday, his spokesperson Mofdi Mseddi took a much harder line, saying in a statement sent to foreign journalists that "there are no demonstrations, only vandals". He used the word "casseur" which has the connotation of hired thugs in Tunisia.

The Ennahda party, which has been ruling as a junior partner of the consensus governing coalition, released a statement blaming the instrumentalisation of the protests by "leftist anarchists".

A prominent Tunisian sheikh with hundreds of thousands of followers on Facebook posted a poll on his page asking whether the Popular Front should be classified as a terrorist organisation, which after a few thousand votes was showing 76 percent in favour and 24 percent against.

All of these techniques kept the young, urban, educated would-be leaders of the protest movement on the back foot, forcing them to spend a lot of time in front of the media professing their peacefulness, focusing solely on the fall of the 2018 budget, denying they want the fall of the regime or any broader revolution, and distancing themselves from accusations of anarchism.

But in Tebourba, and in poor towns and areas across the country, there's a different, more desperate and raw anger.

Asked about Fech Nestannew last week, young men in Tebourba who had protested day and night appeared not to have heard of the movement.

Without organised leadership and structure, the opposition protests will likely remain volatile. 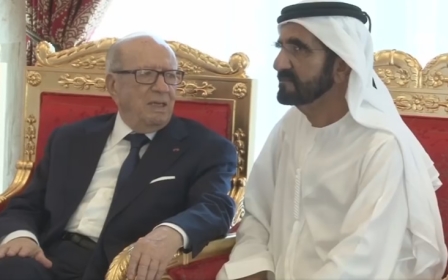 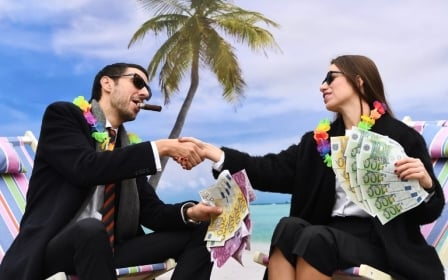 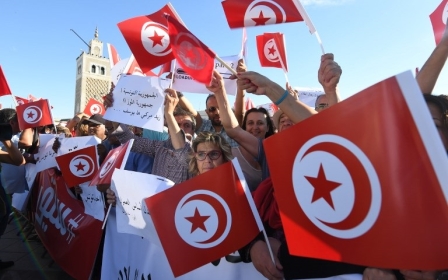