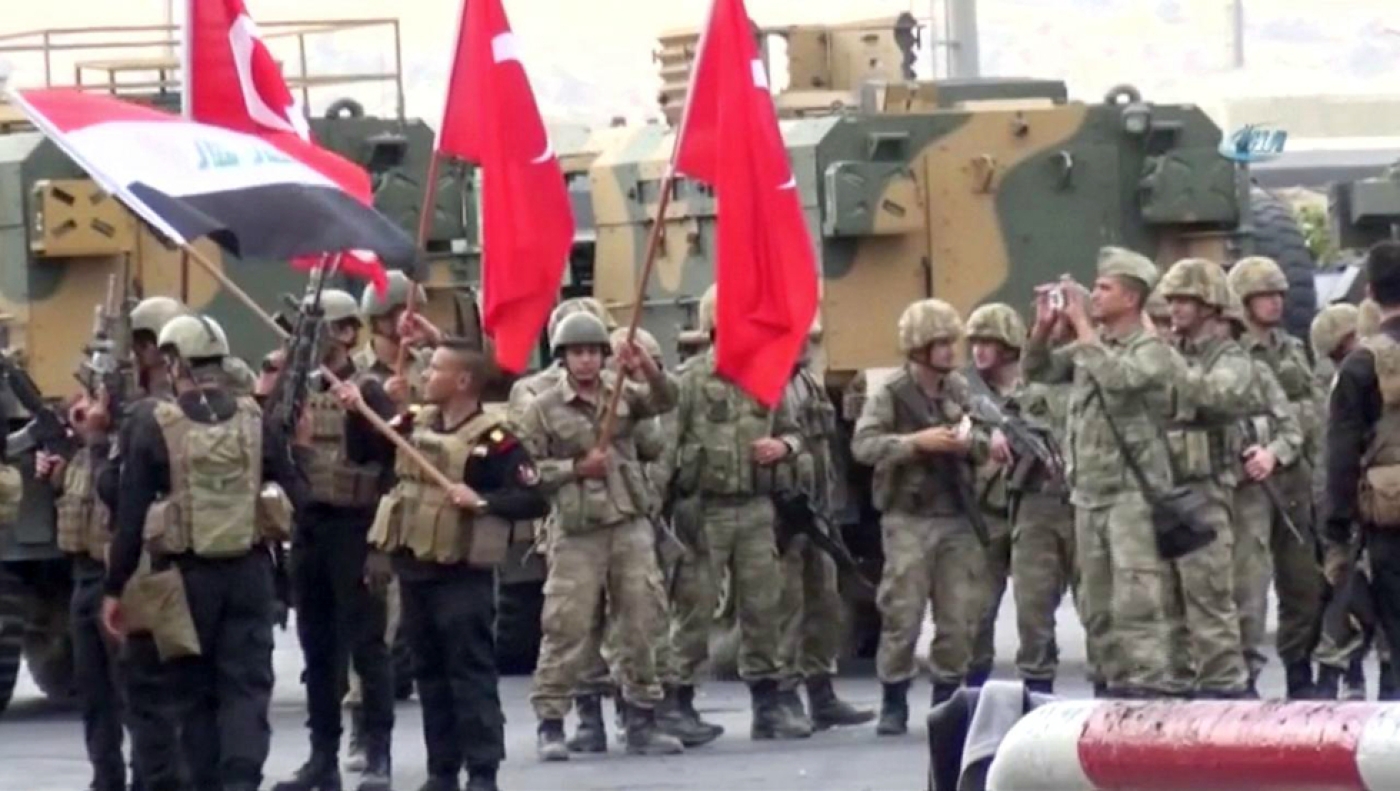 ISTANBUL, Turkey – The Turkish government has taken the first steps towards ending its economic isolation of the Kurdish Regional Government in northern Iraq, hoping that in response a grateful Erbil will help drive out PKK fighters from the Sinjar region.

On 26 March and after a six-month suspension, Turkish Airlines resumed direct flights from Istanbul to Erbil, the clearest indication yet that Ankara was willing to turn the page on its row with the Kurdish Regional Government, or KRG, in the wake of its ill-fated independence referendum in September last year.

"This is a big show of goodwill by Turkey. And what it is offering is a win for everyone. Ankara, Erbil and Baghdad," Ali Faik Demir, an academic at Istanbul's Galatasaray University, told Middle East Eye.

This is a big show of goodwill by Turkey. And what it is offering is a win for everyone

"The emphasis for military operations in Sinjar lies with Baghdad. But Baghdad will also be pleased if Ankara convinces Erbil to do its part in removing the PKK from there," he said.

The independence referendum by Iraq's Kurds was anathema to Turkey. Although unbinding, the notion of an independent Kurdish state and the carving up of Iraq was not acceptable to Turkey on any level.

The Turkish government was happy to put aside serious differences with the central Iraqi government in Baghdad and Tehran to effectively isolate the KRG economically, diplomatically and otherwise.

However, that has not been forgotten by other political parties active in northern Iraq.

Soran Omar, an MP from the Kurdistan Islamic Group (Komal), told MEE that most of the population was no longer interested in ties with Turkey after its stance on the independence referendum.

"The Kurdish people are against these ties after the referendum because the KRG's relationship with Turkey is not based on the peoples' interests," he said.

The MP and his Komal party quit the KDP-dominated KRG coalition last December.

According to Omar, the KDP leadership created a personal relationship with the government in Ankara based on economic and security interests in the narrowest sense possible.

One of the thorniest issues between Ankara and Baghdad before their cooperation against the KRG was Turkey's growing military presence on its territory with no objection from the Kurdish semi-autonomous government in the north.

Ankara's satisfaction with its strategy of pre-emptive cross-border military offensives against what it considers "terrorist threats" to its national security means it is ready to reconcile with its erstwhile ally in northern Iraq to push its advantage and clear out PKK pockets in that country too.

Ankara has not ruled out further military offensives in both Syria and Iraq. It hopes that regional and central governments in those areas will realise after Afrin that Turkey is determined to take unilateral action if they fail to address its concerns.

And while ties between Baghdad and Ankara have improved, it still does not welcome any messages suggesting foreign military operations on its territory.

The Turkish military announces regular air strikes and limited ground incursions on PKK hideouts in parts of northern Iraq. It often carries out these attacks aided by US intelligence reports.

The Turkish state and the PKK have been involved in an armed conflict since 1984. Ankara, Washington and Brussels list the PKK as a terrorist organisation.

The PKK moved into Sinjar in 2015 to free it of Islamic State group fighters who ousted Iraqi government forces from that area the previous year.

The PKK's settling into the mountainous Sinjar region in northwest Iraq - mostly populated by Yazidis - represents a threat to Turkey on two accounts, according to Turkish officials.

It allows easy movement of PKK fighters and logistics between northern Iraq and PYD-controlled regions in Syria.

And the similarity of the terrain to the PKK's operational headquarters in Qandil has enabled the PKK's military leadership to stay put and relatively unscathed despite decades of air strikes.

All eyes on Sinjar

Iraqi media reports earlier in the week suggested that the PKK had begun withdrawing from the Sinjar region without providing specifics on where they were moving to or why.

Reports also suggested the Iraqi army had launched an assault to wrest back control of Sinjar. But the scale of the assault, and level of coordination and cooperation, if any, with Ankara was unclear.

Turkish President Recep Tayyip Erdogan on 26 March said he had received intelligence reports about Iraqi army action in Sinjar but was unaware of the details. He also said an Iraqi official was expected to meet with Turkey's intelligence chief later that day to brief Ankara on the military action.

"What we know is only through public statements. We don't know what talks were held in private between Ankara and Erbil, and whether Erbil has a role in this withdrawal of PKK from Sinjar," said Demir.

Economic incentives aside, the Barzani clan's KDP-dominated KRG will be eager to cooperate with the AKP-run Ankara government with whom – apart from ethnicity - it shares more common values than with the PKK. It has also partially cooperated with Ankara in this regard in the past.

"We should not forget that Ankara and Erbil had a model relationship before the referendum crisis," said Demir.

"Relations with Erbil were certainly better than they were with Baghdad and many other regional capitals. What hampered ties was a single issue, so restoring ties should not be a major problem."

Ties were so advanced between the two that Turkish troops were even providing military training to the KRG's peshmerga forces.

Turkish businesses flourished as the dominant players in the untapped Iraqi Kurdish market. For Iraq's Kurds, Turkey had become their major gateway to the world, especially to the West.

Omar, however, questioned the sustainability of the relationship given the recent crisis facing the ruling party in Erbil.

"Only the KDP has this relationship with Turkey and other parties in Kurdistan have nothing to do with it," said Omar.

Any boost to the economy is likely to be welcomed by the KRG as protests have spread in recent days over ongoing austerity measures that have seen public sector wages cut.

Omar, who also heads the Iraqi Kurdistan parliament's human rights committee, slammed heavy-handed measures by KRG forces to suppress the protests but insisted that an economic hand from Ankara was not wanted either.

Massoud Barzani's stepping down as president in the wake of the referendum will also have placated Ankara on that front, even if it makes little real difference given that the Barzani family still holds onto the reins of power.

Reconciliation with Erbil also helps Ankara combat an image of harbouring an anti-Kurdish agenda, according to Demir who said the ever-shifting positions of international and regional players in Syria were also a factor in the attempt to reconcile.

"Turkey's excellent relationship with the KRG was always the best defence to show that Turkey did not have an anti-Kurdish agenda or problem. It was simply focused on a terrorist threat that happens to be ethnic Kurdish in origin."