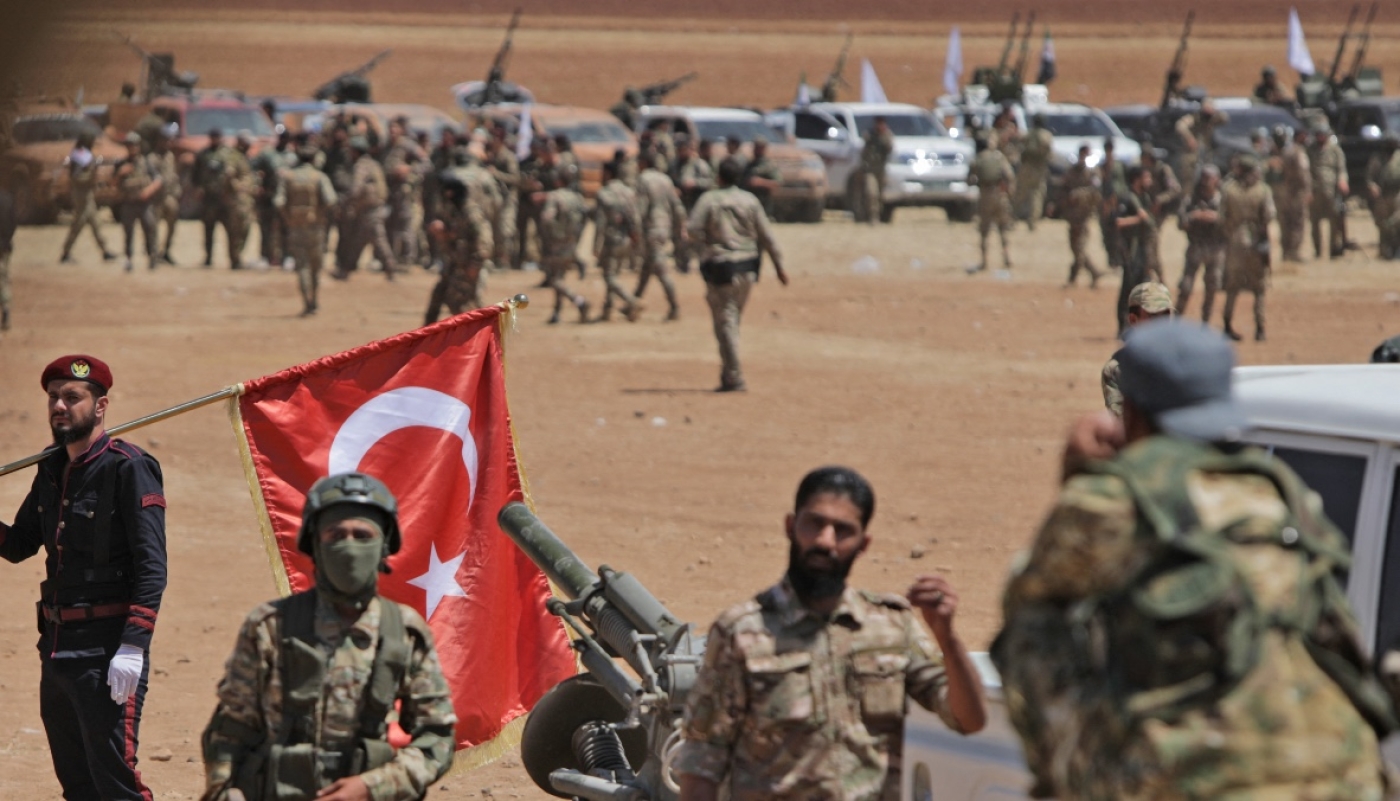 A man carries a Turkish national flag as Turkey-backed Syrian fighters gather along the frontlines opposite Kurdish forces near the town of Dadat north of Manbij in Syria's northern Aleppo province, on July 5, 2022 (AFP)
By
MEE staff

The defence ministers of Russia, Turkey and Syria met in Moscow on Wednesday for the first time since Syria’s war erupted, in a major sign of rapprochement between regional foes.

The gathering marks significant progress for Russia, which has reportedly been trying to smooth ties between Turkey and its Syrian ally for months. 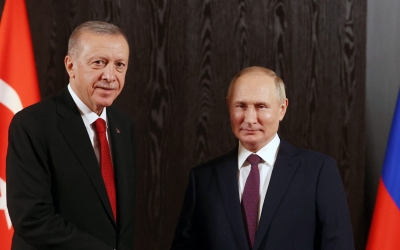 Turkey was a supporter of protests that sought to topple Syrian President Bashar al-Assad and continues to back anti-government fighters. However, with an election approaching, President Recep Tayyip Erdogan has made overtures towards Damascus.

In December, Erdogan laid out a roadmap for normalising ties with Syria in coordination with Russia that appeared to closely follow Wednesday's events.

Assad had reportedly been rejecting appeals from his Russian ally to meet with Erdogan, saying it could give him a boost in Turkey’s elections, at a time when Ankara still maintains troops on Syrian soil.

Wednesday’s meeting came after Erdogan repeatedly threatened to launch a new military offensive in northern Syria against Kurdish militants.  The US, Turkey's Nato ally, has warned that a Turkish incursion would undermine operations against the Islamic State group, carried out jointly with some Kurdish groups which Ankara considers "terrorists".

Analysts told Middle East Eye that the US had limited leverage to prevent a Turkish assault, as the area in focus is mainly under Russia's sphere of influence in Syria's carved-up battlefield map. 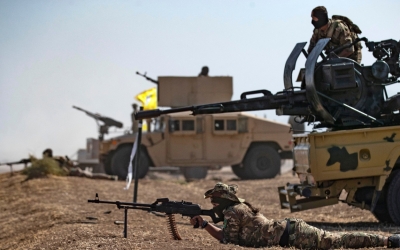 In wording that is likely a warning to Kurdish groups, the Turkish ministry said "joint efforts to combat all terrorist organisations in Syria were discussed" on Wednesday.

Turkey’s defence minister told reporters on Saturday that Ankara was in talks with Russia about a possible operation against the Syrian Kurdish YPG militia.

"We are holding discussions with the Russians about the opening of the airspace" in Syria, he said.

The Turkish and Syrian foreign ministers had a brief informal exchange on the sidelines of a regional summit in 2021, and Ankara has acknowledged contacts between the intelligence services of the two countries.

Restoring ties with Ankara could also have benefits for Syria, which has slowly been making its way back into the regional fold. In March, Assad visited the UAE for his first visit to an Arab country since the Syrian war started. 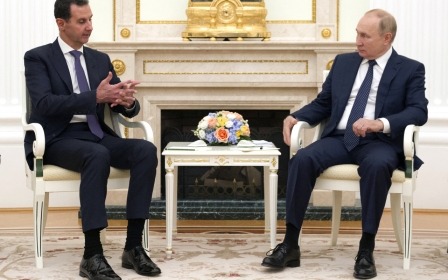 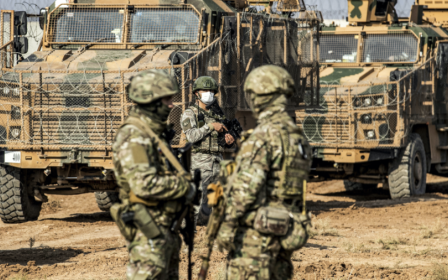 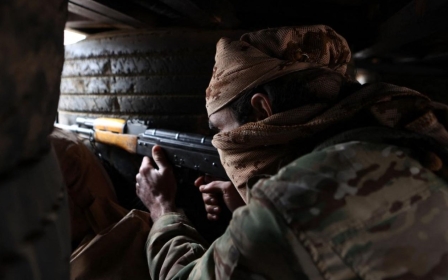