Government grants, alleged use of public funds, and the state-affiliated media raise questions of fairness ahead of Turkey’s election 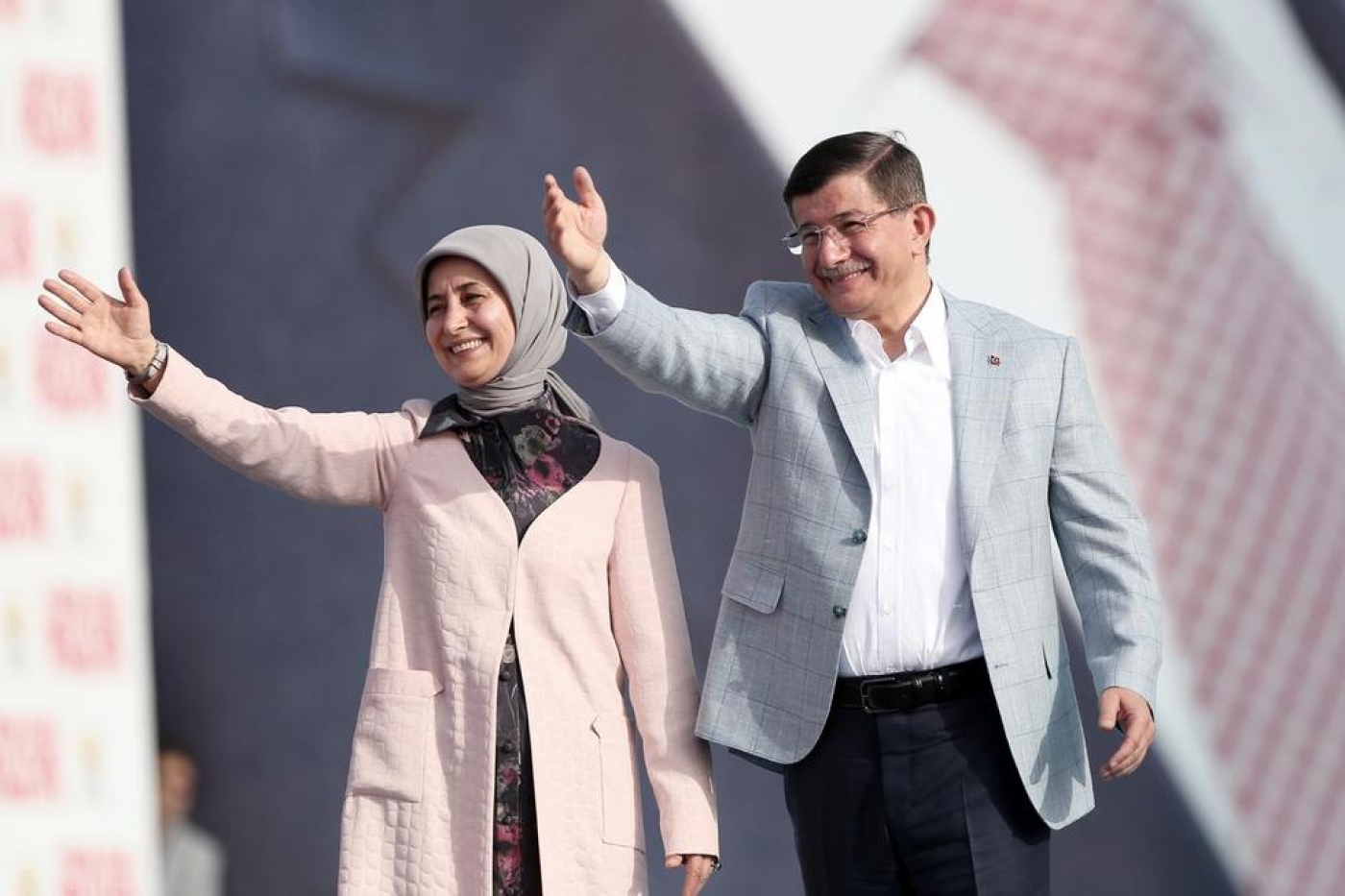 Turkey's Prime Minister Ahmet Davutoglu and his wife Sare Davutoglu greet the crowd during an election rally in Istanbul, Turkey on 17 May 2015 (AA)
By
Cagri Ozdemir

ISTANBUL, Turkey - The election campaign period in Turkey took place in a familiar setting for many Turkish nationals. Redundant use of party flags, deafening campaign songs, buses and mass rallies by party leaders were common scenes.

The national treasury increased grants allocated for political parties in 2015 ahead of the election. Political parties that managed to acquire more than seven percent of the total vote in the last election are eligible to benefit from these grants.

Only three parliamentary parties managed to acquire financial support, and the mainly Kurdish Peoples' Democratic Party (HDP) was not eligible, as the party was formed in parliament by independent MPs. This was a strategic choice by Kurdish parliamentarians in the 2011 election, made to overcome the ten-percent threshold.

The treasury grants were increased threefold this year, and the ruling Justice and Development Party (AKP) was the largest recipient, with $75 million. It is followed by the Republican People's Party (CHP) with $40 million and the Nationalist Action Party (MHP) with $20 million.

Although parties do not spend the whole sum on their election campaign, generous grants are the main income of political parties in Turkey. Since only three parties are eligible for the grants and due to HDP's prospects, only four parties are expected to make it into the parliament.

The chances for the remaining sixteen national parties that will also be running in Sunday's election appear to be dim. This is partly due to the election threshold, but also due to their lack of finances. Their efforts to reach out to the masses are limited and the Turkish electorate is now largely consolidated around the main four parties.

This is evident when the number of mass rallies is considered. Prime Minister Ahmet Davutoglu is expected to hold rallies in all 81 cities in Turkey, with the last being on 6 June. CHP leader Kemal Kilicdaroglu has addressed its electorate in 64 cities and MHP leader Devlet Bahceli has reached out the masses in 46 cities.

Though the HDP is running its election campaign mainly with the financial support of its sympathisers, and is suffering from this handicapped situation, the party's co-chairs Selahattin Demirtas and Figen Yuksekdag are finalising their rallies with a total of 43 cities.

In the meantime, President Recep Tayyip Erdogan has also been busy during the campaigning period. Referring to Erdogan's rallies, Demirtas said: "They are running election campaigns unlawfully. It is a crime against the constitution to run a campaign with the public money. [The] so-called 'objective' president does [it] this way."

To cope up with increasing presidential expenses, Erdogan was recently given an extended "discretionary fund". He has been running his pre-election rallies as well as covering the presidential palace costs with this fund.

The use of public facilities and services was another boiling point in assessing the fairness of the election. Reports from around the country have alleged that the government party has not not refrained from using public services and transportation vehicles for their rallies.

According to the Supreme Electoral Board of Turkey (YSK), the body that oversees elections in the country, it is forbidden to use public facilities and services for party propaganda purposes.

The AKP denies these allegations and states that its actions are in line with the election rules, saying that their transportation services are being hired from municipalities.

The fragmented Turkish media has not been impartial during the election campaigning. While the government-leaning media largely overlooked the opposition parties' rallies, critical media focused on Erdogan's support of the AKP.

The situation with state media organisations has also been telling. According to Asli Tunc, a media and communications professor at Istanbul Bilgi University, the country's national broadcaster TRT and the state-run news agency Anadolu has now fallen under the direct control of the government.

"Before the AKP rose to power, 20 percent of the Turkish media were Islamist-conservative newspapers and channels," Tunc said. "But over the years, stations and newspapers began to be pro-government. Now, basically two-thirds of the media is somehow pro-government."

In Turkey, more than a dozen conglomerates have a stake in the media business. While some of these media owners have been at odds with the government party many times in the past, all of them have their stakes in various industries at different levels.

A fierce war of words between the president and the newspaper took place. The Turkish president accused the newspaper of making an implication about his own future - Erdogan also received 52 percent of the votes in the 2014 presidential election.

Earlier in 2015, the trucks were stopped by the local gendarmerie, and not much later the soldiers who revealed the cargo were arrested in a series of operations. The AKP government was accused of sending weapons to hardline rebels in Syria.

In the final days before the election, the TRT announced a decision regarding the time allocated for official party propaganda. Accordingly, all 20 parties running in the election are given time slots in which to pass their messages to the electorate.

Remaining parties have only two slots, ten minutes each.

The president's non-stop rallies during this campaigning period was a first in Turkey. The president, nominally a ceremonial role, has never been actively involved in daily politics.

In the final weeks before the election, Erdogan personally held public rallies veiled as opening ceremonies, and delivered his messages amid widespread media coverage.

In May and June alone, he attended more than 40 opening ceremonies in 38 cities. He was widely slammed for his comments on the election, as he repeatedly talking against the opposition parties' election propaganda and manifestos, with HDP and CHP being the primary recipients of his criticism.

On one of his latest public get-together events in the central Anatolian city of Sivas, Erdogan slammed HDP by linking them to the outlawed Kurdish armed group PKK. The president further blamed MHP for supporting HDP’s ambitions to pass the electoral threshold and accused CHP's leader Kilicdaroglu of being a liar.

In reaction, Erdogan's increasing efforts to seek votes for the AKP has been criticised by the opposition parties. Referring to the president's introduction of Kurdish language Quran at a public rally, HDP's Demirtas said: "God did not send the Quran for you [Erdogan] to make your own advertisement. You should know your place. And there was no voice from the Diyanet [the Directorate of Religious Affairs] … He uses the Quran in a public rally."

According to the constitution, the president should remain impartial and should not take any political sides in office. Last week, while he was criticising HDP's parliamentary candidates, he said: "We did not nominate a fake mufti in Diyarbakir or a gay candidate in Eskisehir. We do not have such issues."

Whether his choice of the first-person plural was a slip of the tongue or a deliberate "mistake", he also admitted that he has actively involved in deciding the AKP candidates for the election.

Erdogan defends himself from criticism, saying that he is the "president of the people" and that he would not "stand aside in this process".

"[I will] express my thoughts and views about my country and my nation during this election at every opportunity," he said in May.

While Erdogan's political future largely depends on the success of AKP and HDP's parliamentary prospects, the outcome of the election on Sunday will be a decisive moment for Turkey as a whole. The relative unfairness during the campaigning period and Erdogan's efforts to deliver his political messages have been the most prominent aspects of the pre-election period, and how Turkish electorate evaluates this will be seen on Monday. 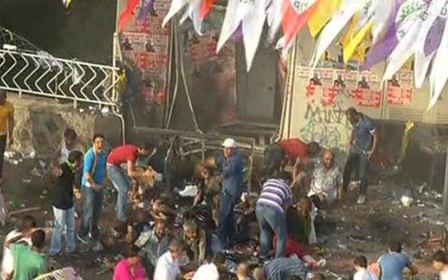 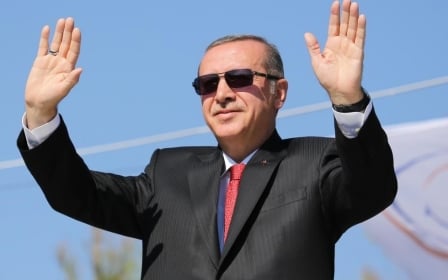 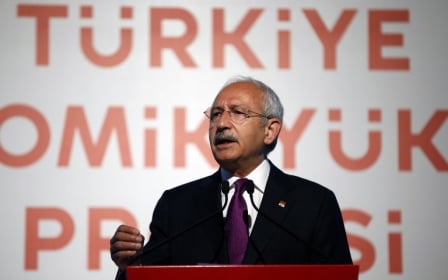