ANALYSIS: Why Iran is angered by Israel alliance with Azerbaijan 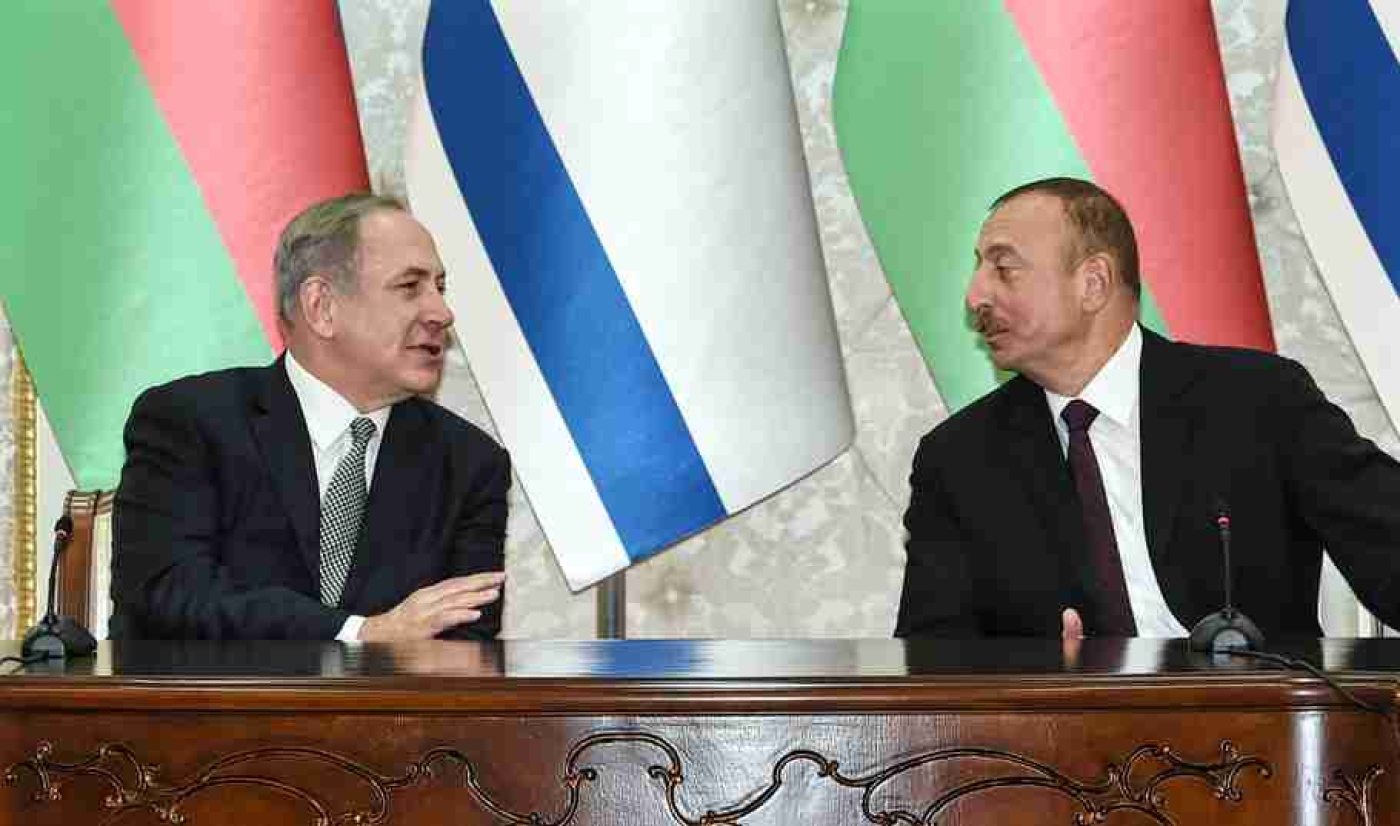 BAKU, Azerbaijan - When El Al's Boeing 767 carrying Israeli Prime Minister Benjamin Netanyahu and his entourage touched down on Tuesday at Heydar Aliyev international airport in Baku, one of the key players in the relationship between Israel and Azerbaijan was not to be seen: Yossi Cohen, the head of Mossad, Israel's powerful foreign espionage agency.

Usually, heads of Mossad do not participate in high-profile visits by the Israeli prime minister. But even without his presence, Cohen and his agency are playing a major role behind the scenes, cementing the strategic alliance between Israel and Azerbaijan.

With a few exceptions, Muslim nations neither have diplomatic relations nor any other official encounters with Israel

Netanyahu's visit, lasting only six hours, included a meeting with President Ilham Aliyev. The talks commemorated the 25th anniversary of diplomatic relations between the two nations and were also intended to upgrade them further.

It is an unlikely alliance between a Muslim nation and the Jewish state. With a few exceptions - Egypt, Jordan and central Asia republics - Muslim nations neither have diplomatic relations nor any other official encounters with Israel.

How Israel and Azerbaijan made sweet

Azerbaijan lies on the shores of the Caspian Sea, bordered in the south by Iran. Like Iran, it is predominantly Shia but its regime is secular and pro-Western.

Over the years, Azerbaijan, which declared its independence in 1991 after the collapse of the Soviet Union, has gradually become a close ally of Israel, thanks to the importance of its geo-strategic position.

The alliance is based on the old dictum that "the enemy of my enemy is my friend". Iran is considered by Israel as its most dangerous enemy. There are also historic diplomatic and territorial disputes between Azerbaijan and Iran, whose largest minority population is Azeri.

For almost a decade, Israel secretly sold arms to Azerbaijan. The full scope of the transactions was never made public. Israeli censors have systematically forbidden Israeli media from publishing any details. The only stories came from international reports, which were partial, incomplete and even biased.

So it was a huge surprise even to Netanyahu when Aliyev announced during their joint news conference on Tuesday that his country had signed $5bn worth of long-term contracts over the years to buy weapons and security equipment from Israel. A close confidant of Netanyahu said: "We were taken by surprise when we heard the president."

READ: The Israeli spies left out in the cold

Aliyev, who has ruled in Azerbaijan since the death of his father in 2003, went on to say that "we have very good security cooperation with Israel and we're very satisfied with the level of this cooperation".

His comments provide some insight into the comfort level that he has with his country's strategic ties with Israel. They come against the backdrop of hostile relations between Azerbaijan and Iran, whose leaders have repeatedly condemned Azerbaijani-Israeli ties, including Tuesday's visit.

Why Tehran is worried

Tehran sees this relationship as a threat to its security and claims that Azerbaijan serves as a forward base for Israel intelligence-gathering, as well as offering the potential to prepare for a military strike.

In 2012, when tensions were high over Iran's nuclear programme, Tehran accused Azerbaijan of allowing Israeli fighter planes to use its air space and airfields for bombing practice.

In August 2014, a year before it signed the nuclear deal with six world powers (the US, Russia, China, UK, France and Germany), Iran claimed it shot down an Israeli drone operating from Azerbaijan on a spy mission over one of its nuclear facilities.

Though not officially confirmed, some reliable media publications including Intelligence Online said a few weeks ago that Mossad and Israeli military intelligence have listening posts on Azeri soil that monitor Iran.

Aliyev did not elaborate on the kind of weapons his country is purchasing from Israel. Reliable sources said they include patrol boats to defend Azeri fishing rights in the Caspian Sea, drones, missiles, technology to upgrade the Azeri air force, sophisticated intelligence equipment and C3 (command and control communication) equipment.

During his visit, Netanyahu held talks with his hosts about potential sales of Iron Dome

Netanyahu, for his part, refused to comment, but during his visit he held talks with his hosts about potential sales of Iron Dome, the Israeli-made anti-missile defence system.

Azeri officials said they need the weapons to defend their country in potential clashes with Armenia over the disputed region of Nagorno-Karabakh, as well as to deter Iran.

No less surprising was the admission by Aliyev that his country sells Israel crude oil. He also added that he is interested in "diversifying" commerce between the two states.

READ: Why Israel is on pins and needles about Obama's last days

Netanyahu followed up by confirming that nearly half of Israel's oil imports originate from Azerbaijan. That's an annual purchase of around 40 million barrels, or 5.5 million tons of crude oil, worth $1.5bn.

Netanyahu praised the cooperation and friendship between the countries.

He said that with the great "darkness" present in some parts of the world, not least the Middle East, the relationship was an example of cooperation and friendship between Israel and the Muslim and Arab world.