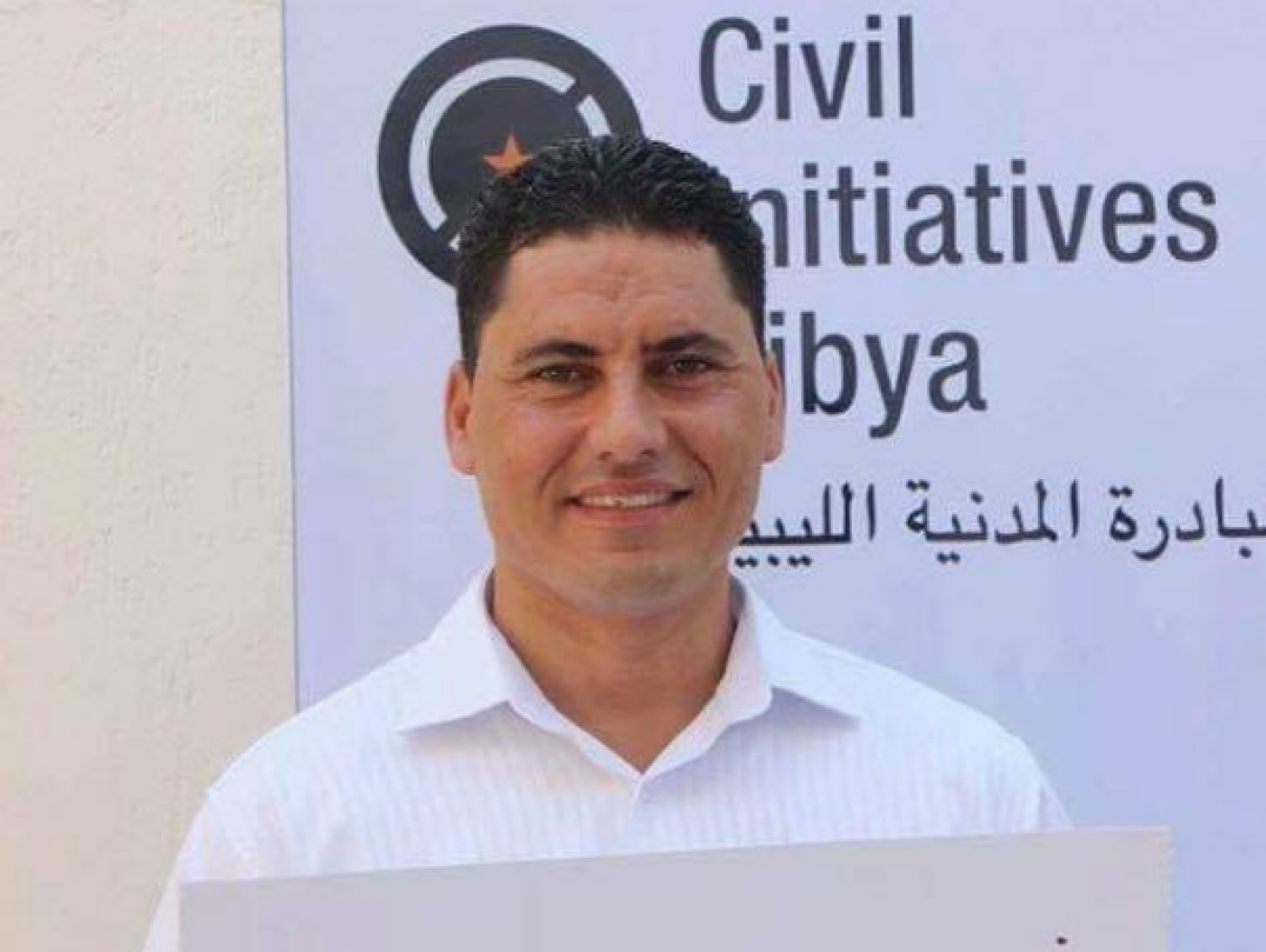 The abduction of a leading Amazigh activist by gunmen affiliated to military strongman Khalifa Haftar has created an outpouring of anger.

Rabie al-Jayash, whose whereabouts remain unknown, was invited to attend a celebration of the Independence Day at the children’s theatre in Benghazi on 27 December last year.

Local reports claimed Jayash was taken by gunmen outside the theatre after they heard him speaking Tamazight, the Amazigh language, on the phone.

In a statement released by the National Commission for Human Rights in Libya (NCHRL) on Monday, the commission condemned what they consider to be the “arbitrary and unlawful detention” of Jayash.

The statement added that the commission held Haftar’s forces and the so-called ‘Dignity Operation’ responsible for Jayash’s safety, and calls for immediate action from the Benghazi security directorate chief and the city’s mayor.

Along with Jayash, his Benghazi host and fellow activist Jamal Fellah was also detained and later released following interrogation.

The Amazigh are indigenous to North Africa, and are now a minority group in Libya. While the group consider themselves the original Libyans, discrimination based on their ethnicity and unique language is not new to them.

“We are so used to being cautious of using our language. Gaddafi made it criminal to teach it and banned books written in the Tifinagh (Tamazigh alphabet)," Amani from the Amazigh town of Zuwara told Middle East Eye.

"We can still see the effect of that today. People often look at you differently when they hear you speak Tamazight.”

Amazigh groups have expressed concern over Jayash's detention for merely "speaking Tamazight, and carrying a book written in it". 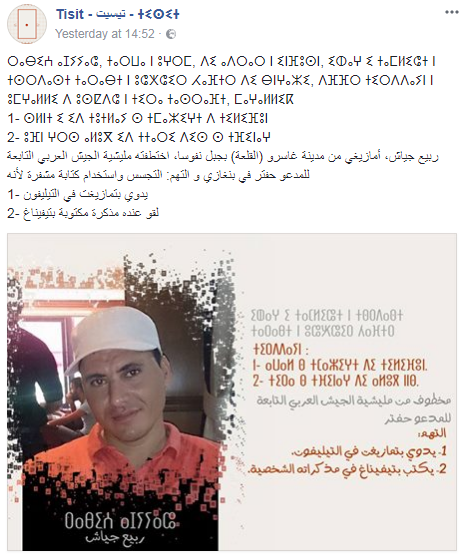 Amazigh tribes suffered decades of oppression under the regime of former leader Muammar Gaddafi, who denied their existence, claiming that their language, which is related to ancient Egyptian, is “merely a dialect or accent” of Arabic.

Haftar and his self -styled army have been accused by rights groups of arbitrary detentions, and extra-judicial killings in the east of the country, with one of Haftar's commanders wanted by the International Criminal Court. 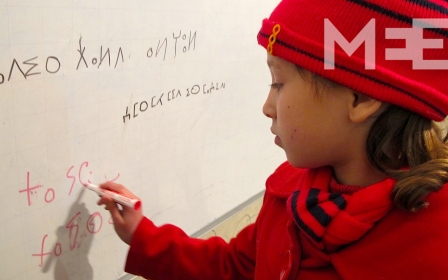 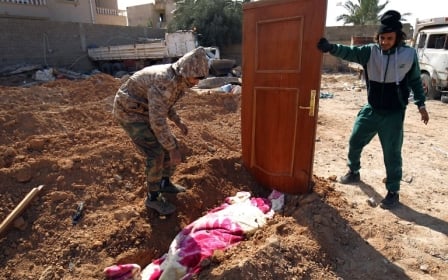 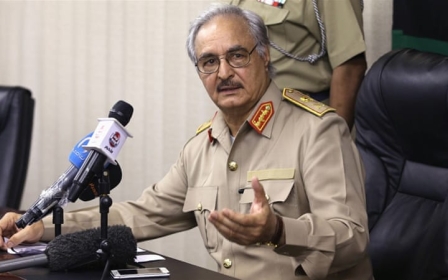