A counter-demonstration is planned to welcome refugees to the small town of Lahti, as police consider bringing further charges A man dressed as a member of the US-based white supremacist group, the Ku Klux Klan, waves a Finnish flag (Twitter/@syndicalisms)
By
Mary Atkinson

The Finnish government has called a violent attack on a group of refugees an “isolated incident” after fireworks and stones were hurled at a bus carrying the new arrivals.

The incident, which took place in the small southern town of Lahti on Thursday, saw up to 40 far-right protesters harass Red Cross volunteers working in the town, before attacking a bus carrying refugees.

The protesters waved Finnish flags, and one was photographed wearing the white robes and pointed hat characteristic of the Ku Klux Klan, the US-based white supremacist group linked to racist murders by lynching as recently as 1981.

In a separate incident in the nearby town of Kouvola on Thursday, a Molotov cocktail was thrown at a reception centre for asylum seekers, causing no injuries.

Finnish police have said they are “considering” whether to bring further charges against the group.

Two members of the group have already been issued with fines by police who were present at the scene, one for breach of the peace and the other for “dangerous use of fireworks,” according to YLE.

As photographs of the attack went viral on Friday and into Saturday, Finnish police said they were investigating whether charges of “ethnic agitation,” which carries a maximum sentence of two years in prison, could be brought.

A counter-demonstration to welcome refugees to Lahti is planned for Saturday – over 1,000 people have said they will attend.

A group of 23 local business leaders have said they will join the protest, stating that they “warmly welcome refugees to [their] hometown”.

“As an old migrant city Lahti represents for us a diverse and tolerant environment,” the group wrote on Facebook.

Thursday’s attack has prompted some to warn that without further attempts to educate locals, the influx of asylum seekers could herald more anti-immigrant violence.

The Somalian-Finnish politician Fadumo Dayib, who is looking to make history by becoming Somalia’s first female president, spoke out against the attack and called on the Finnish government to do more to combat anti-immigrant rhetoric.

Dayib, who came to Finland as a refugee in 1990 when Finland was in the grip of one the worst periods of recession in its history, recalled being chased by skinheads shouting racial abuse when she arrived in the country.

“Silence is no longer an option. Our moral duty is to ensure that new refugees don’t have to experience 1990 all over again,” Dayib wrote on Friday.

#Finland needs to prepare its citizens to receive & accommodate #refugees. Civic education a priority. #Integration is a 2 way street #Lahti

Earlier this month Dayib, now a PhD researcher at the University of Helsinki, hit out earlier this month at what she called Finland’s “failed integration policies,” saying inefficient government programmes are overwhelmingly run by, and designed to benefit, Finnish citizens rather than refugees.

Finland, though geographically isolated in the far north east of Europe, has been struggling to cope with new arrivals amid the largest ever refugee influx in the region.

Finnish Prime Minister Juha Sipila said this week that the country could receive up to 50,000 asylum seekers over the course of 2015, which he said would be equivalent to Germany receiving 800,000 owing to Finland’s small population.

“The numbers are constantly growing in Finland,” Sipila said on arriving in Brussels for an emergency summit to discuss a crisis that has threatened to divide the 28-member European union.

Authorities have been struggling to cope amid the unprecedented influx, with migrants temporarily housed in disused army barracks and forbidden from leaving “reception centres” while they wait to be registered as asylum seekers.

The disarray has left asylum seekers in limbo, with some reportedly returning to neighbouring Sweden.

Members of a Facebook page used by Iraqi refugees have been warning others not to make Finland their destination, complaining that they were “suffocating” in the country.

In one video posted to the page, a man identified only as Mustafa says in Arabic that is is “much better to live in Iraq”.

“It is just terrible here. It’s safe … but we are suffocating. It’s dangerous there, but so be it … I’d rather die in my home country,” he is heard to say. 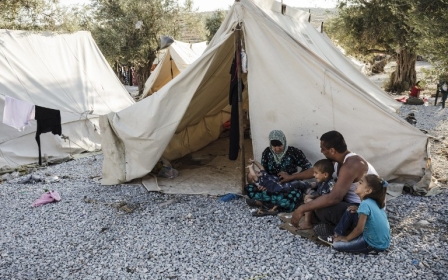 Refugees
Italy hits back at France, Germany in refugee row