Analysts: in the absence of an IS threat against Amman, Jordan's participation in strikes against the militants may make it a terror target 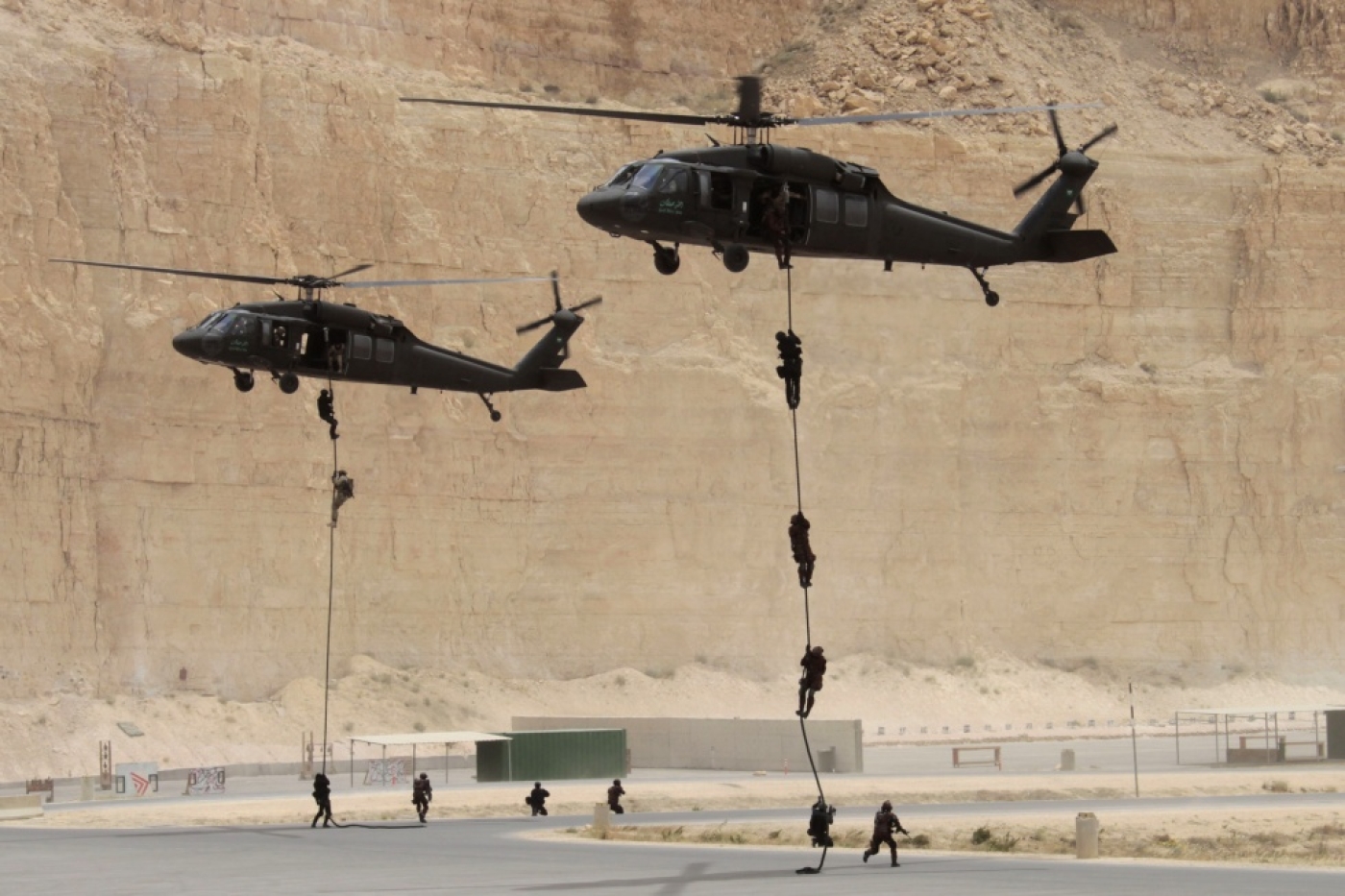 Jordanian and US special forces conduct a military exercise in Amman on 27 May, 2012 (AFP)
By
MEE and agencies

Jordan has kicked the "hornet's nest" by joining the US-led war on militants in neighbouring Iraq and Syria, analysts say.

The Hashemite kingdom, a staunch ally of Washington, has sent warplanes to bomb the Islamic State (IS) militant group in Syria as part of a US-Arab coalition.

Jordan has long faced the challenge of dealing with its own militancy, some of whom have joined militants fighting in Iraq and Syria, with which Jordan shares borders.

Many of these battle-hardened Jordanians are now returning home after several years at war, causing deep concern in Amman.

"Jordan is now in a danger zone, after IS called on its supporters around the world to carry out attacks against the United States and its allies," said Hassan Abu Hanieh, an expert on Islamist groups.

"Some cells could carry out attacks in retaliation."

Suicide attacks by Al-Qaeda on three hotels in Amman killed 60 people in 2005.

According to the London-based International Centre for the Study of Radicalisation (ICSR), there are about 1,500 Jordanians in Syria among battling fighters supporting the rule of Syrian President Bashar al-Assad.

King Abdullah II said Wednesday that Jordan was "at the forefront" of international efforts to defeat militants who threaten global security.

"The terrorists and criminals targeting Syria, Iraq and other countries today are extreme reflections of a great global threat," Abdullah told the UN General Assembly in New York.

Syria's more than three-year-old civil war has triggered an influx of about 600,000 Syrians into Jordan, placing a huge burden on the country.

The kingdom, which has a 1994 peace treaty with Israel, also hosts more than two million Palestinian refugees, as well as large numbers of Jordanians of Palestinian origin.

They include firebrand cleric Abu Qatada, who was acquitted of terrorism charges and freed by a Jordanian court Wednesday, more than a year after he was deported from Britain.

Jordan's militant movement is generally dominated by anti-IS groups that support Al-Qaeda and its Syrian ally, Al-Nusra Front, which has also been targeted in the recent US raids.

As with the other Arab states supporting the US strikes -- Bahrain, Qatar, Saudi Arabia and the United Arab Emirates -- the fear is that Jordan could face anger at home over the bombings of fellow Muslims.

The Arab allies have decried IS militants but also deeply oppose Assad's rule, which is backed by Iran.

By joining the US-led coalition, Amman stirred up "a hornet's nest without a real threat requiring such an intervention," said Jordanian political analyst Labib Kamhawi.

"Jordan has no interest to enter such a danger zone. Officials gave repeated assurances that IS posed no threat to the country's security or stability," he added.

"So why did we send planes to strike targets in Iraq and Syria?"

He warned of the "danger of retaliation" against Jordan -- a fear also shared by the country's main opposition force, the Muslim Brotherhood.

Its deputy leader Zaki Bani Rsheid said the Brotherhood rejected all "foreign interference in Arab and Islamic affairs as well as the participation of Jordan in these strikes."

The Jordanian security services announced Sunday the arrests of 11 members of IS accused of planning attacks "against vital institutions to spread anarchy in the country".

Jordan has traditionally been a key ally of the United States in the Middle East and has received significant economic and military aid from Washington.

There are more than 1,000 American troops based in the kingdom, where a group of about 20 lawmakers this month urged the government not to join the battle against IS.

"We must stay out of a coalition fighting a war that serves only American interests," said independent member of parliament member Khalil Attia.