Arabic press review: Toothless tigers of the Gulf (and Egypt)

Saudi-led quartet is powerless in the ongoing crisis with Qatar, says one newspaper, while another notes a new openness from Hamas 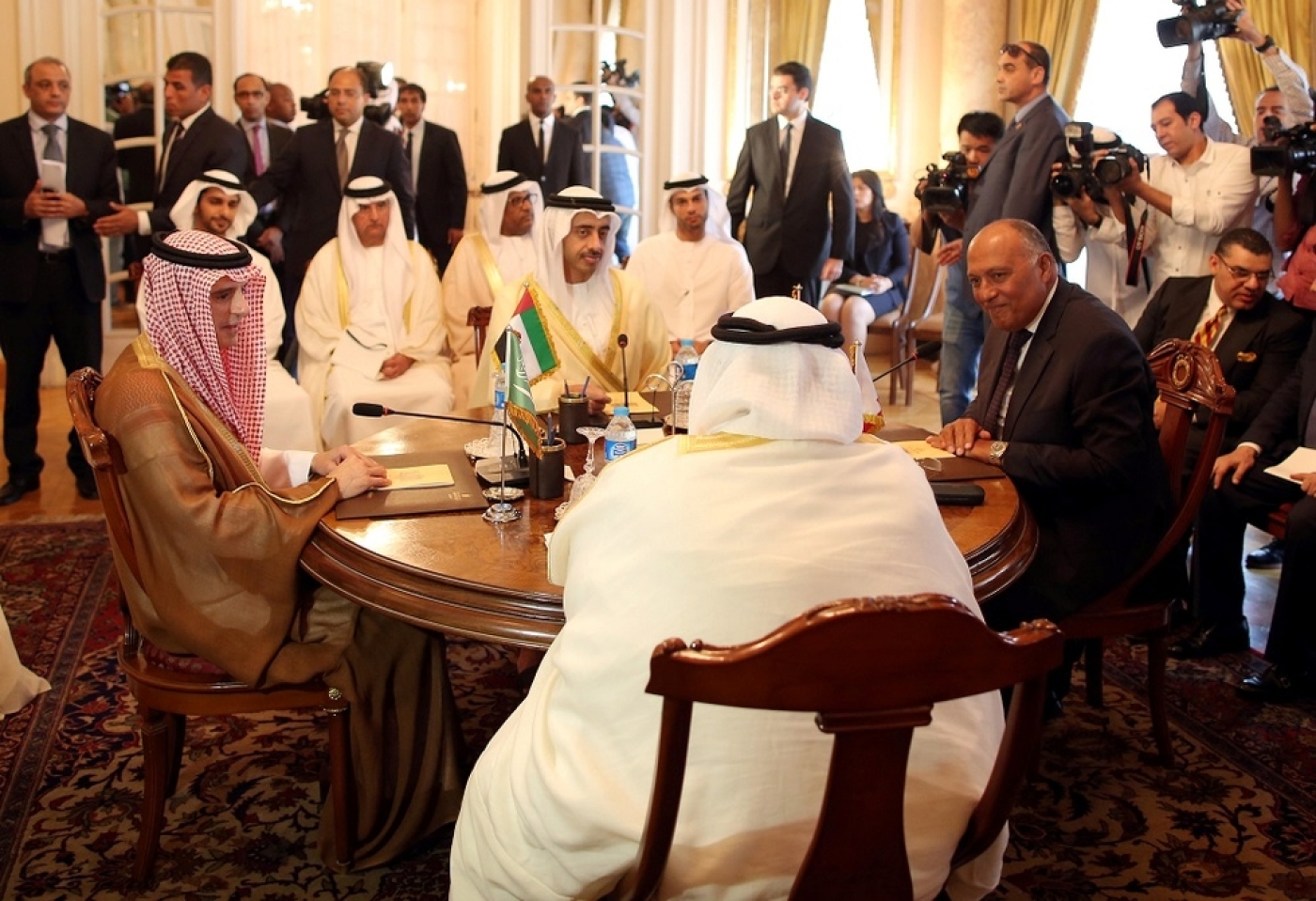 The Saudi, UAE, Bahraini and Egyptian ministers in Cairo (Reuters)
By
Mohammad Ayesh

Toothless tigers of the Gulf

The London-based al-Quds al-Arabi newspaper reported that the four Arab countries imposing an embargo on Qatar appear to be "powerless" to take any new position 12 days after the announcement of a 10-day period during which Qatar had to respond to the countries' demands.

After the Cairo meeting on Wednesday, the foreign ministers of the four countries issued a statement that did not include any punitive measures against Doha, according to al-Quds al-Arabi.

The newspaper also pointed out that the outcome of the Cairo meeting provoked a wave of ridicule by Qataris on social media.

Political and media analyses suggested that a call by US President Donald Trump to his Egyptian counterpart Abdel Fattah al-Sisi caused uncertainty among the embargo countries and crippled their ability to declare any punitive decisions against Qatar.

Palestinian political analysts have agreed that the speech by Ismail Haniyeh, the head of Hamas' political bureau, delivered on Wednesday 5 July, contained the spirit of a new phase of openness and emergence from the political isolation that has been imposed on the movement, according to the al-Sabeel Jordanian newspaper.

Political analyst Mohsen Abu Ramadan said that Haniyeh's speech presented an important strategy based on a desire for openness and emergence from political isolation.

No place for Syria in Arab League

The secretary-general of the Arab League, Ahmed Aboul Gheit, has stated that "there will be no further discussion about Syria's return to the Arab League during the current period," according to the Algerian al-Khabar newspaper.

Aboul Gheit expressed concern that Syria's mooted "de-escalation" zones, being negotiated by Iran, Russia and Turkey, would become isolated from each other and fall under Russian, Iranian and Turkish control.

He added: "Arab affairs must always be determined by Arab actions."

Warning of 'battle of the north'

The failure by the Astana negotiations to reach a comprehensive agreement on the so-called "de-escalation zones" is a prelude to the outbreak of the battle over northern Syria, according to the Saudi al-Hayat newspaper.

The newspaper says the negotiations over the de-escalation zones, their borders and monitoring mechanisms had failed because of disagreements between the guarantor states, as well as disagreements over the ceasefire in the north.

Alexander Lavrentiev, head of the Russian delegation, said: "There are still questions about the de-escalation zones in Idlib province" on the Turkish border, while the countries involved exchanged accusations about the reasons for the failure, according to the newspaper.