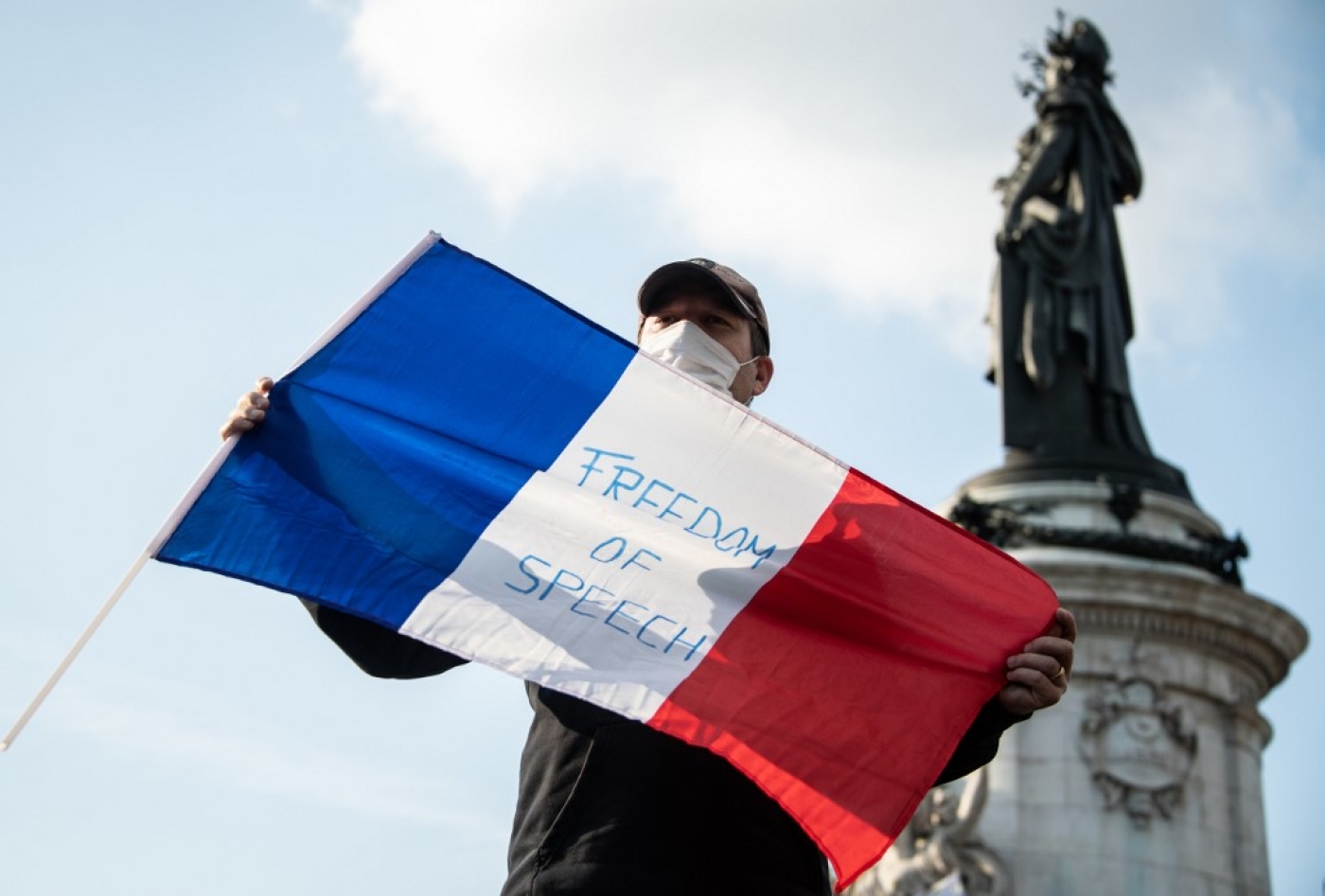 A man holds a French flag as people gather in Paris on 18 October 2020, to remember teacher Samuel Paty, beheaded by an attacker (AFP)
By
Mohammad Ayesh

The public prosecutor's office at the Judicial Counter-Terrorism Division in Tunisia has opened an investigation into MP Rached Khiari, following a post he wrote on Facebook regarding the beheading of teacher Samuel Paty in France, reported the Al-Arabi Al-Jadeed newspaper. 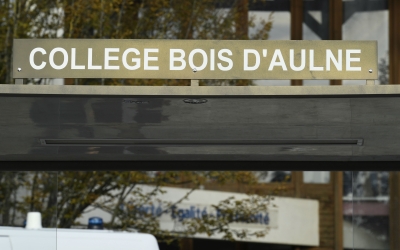 Khiari had stated that "insulting the Prophet Muhammad is the greatest crime, and whoever commits this crime should bear the consequences, whether it is a state, a group or an individual".

The public prosecutor's office considered the post to be a glorification of terrorist acts, which is punishable by Tunisian law.

The lawmaker said he stood by the post and refused to delete it, while confirming in other posts his adherence to his opinions.

He added: "I may waive parliamentary immunity and my position, but I will not renounce my conviction with regard to the crime of insulting the Prophet."

Grants and financial aid offered by Arab states to the Palestinian Authority have fallen by 81.5 percent during the first eight months of 2020, the news website Arabi21 reported on Sunday.

Data issued by the Palestinian Ministry of Finance showed that total Arab support for the budget from the beginning of 2020 until last August amounted to only $38.93m compared to $210.5m in the same period last year.

Last month, US President Donald Trump said at the signing ceremony of an agreement to normalise relations between Israel and the UAE at the White House that he had asked "rich countries to stop paying the Palestinians".

Last July, Palestinian Finance Minister Shukri Bishara confirmed during a press conference that "brotherly countries have suspended grants and aid directed to support the budget without any justification".

The drop in Arab support came amid financial difficulties and growing deficits in Gulf states’ budgets, as a result of the world decline in demand for crude oil resulting from the global outbreak of the coronavirus pandemic, according to Arabi21. On Sunday evening, Bahrainis took to the streets to protest against the visit of an Israeli delegation to Manama, waving banners denouncing the normalisation agreements with Tel Aviv.

Videos and photos of the demonstration were published by the dissolved Al-Wefaq National Islamic Society, the largest opposition party in Bahrain, via Twitter.

The video showed dozens of demonstrators in a street waving Bahraini and Palestinian flags and raising a banner condemning normalisation with Israel and the agreements between Manama and Tel Aviv.

The photographs showed a number of protesters carrying signs that read: "Down with Israel, O Zionists, get out of our land. Your agreement is void." Media
Arabic press review: What is Arab media saying about the Clinton emails?