Assad’s war on IS: Why now? 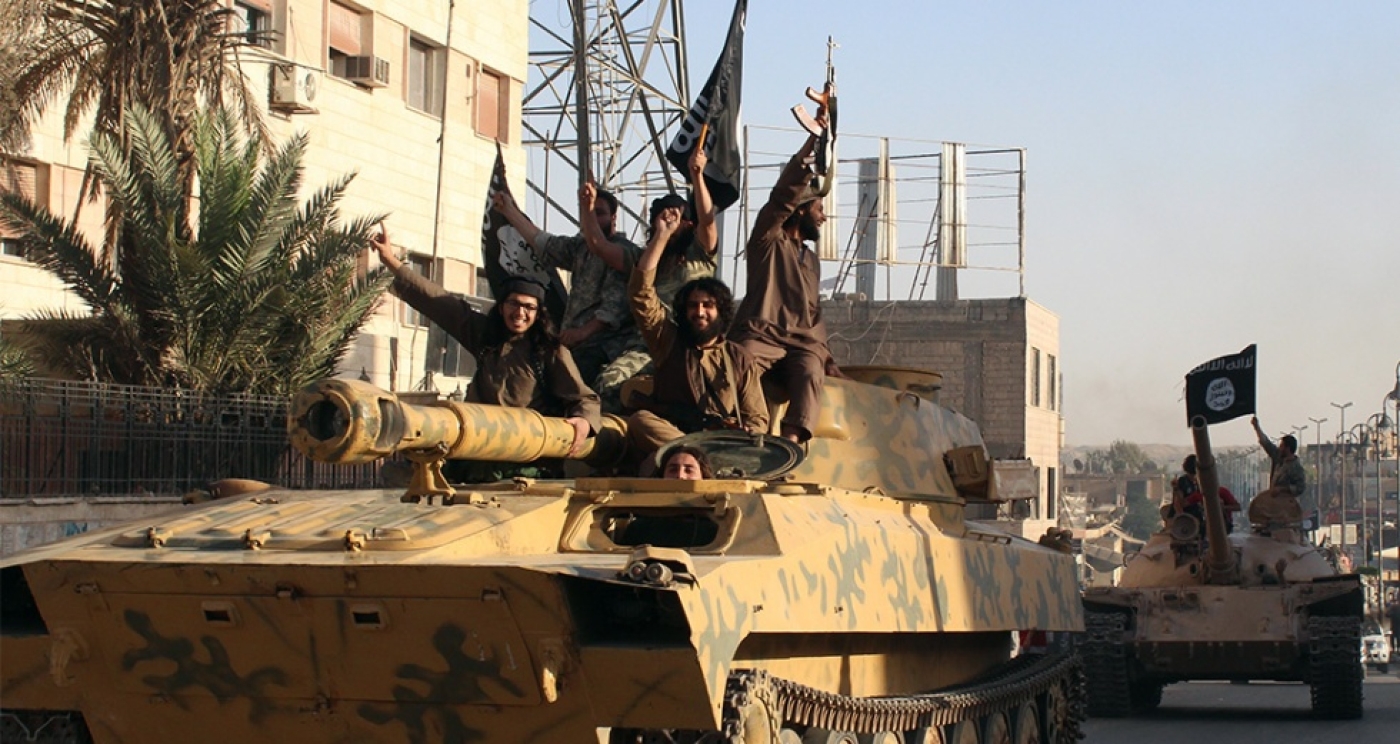 URFA, Turkey: When Syrian government airstrikes pounded the Islamic State (IS) headquarters in the northern province of Raqqa on Sunday, it marked an important new front between arguably the two most powerful players in the country’s murky civil war.

Although there is no proof of direct cooperation between the government and IS, analysts say government forces have until now refrained from direct offensives against the al-Qaeda-inspired Islamic State (IS). Some have described this as a “conspicuous omission”, saying Damascus would instead target the array of rebel groups opposed to Bashar al-Assad's rule.

The fact that the Islamic State has also concentrated efforts on the same rival rebel groups, had furthered speculation over an unofficial truce between Damascus and the IS.

The two-day pounding, which saw some 50 airstrikes pummel the IS headquarters, suggests that if such a truce did exist between the secular government and the extremists - it is now over.

"This definitely shifts the ground, at least to the point where people can say the government is fighting IS rather than the rebels," said Jeff White, defence fellow at the Washington Institute for Near East Policy. "The situation has moved a long way from when the government just left them alone."

Analysts and observers say the uptick in fighting, which began two weeks ago in Raqqa, Homs and Aleppo, has started now because both the government and IS have assessed that that the conditions are right to start implementing long-term plans and refining public relations strategies.

As of Monday, IS was pressing ahead with an assault on the Tabqa airbase, to the northeast of Raqqa and the last government position in the east of the country, prompting some 16 government strikes, according to activist groups. Ahead of the strikes, in late July, IS attacked and temporarily secured the strategically important Shaaer gas field in central Homs province, killing some 250 government soldiers and gas plant employees.

Days later, the Islamists overran the Division 17 military base in Raqqa province, killing some 85 soldiers. With trademark brutality, IS published photographs of decapitated soldiers they said had belonged to Division 17. And just two weeks later, IS fighters seized the nearby Brigade 93 base after days of heavy fighting.

The fact that there had been only minor skirmishes and no major offensive there before this summer has fuelled claims by Assad opponents that the government is deliberately hitting IS to fit a repeated government narrative that it faces an extremist terror threat rather than a popular uprising.

Analysts point to a number of factors in fuelling the intensified hostilities between IS and the Assad government.

IS has been bolstered by an influx of recruits, weapons and cash acquired as they secured large swathes of territory in Iraq. They have successfully overrun other rebel opponents in Syria and now appear to be setting their sights on consolidating territory.

"It was time to shift from an uneasy relationship with the government to help them expand the caliphate and expand their territory."

The IS, which has boosted recruitment, particularly in Iraq, by capitalising on Sunni hostilities towards Shiites and other minorities, may also be seeking to counter criticism it has failed to target the secular, Alawite-dominated government of Basher Assad.

"I think it was also to counter criticism that they are not fighting the Nusairi," said Aymenn Jawad al-Tamimi, a fellow at the Middle East Forum and an expert on extremism, referring to a derogatory term used for Shiites.

"Division 17 is mostly Alawite and Druze…to the extent that I think a lot of the brutality that was displayed there, including the beheadings and public displays, was to show: Look what will do to the Nusairi."

The Syrian government, meanwhile, may now assess that IS has become a challenge that it can no longer afford to ignore.

"IS has emerged as a real threat to their positions. There are only two major government positions left in the east of the country. If these fall the government is effectively going to be out of these provinces," said White.

He said the situation in Aleppo, where IS is taking hold over formerly rebel-held positions, is more complicated.

"In Aleppo where we have still seen tacit cooperation, where there is still an FSA [Free Syrian Army] and rebel presence."

The government may also be trying to capitalise politically on the West's failure to formulate a clear strategy to contain the extremist movement.

In Urfa, leading sheikh Nawaf al-Bashir, head of the powerful Beggara tribe that spans Iraq and Syria, said the government was trying to humiliate the Americans and try to push for cooperation.

"The government was not fighting IS a year and a half ago when they could have finished them," he said. "The government didn't do anything and almost supported them while they were fighting their number one enemy, the FSA," he said.

"They are saying: look, I am the secure government, I am in control and I am the one fighting these terrorists.' This could, they think, humiliate the US after IS took all the US weapons in Iraq to Syria, to Raqqa."

On Monday, Assad's presidential advisor, Bouthaina Shaaban, went on CNN, recommending an international coalition to confront "those takfiri [apostate], horrible criminals slaughtering people from all ethnicities," that are "not only a danger on Syria and Iraq… Christians and Yizidians, but all humanity."

"Syria warned of this two years ago," she said.

Extremism expert Tamimi says, however, that the government had “cynical aims in wanting the whole opposition to be IS.”

"The government already tried to take that message to Geneva [the UN] … that is the long-term strategy; if people think it is a case of either the government or IS, it might convince international powers to cooperate with the government," he said.

Speaking to Middle East Eye ahead of the Mosul offensive, several European diplomatic sources in Beirut agreed that the prospect of any re-engagement with the Syrian government, on anything including counter terrorism, remained far fetched. However, they acknowledged that earlier demands for the government to stand down had diminished.

And while the opening of the new front certainly changes the battle landscape, analysts were sceptical about whether the government could make an outright win in the event it came down to a showdown between the two.

"They don't have the manpower to exert control over the whole country unless the rebels defect en mass to the government side which is not going to happen… in fact now more rebels are defecting to IS. And there are still pockets of resistance around the country," said Tamimi.

"In the same way that the Iraqi forces couldn't take control of the whole country when major swathes of the country fell to ISIS, here is too much ill feeling towards the government."

Speaking to MEE in Turkey after battling IS near Raqqa with the rebel Ahrar al-Sham brigade, Ahmed, who declined to give his surname, said he doubted the new round of fighting between the government and IS was genuine.

He claimed his brigade had seen government helicopters remove officers from Division 17 ahead of the IS assault. While his claims could not be independently verified, they show the deep sense of mistrust between the rebel fighting forces.

"IS is not interested in fighting the government," he said, "only other Sunni fighters in the army," he said.

"I doubt this will spread to other areas." Syria War
Syria rebels caught between IS and government forces