Personal social media accounts with more than 5,000 followers set to be monitored under legislation decried by journalists and rights groups 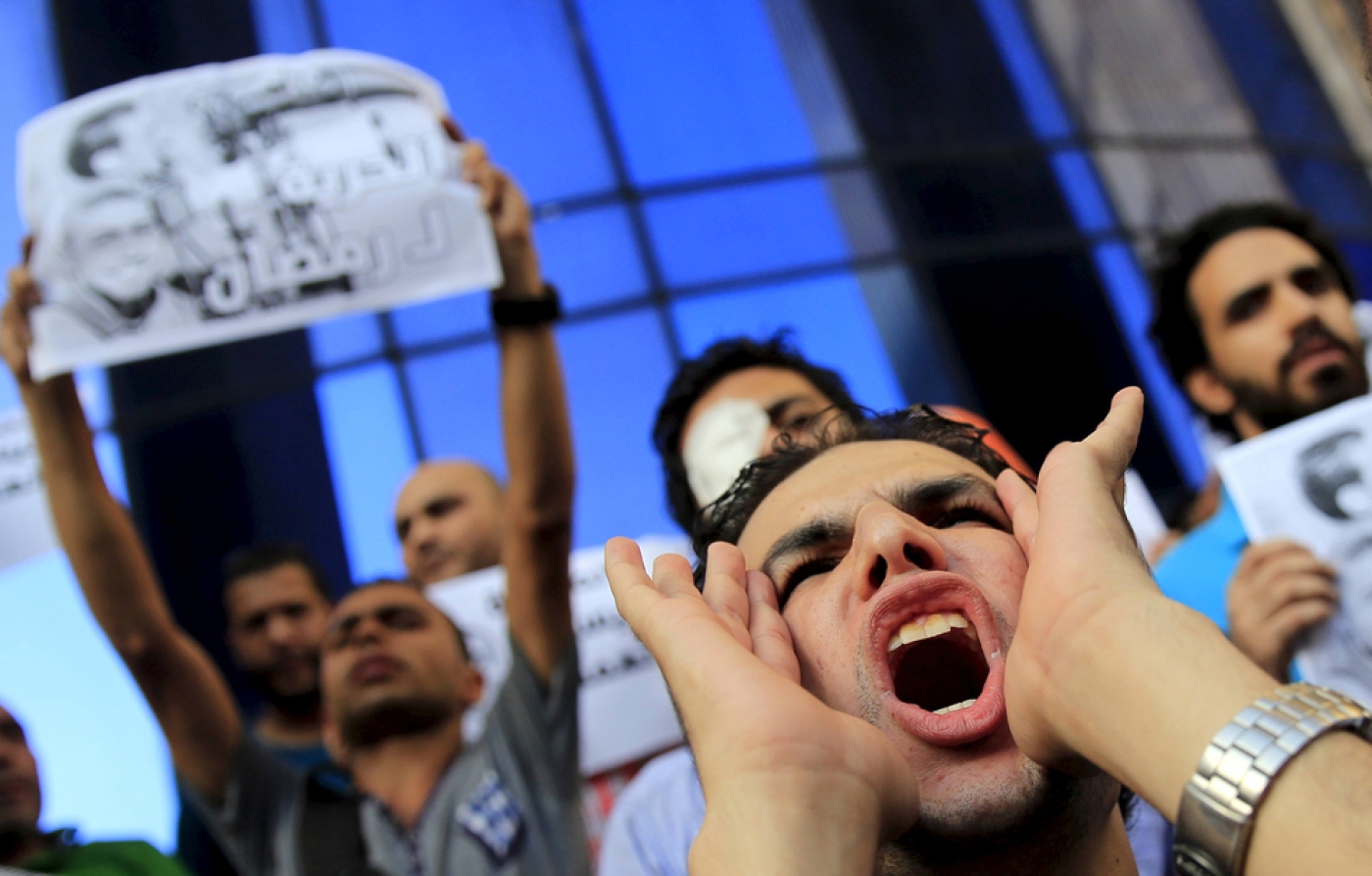 A journalist shouts slogans during a protest in front of the Syndicate of Journalists in Cairo, Egypt August 17, 2015. (Reuters)
By
MEE staff

The laws were approved by a two-thirds majority and sent to President Abdel Fattah el-Sisi for ratification. Under the new laws, the Supreme Council of Media, a president-appointed body, is allowed to supervise media platforms and social media accounts that have more than 5,000 followers, including personal accounts.

"The new press law that was approved yesterday seems to set in stone repressive practices that were already in place in Egypt, effectively legalising new methods of cracking down on the freedom of information," Sophie Anmuth of Reporters Without Borders told Middle East Eye.

Under the new laws journalists will have to ask permission to attend events or even interview people on the street.

"Since this new legislation goes hand in hand with a wave of arrests of journalists that openly target media workers who collaborate with opposition media, it is a clear attempt at ensuring only the official version of current affairs appear in the media," Anmuth said.

The Supreme Council of Media was established by Sisi in 2017 and has been criticised for attempting to silence journalists by referring them to disciplinary investigations.

Half of the members of the board of the Syndicate of Journalists have threatened to resign from their positions in opposition to the law that was passed without taking their comments into account.

A draft law had been submitted to the Syndicate of Journalists and the High State Council for their feedback prior to passing the law.

'It is a sad day. Shame on all those who sold their consciousness and betrayed their profession'

The chairman of the Syndicate of Journalists, Abdelmohsen Salamah, welcomed the laws, saying the parliament has responded positively to the body's comments.

However, six members of the Syndicate have voiced their rejection of the laws, saying the parliament allowed all articles that would restrict rights and freedoms to pass.

They also claimed the laws grant the Supreme Council the power to block permits for media establishments and silence journalists, replacing the current state authorities that are already clamping down on media freedoms.

The six members said in a statement that the laws allow the pre-trial detention of journalists and restricts their work by requiring them to obtain permits prior to attending any conferences or public meetings, a provision which the members said “would make it impossible to practice journalism”.

They called on the rest of the Syndicate board members to attend a general assembly on Tuesday to announce their position on what they called “the death penalty against journalism” and explain to journalists how they can deal with the new law. However, a media source told MEE this event was cancelled. 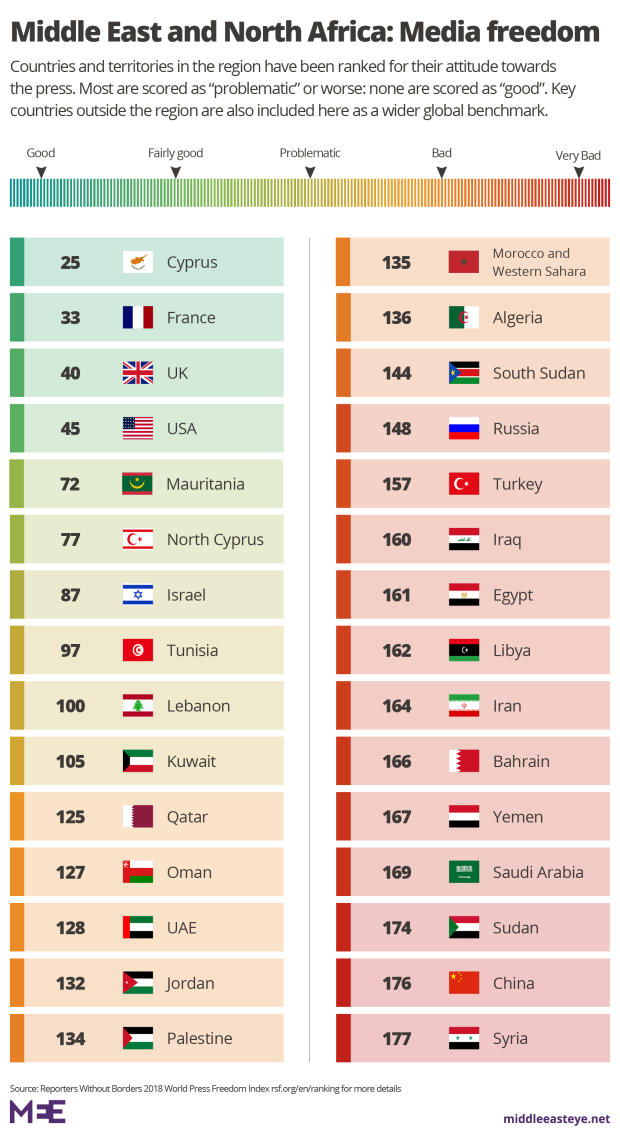 On 12 June, members of the so-called 25-30 parliamentary bloc denounced the draft Law of the Organisation of Press, Media and the Supreme Council of Media, saying its vague language could empower the body to control social media accounts and personal blogs in violation of the constitution.

The parliamentary bloc said in a statement that the law “confiscates the last remaining spaces of freedom of expression, and violated Egypt’s international commitments through its unconstitutional articles and vague wording”.

Journalist and former Syndicate of Journalists chairman Yehia Qalash said in a Facebook post that the laws amount to “an assassination of the journalism profession”.

“It is a sad day. Shame on all those who sold their consciousness and betrayed their profession,” he said. 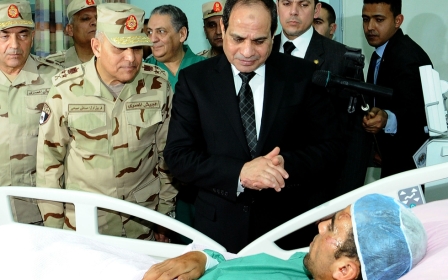 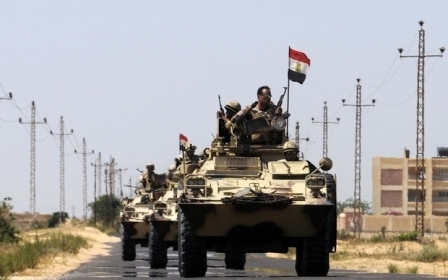 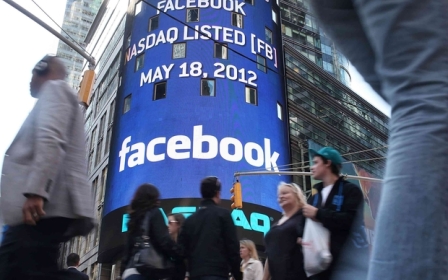