Syrian government negotiator Bashar al Jaafari said on Wednesday his delegation had not discussed a constitutional commission for the war-torn state during the latest round of Syrian peace talks in Astana.

Speaking in the Kazakh capital, Jaafari said the only document the Syrian government delegation had discussed with Russia was related to de-mining cultural heritage sites.

The talks came as a bomb attack on a court building in central Damascus killed dozens, according to state media.

Delegations from Russia, Turkey and Iran issued a joint statement on the latest Syria talks in Astana and scheduled the next meeting in May, Kazakhstan's Deputy Foreign Minister Akylbek Kamaldinov said on Wednesday.

The next round of talks will take place on 3-4 May, Kamaldinov said.

Meanwhile, Russian negotiator Alexander Lavrentiev said some of the Russian, Turkish and Iranian delegates would remain in Astana for meetings with rebels.

A representative from the Free Syrian Army (FSA) said the rebel group will be sending five officers to the peace talks on Wednesday night for consultations at an expert level.

The Syrian opposition had previously said it would skip the talks and accused Moscow of failing to uphold a ceasefire brokered last December.

"Representatives of the southern and northern fronts [of the Syrian armed opposition] are expected to arrive tonight," a spokesman for the Khazakh foreign ministry said.

"They will hold consultations tomorrow with experts from the guarantor countries [Russia, Turkey, Iran] on the observation of the cessation of hostilities agreement."

Russia backs Syrian President Bashar al-Assad in the conflict and has launched a diplomatic peace initiative after its air force helped the Syrian government defeat rebels in Aleppo in December - Assad's biggest victory of the war.

Six years since the start of the uprising against Assad, he is winning on the battlefield but Syria's civil war is far from over, with his once stable country broken into fiefdoms ruled by rebels and warlords. 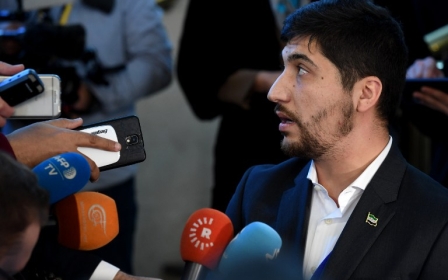