Azerbaijan and Iran have agreed to hold talks to resolve a breakdown in diplomacy between the two countries after Tehran accused Baku of hosting the Israeli military.

Last month, Iran claimed that Baku was hosting Israelis, and vowed to take action. Tehran then staged military exercises near its border with Azerbaijan. Baku has denied hosting the Israelis and criticised the military drills. Azerbaijan's foreign minister, Jeyhun Bayramov, on Wednesday said he had spoken with his Iranian counterpart Hossein Amir-Abdollahian to hold talks.

"The sides noted that recent rhetoric has harmed bilateral relations and that any differences should be settled through dialogue," Azerbaijan's foreign ministry said in a statement.

"Tehran and Baku have enemies and the two governments should not give them the opportunity to disrupt relations," the minister was quoted as saying in Tuesday evening's call.

Israel is a major arms supplier to Azerbaijan, which last year fought a war with Armenia for control over the Nagorno-Karabakh region that borders Iran.

Azerbaijan has been in a diplomatic dispute with Iran over its support for Armenia during the Nagorno-Karabakh conflict.

The war ended with a Russian-brokered ceasefire and saw Armenia cede control of the territory to Azerbaijan.

The dispute was compounded further when Azerbaijan decided to impose a customs duty on Iranian truck drivers going to Armenia via the Nagorno-Karabakh region.

Last month, Brigadier General Kiumars Heydari, commander of the Iranian army's ground forces, told local media that Iran had become more alert about its northwestern borders due to the increasing military collaboration between Israel and Azerbaijan.

"Those who have the illusion that they can provide security [to themselves] by being dependent on others would soon be slapped," Khamenei was quoted as saying without directly mentioning Azerbaijan.

"In any country, a direct or indirect meddling of foreign forces on the pretext of providing security, [helping with] war and peace would have a disastrous outcome." 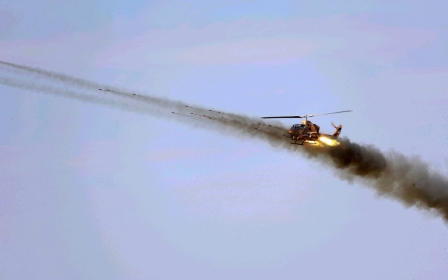 Iran tensions
Iran-Azerbaijan: What is behind the recent tensions? 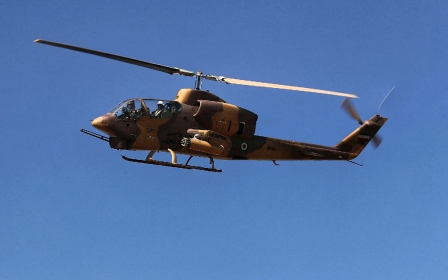