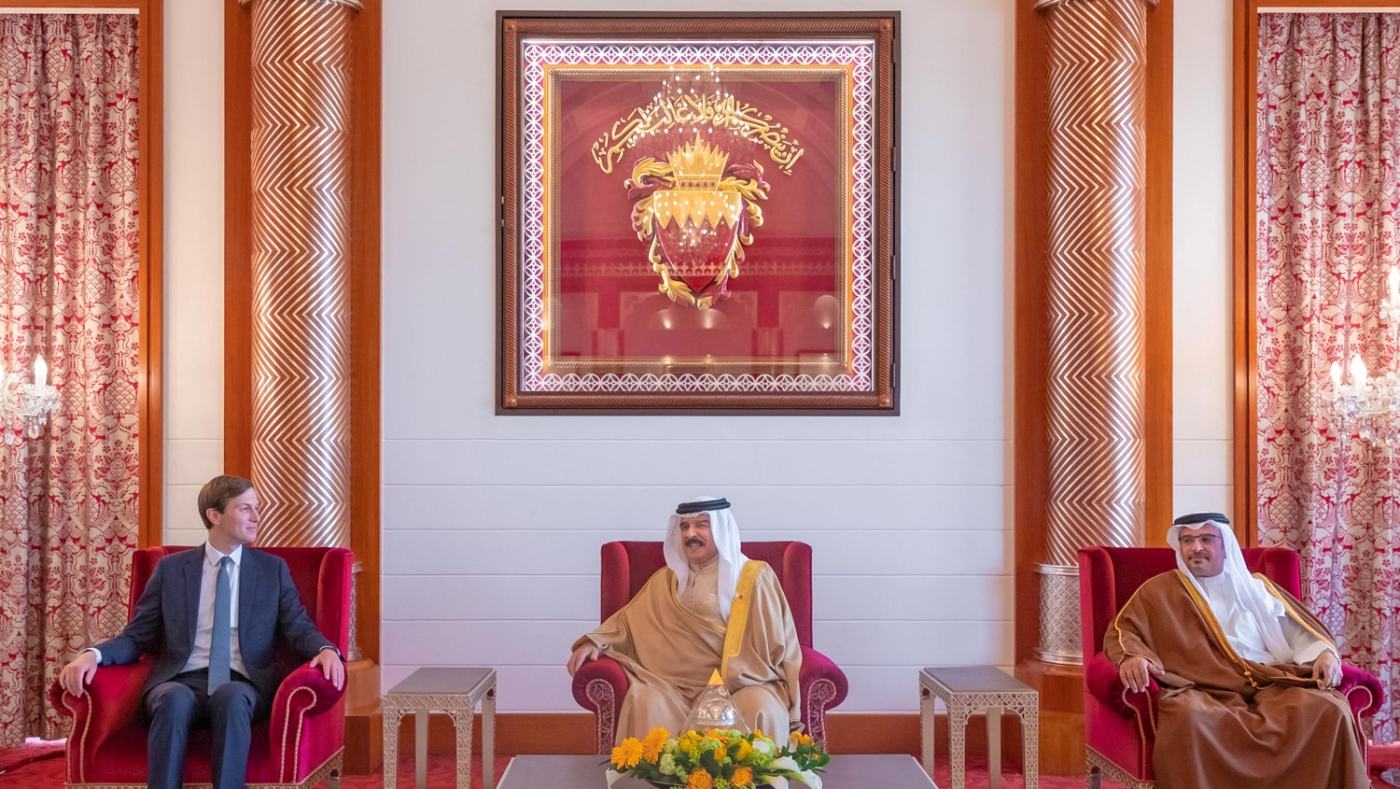 Bahrainis have reacted with despair at their government's move to formalise ties with Israel, quickly turning the hashtag "Bahrainis against normalisation" into the most popular topic on social media.

The US-brokered normalisation deal was celebrated by US President Donald Trump on Friday but has angered many Bahrainis, who have been more vocal than Emiratis were to their own government's recent agreement with Israel.

Former MP Ali al-Aswad called it a "black day in the history of Bahrain".

"You will be reminded by history for your support [of] colonialism and colonisation," he said.

Bahrain's Foreign Minister Abdullatif bin Rashid Al-Zayani said the deal represented a historic step towards achieving peace in the Middle East, but the Palestinian Authority and Hamas both condemned it as "another stab in the back" by an Arab government.

Freedom of expression is strictly controlled in Bahrain but, unlike the UAE, its population has a tense relationship with the country's Sunni minority royal family, whose rule was backed with Saudi military force in the face of protests in 2011.

The opposition al-Wefaq party called the deal "a total betrayal of Islam and Arabism and a departure from the Islamic, Arab and national consensus".

Hanan Ashrawi, a senior member of the Palestine Liberation Organisation, said she was "overwhelmed and heartened" by the support from Bahrainis.

To the incredible, honourable people of Bahrain: we are overwhelmed & heartened by your support & solidarity. We never doubted your genuine commitment to Palestine. We love you. 🇧🇭🇵🇸#بحرينيون_ضد_التطبيع #Bahrainis_against_normalisation.

Palestinians in Gaza rallied against the decision on Saturday, burning pictures of the Bahraini, Emirati and Israeli leaders.

Hamas official Maher al-Holy said: "We have to fight the virus of normalisation and block all its paths before it succeeds, to prevent it from spreading."

Both Iran and Turkey also criticised Bahrain for the deal, calling it a betrayal of the Palestinians.

"The rulers of Bahrain will from now on be partners to the crimes of the Zionist regime as a constant threat to the security of the region and the world of Islam," Iran's foreign ministry said on a statement broadcast by state TV.

"Bahrain's shameful move sacrifices the Palestinian cause and decades of struggle... at the expense of the US election."

Turkey's foreign ministry called the deal "a fresh blow to efforts to defend the Palestinian cause and [which] will further embolden Israel to continue its illegal practices towards Palestine."

Bahrain said in a joint statement it had agreed to formalise the deal at the same ceremony for the UAE's agreement at the White House on Tuesday.

A stronger message was sent by Iran's Revolutionary Guard Corp, who claimed Bahrain would face "harsh revenge" from its own people.

Israel and Bahrain's foreign ministers spoke by phone on Saturday to discuss the new relations, the Bahraini foreign ministry announced.