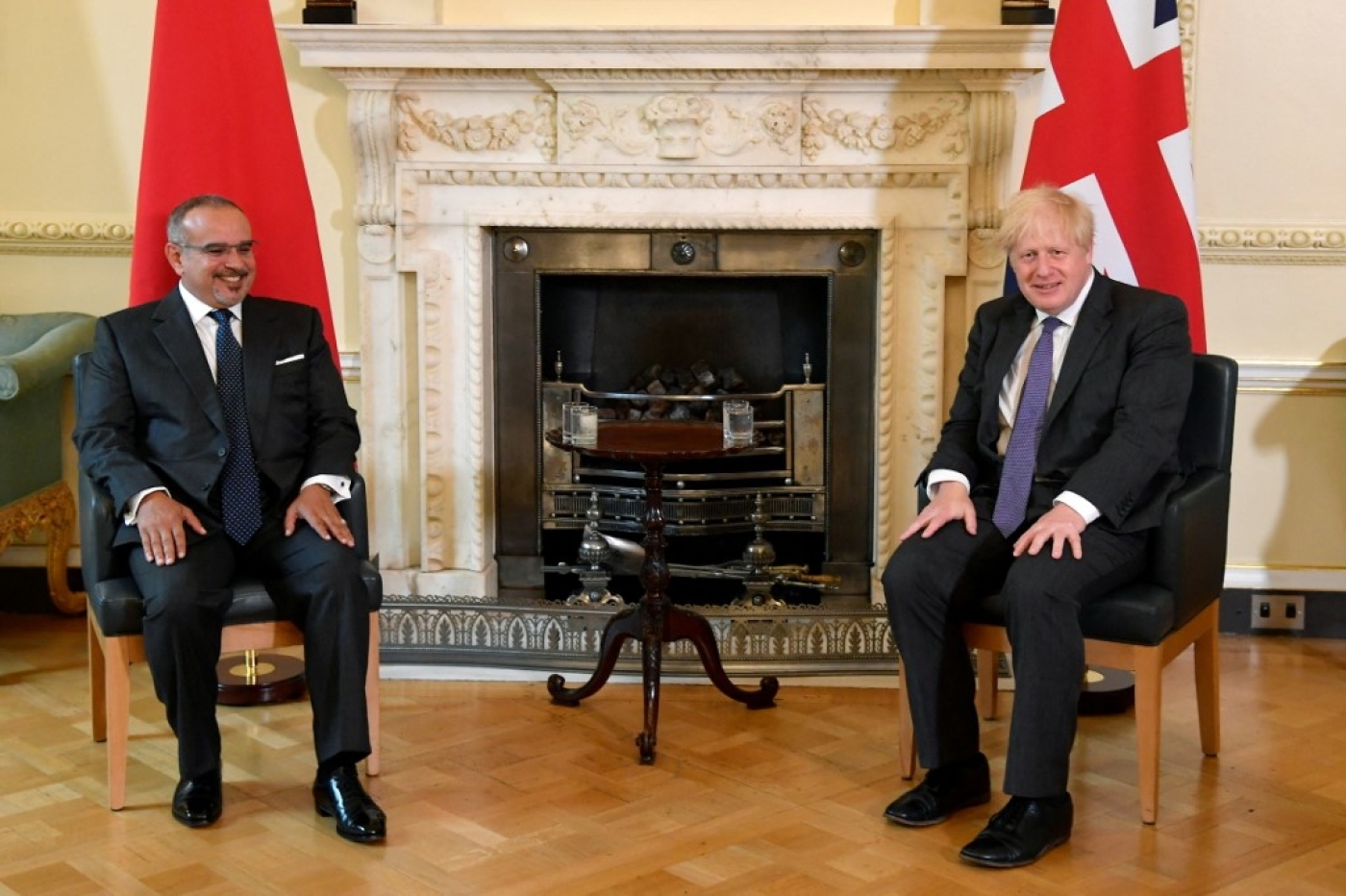 Human rights groups expressed outrage on Thursday over Prime Minister Boris Johnson's meeting with Bahrain's crown prince, who they say heads the Gulf state's "systematic" use of torture against dissidents.

Johnson met with Salman bin Hamad Al Khalifa, who was appointed prime minister in November, at Downing Street for an hour-long meeting where they discussed a range of issues - including trade, security, the economy,  Covid-19 travel corridors, and Iran. 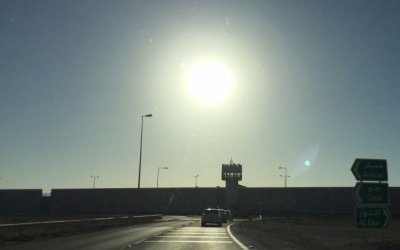 A Downing Street spokesperson said the two leaders also "reflected on the close and historic partnership between the UK and Bahrain".

"The leaders discussed the global effort against Covid-19 and support for international initiatives to combat the pandemic, including Covax. They also spoke about regional security issues and defence collaboration, and the prime minister commended the Bahraini government's steps to normalise relations with Israel," the statement said.

But rights groups slammed the prime minister for failing to make "any mention of human rights" in public statements about the meeting.

Earlier this year, the UN high commissioner for human rights accused Bahrain of being in "violation of international law" over its treatment of prisoners, some of whom are documented to be as young as 13 years old.

In response to Thursday's meeting, the Bahrain Institute for Rights and Democracy (Bird) sent a letter to Johnson and UK foreign secretary Dominic Raab, condemning the failure to raise human rights during his meeting and urging them both "to place human rights at the center of all conversations with the crown prince hereafter and any future relationship between the UK and Bahrain".

Sayed Ahmed Alwadaei, director of Bird, told Middle East Eye that Johnson "should be embarrassed to hold meetings with a regime that holds political prisoners as hostages, tortures children and throws critics in jail and not even have the guts to bring up human rights".

"It is utterly shameful that 10 Downing Street's statement made no mention of the many human rights abuses committed by their Bahraini allies," Alwadaei said.

'I am dismayed ... that the Prime Minister rolled out the red carpet and put trade over torture'

MP Brendan O’Hara and Lord Scriven also sent a letter, this one on behalf of the All-Party Parliamentary Group on Democracy and Human Rights in the Gulf, which expressed deep concern at "the marked deterioration in the state of democracy and human rights in Bahrain".

The letter also cited the "suppression" of Bahrain's pro-democracy movement that was stifled ten years ago despite the UK government spending millions of pounds of public funds to provide technical assistance to the country.

"I am dismayed, but unfortunately not surprised that the prime minister rolled out the red carpet and put trade over torture with his meeting with the crown prince today," Lord Scriven said.

"Even the official press release fails to mention human rights abuses," he continued. "This government has allowed the Bahraini leaders to trample over the rights of their citizens with impunity for years, as they are far more concerned about striking trade deals than promoting democracy and human rights around the world."

Jeed Basyouni, from the human rights organisation Reprieve, criticised the prime minister for not announcing the visit before it took place, suggesting Johnson had attempted to keep the meeting secret.

"The UK government often says how proud it is of its partnership with Bahrain. So why is it slipping the Bahraini crown prince in through the back door without announcing the visit?" Basyouni asked.

"The truth is, British government officials know that the Bahraini authorities systematically use torture and death sentences to suppress dissent, and in spite of this the UK provides generous support to the very bodies implicated in these abuses," Basyouni continued. 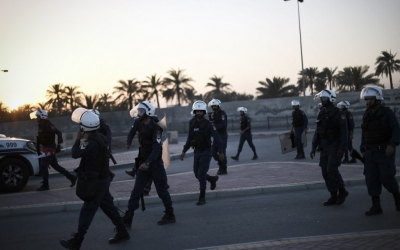 "This support is out of step with British values, and should be withdrawn until the Bahraini government stops using torture confessions to sentence political prisoners to death."

The Campaign Against Arms Trade (CAAT) also underlined the UK's sale of weapons to Bahrain. Since the 2011 uprising, the UK has licensed $167m worth of arms to Bahrain, including $68.2m worth of aircraft equipment and almost $55.6m worth of small arms and ammunition.

"The Bahraini regime has a long and shameful history of atrocities and abuses. The images of Boris Johnson welcoming one of its most senior members into Downing Street is sickening.

"It will be regarded as a clear and unambiguous sign of support by the dictatorship, while undermining the work of human rights defenders," said Andrew Smith, spokesperson for CAAT.

"Pro-democracy campaigners have endured many years of abuse at the hands of the Bahraini authorities. Regardless of the torture and violence that has been inflicted, Johnson and his predecessors have provided an uncritical political and military support for the Bahraini royal family.

"Cozy meetings and photo-shoots on the steps of Downing Street are a key part of that support." 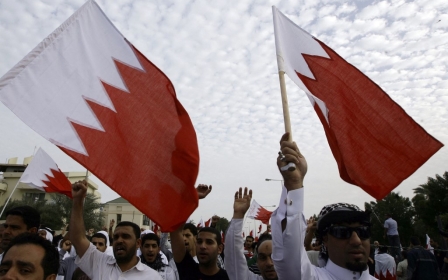