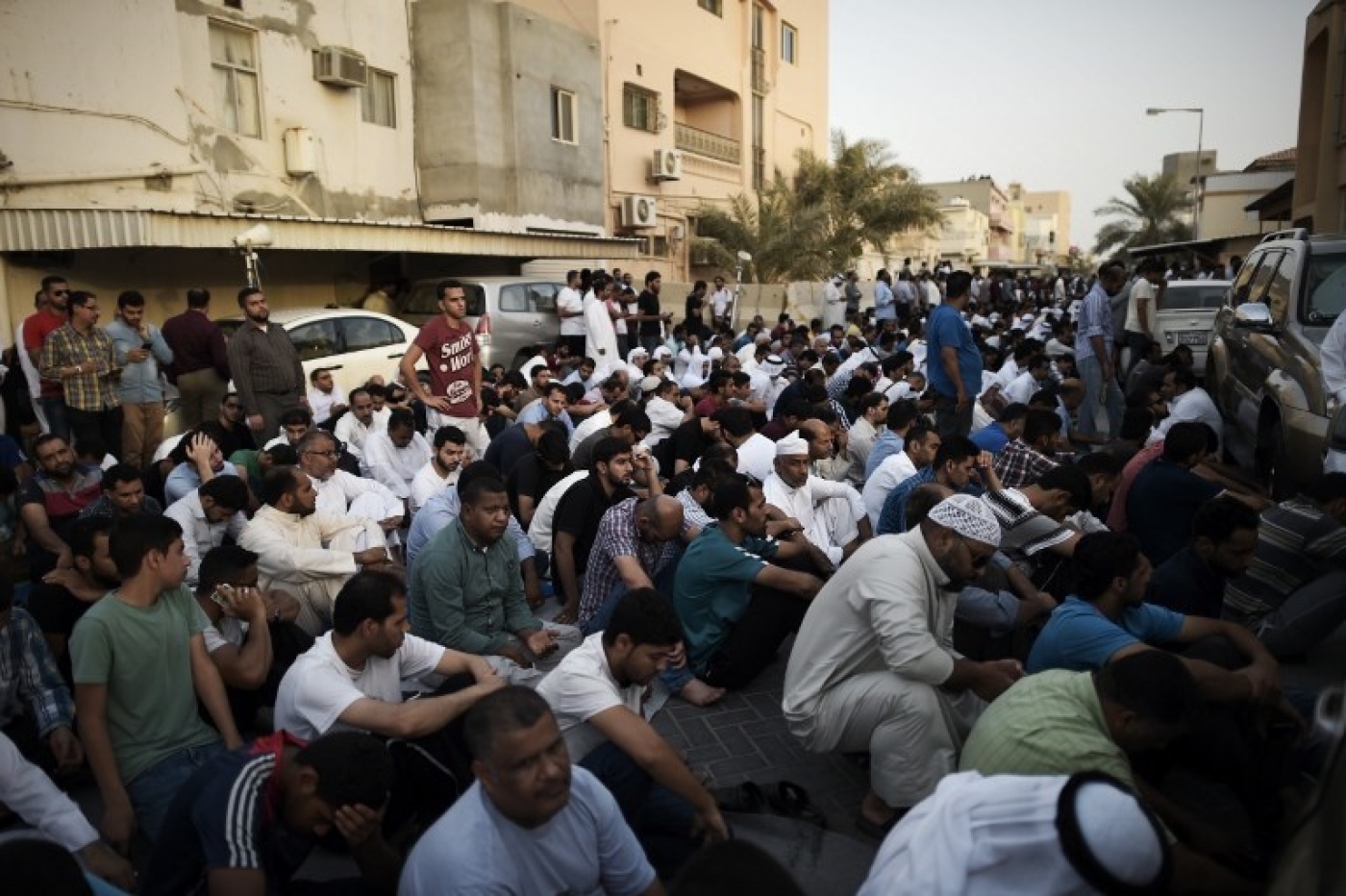 Bahraini demonstrators attend a protest on 20 June 2016 in the village of Diraz, west of Manama (AFP)
By
MEE and agencies

The three Shia faced the firing squad, six days after a court upheld their death sentences over a bomb attack in March 2014, the prosecutor's office said.

Bahrain, which has been ruled by the al-Khalifa dynasty for more than two centuries, has a majority Shia population which has long complained of marginalisation.

It has been rocked by sporadic unrest since March 2011 when security forces brutally crushed an Arab Spring-inspired uprising.

The executions triggered protests in Shia villages, where demonstrators blocked roads with burning tyres and police retaliated by firing tear gas, according to posts on social media.

Pictures shared online by activists also showed relatives of those executed weeping over their deaths.

Authorities in Bahrain do not permit international news agencies to cover events independently.

The executions came a day after demonstrations broke out across Shia villages following rumours they were going to be put to death.

They are the first in six years in the Gulf kingdom, according to London-based human rights group, Reprieve.

"It is nothing short of an outrage  - and a disgraceful breach of international law - that Bahrain has gone ahead with these executions," Reprieve director Maya Foa said in a statement.

Reprieve said the executions went ahead "despite serious concerns that their convictions were based on evidence obtained under torture".

Sayed Ahmed Alwadaei, head of advocacy at the Bahrain Institute for Rights and Democracy, said: "This is a black day in Bahrain's history."

"It is the most heinous crime committed by the government of Bahrain and a shame upon its rulers," he said.

Scores of men and women had taken to the streets on Saturday after the families of the three were summoned to meet them in prison, a measure that usually precedes the implementation of death sentences, witnesses said.

"No, no to execution," the protesters chanted.

Later on Saturday, a policeman was wounded when his patrol came under fire in the Shia village of Bani Jamra, said the interior ministry.

The outlawed al-Ashtar Brigades claimed responsibility for the attack in a purported statement, saying the "heroic operation" was a warning to authorities not to harm "brothers sentences to death".

Authorities have said that the trio and fellow defendants belonged to the same clandestine group which has claimed several bomb attacks in Bahrain.

The high court on Monday upheld the death sentences against the trio convicted in a bomb attack in March 2014, which killed three policemen, including the officer from the United Arab Emirates.

The executed men have been named by activists as Sami Mushaima, 42, Ali al-Singace, 21, and Abbas al-Samea, 27.

The Emirati officer was part of a Saudi-led Gulf force which rolled into Bahrain in March 2011 to help put down a month of Shia-led protests.

Bahrain is a strategic ally of the United States and home to the US Navy's Fifth Fleet.

Lebanon's Hezbollah slammed the executions of the "innocent" men as "part of the big crime committed by the regime against the Bahraini people".

"It is clear that this execution will destroy every chance for a political exit out of Bahrain's crisis, and leads the country into an unknown future, threatening stability in Bahrain and the whole region," said the Iranian-backed Shia movement.

Brian Dooley, director of Human Rights Defenders at the Washington-based Human Rights First, on Saturday urged the United States to use its influence.

"Washington should warn its Gulf ally that this would be a reckless, frightening level of repression to pursue, likely to spark rage and further violence in an already volatile region," he said in a statement.

Since the 2011 uprising, Bahrain has arrested and put on trial hundreds of Shia and cracked down hard on the opposition, despite repeated appeals by international rights groups.

Cleric Ali Salman, the head of Al-Wefaq, the largest opposition group, was arrested in December 2014 and subsequently sentenced to nine years in prison after being convicted of inciting hatred. 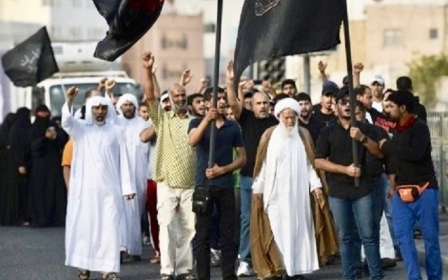