Organisations send letter to US and other western countries urging them to highlight case of Abduljalil al-Singace, who is on his 194th day of hunger strike

Dozens of human rights groups have called on the US and other western governments to advocate for the release of prominent Bahraini opposition figure Abduljalil al-Singace, who has been on a hunger strike in prison for nearly 200 days.

The letter, seen by Middle East Eye, was sent on Monday to the US State Department and called on the administration to raise concerns with Bahraini officials of Singace's "inadequate medical treatment", as well as concerns over the confiscation of his research.

- Husain Abdulla, Americans for Democracy and Human Rights in Bahrain

"The United States has claimed to be centring human rights in its foreign policy but they have yet to call for the release of Dr AlSingace," said Husain Abdulla, a Bahraini exile who founded Americans for Democracy and Human Rights in Bahrain (ADHRB).

"This is a test case on how the US reacts to their closest allies when they infringe upon human rights. We will be judging these commitments through actions and not words."

The letter was sent by ADHRB, the Bahrain Institute for Rights and Democracy (Bird), Amnesty International, the Committee to Protect Journalists, and 23 other groups.

Singace, an academic and blogger, is currently on his 194th day of a hunger strike in a Bahraini prison, demanding that research he handwrote over four years be returned to his family, after it was confiscated last April by prison authorities in the Gulf kingdom.

He reportedly suffers from chronic medical conditions, including post-polio syndrome, and requires crutches or a wheelchair to move.

A State Department spokesperson told MEE that it was aware of Singace's situation and has "repeatedly raised the case with the government of Bahrain".

"We regularly raise human rights issues with the government of Bahrain, including concerns over the treatment of prisoners and detainees, fair trial guarantees, and the need for transparency and accountability in legal proceedings," the spokesperson told MEE.

Since the 2011 Arab Spring uprisings, which saw thousands of pro-democracy demonstrators take to the streets of the Gulf nation, the Sunni monarchy has launched a comprehensive crackdown on opposition groups and human rights activists.

During this time, Singace was among 13 anti-government protesters who were arrested and convicted on charges that included "setting up terror groups to topple the regime".

The academic and blogger was sentenced to life imprisonment in 2011 and has been in prison since.

According to the letter, Singace was for two months subjected to nightly beatings while in solitary confinement. He has also been denied adequate medical treatment, the rights groups said. 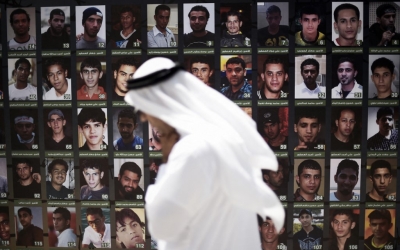 In addition to rights organisations, a number of prominent US lawmakers have also called on the Biden administration to raise its voice about the case of Singace, and to further consider using the Global Magnitsky Act or other sanctions against members of the Bahraini government "responsible for serious human rights violations".

In a resolution passed last year, the European parliament also called for the unconditional release of the prominent Bahraini opposition figure, as well as other Bahraini activists who have been imprisoned by Manama.

"It has been more than six months of persistent demands to the Bahraini government to return Dr AlSingace’s research to his family," Sayed Ahmed Alwadaei, Bird's director, said in a statement.

"These calls have been met with deaf ears and it is now high time that leaders in democratic states, in particular Bahrain’s closest allies, the UK and US, put pressure on Bahrain’s highest authorities to alleviate Dr AlSingace’s suffering and to prevent irreversible damage that may threaten his life."

The Gulf kingdom rejects allegations of human rights violations and denies discriminating against its Shia citizens, but last year the UN high commissioner for human rights accused Bahrain of being in "violation of international law" over its treatment of prisoners, some of whom are documented to be as young as 13 years old. 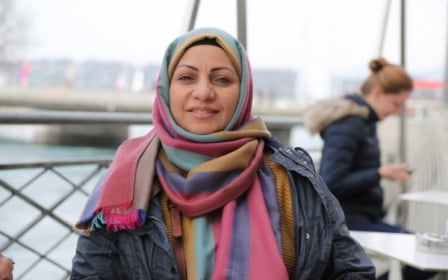 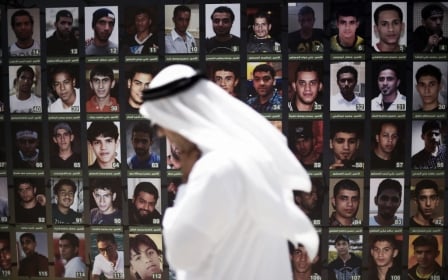 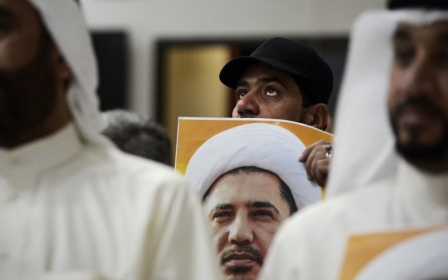