A Bahraini human rights group has lodged a complaint with the Organisation for Economic Cooperation and Development (OECD) against FIFA over the candidacy of Sheikh Salman al-Khalifa for the football organisation's presidency.

In the complaint filed on Thursday, Americans for Democracy and Human Rights in Bahrain (ADHRDB) alleges that Sheikh Salman committed numerous human rights abuses in his capacity as president of the Bahrain Football Association.

His alleged abuses, the group argues, violated OECD’s Guidelines for Multinational Enterprises and make him ineligible to lead the world's top football association.

“All the evidence suggests that Sheikh Salman was involved in the government crackdown on free expression and human rights,” said Husain Abdulla, Executive Director of ADHRB.

“This raises serious concerns about his ability to protect the athletes that would be under his care as president of FIFA.”

Should the complaint be successful, FIFA would be forced to launch an investigation into the claims potentially leading to a delay of the presidential elections and Salman's disqualification.

Sheikh Salman has previously denied accusations made against him as “entirely false” and has accused those bringing the complaints against him as having an "agenda".

“Such accusations are not just damaging, it’s really hurting," he told BBC Sport in October. "Some people have agenda on their table. It’s not just damaging me, it’s damaging the people and the country. These are false, nasty lies that have been repeated again and again in the past and the present.”

Since the beginning of anti-government protests in the tiny island Kingdom in 2011, the ruling Khalifa family has been criticised for its alleged involvement in the violent suppression, arrest and torture of numerous demonstrators.

In particular, Sheikh Salman has been accused of persecuting and arresting footballers who took part in the pro-democracy protests. In 2011, according to an Associated Press report, he chaired a special committee that led to the jailing of more than 150 athletes, coaches and referees.

The committee was tasked with investigating "members of the sports associations and local clubs" to ascertain whether measures would need to be taken against those who "offended the country, and its wise leadership," the state-run Bahrain News Agency reported.

Salman was reportedly appointed chair of the committee by Prince Nasser bin Hamad Al Khalifa, whose diplomatic immunity was quashed in the UK High Court last October over allegations that he participated in torture.

Following the resignation of former FIFA President Sepp Blatter last June over numerous scandals and arrests for corruption, some human rights groups have noted the irony in the organisation securing a potentially even more controversial candidate.

“If a member of Bahrain’s royal family is the cleanest pair of hands that FIFA can find, then the organisation would appear to have the shallowest and least ethical pool of talent in world sport,” Nicholas McGeehan, the Gulf researcher at Human Rights Watch, said in a recent statement.

Sayed Alwadei, Director of Advocacy at the Bahrain Institute for Rights and Democracy (BIRD), welcomed the move by ADHRB calling the claim "credible, legitimate" and said that the OECD "should act on it urgently".

"This is an important legal venue - the Swiss contact point should look into this and hold FIFA responsible," he told Middle East Eye.

The complaint against Salman comes as numerous activists commemorated the 5th anniversary of the 2011 uprisings, which have so left more than 100 people dead. Protests have taken place and further are set to take place at various Bahrain embassies around the world, with anger mounting at the apparent disinterest by the international community in addressing the human rights situation in the country.

Although both Sunni, Shia and secular activists took part in the demonstrations, the religious make-up of Bahrain - which is majority Shia - has led many to identify a sectarian dimension in the conflict, with the government frequently accusing the protesters of being funded by Iran.

In 2011, six Shia football clubs were fined $20,000 each and suspended from the domestic league.

ADHRB has previously made requests for FIFA to investigate Sheikh Salman’s activities as recently as November 2015, but claim their requests have been ignored.

“I have been asked whether Sheikh Salman’s public denials answer the concerns," Husain Abdulla said.

"They do not. They are contradicted by the evidence we have provided to the government and FIFA today. I hope now that the Swiss government will act quickly in expediting the complaint.” 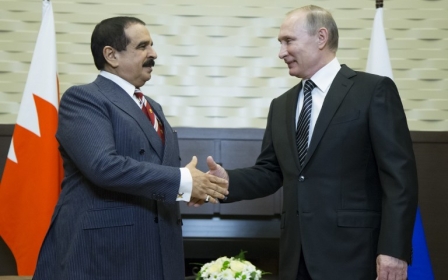 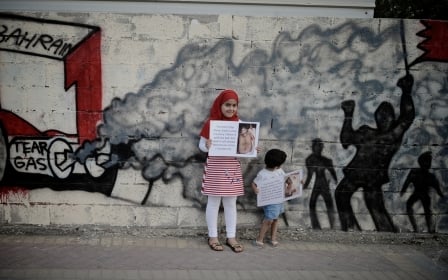 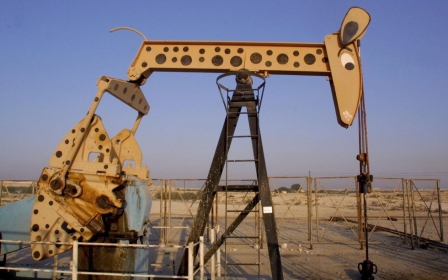