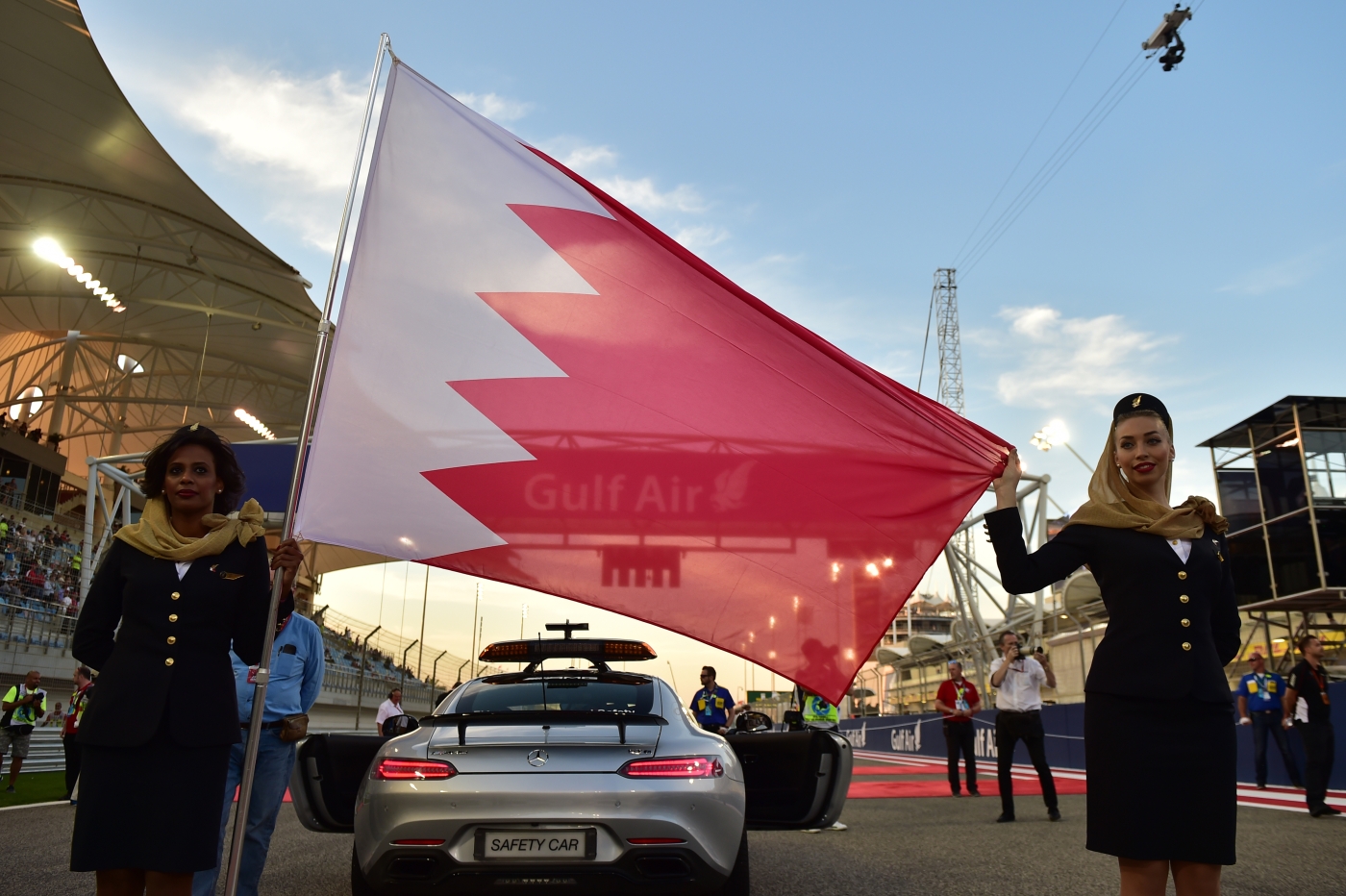 Women pose with the Bahrain national flag ahead of the Bahrain Formula One Grand Prix at the Sakhir circuit in Manama, April 2016 (AFP)
By
Mustafa Abu Sneineh

The Bahraini government passed a secret message to Israel's prime minister Benjamin Netanyahu two years ago informing him that the Gulf kingdom wanted to establish "warm ties" between the two countries, Israel's Channel 13 has reported.

Khalid asked Livni to deliver a message to Netanyahu telling him that Bahrain's King Hamad bin Isa Al Khalifa had decided to "move forward with normalising ties with Israel", the report said.

Livni informed Netanyahu of the Bahraini message but refused to give details of the meeting.

Livni said: "Bahrain is a unique state. In the Jewish context, they had a Jewish ambassador in Washington. They are very polite, and they are moderate in religion and towards Israel."

Ties between Bahrain and Israel have been going "under the table" for 25 years, Channel 13 said.

In 2009, these ties took a dramatic shift, when Bahraini Crown Prince Salman published an op-ed in the Washington Post saying that "the Arab world had not done enough to establish contact with Israel".

The kingdom sent a representative to Peres's funeral in 2016, and Bahrain's foreign minister last year welcomed Australia's announcement that it would move its embassy in Israel to West Jerusalem, saying the move "does not harm legitimate Palestinian demands".

He also tweeted his condolences of Peres, describing him as the "man of the still elusive peace".

Translation: Unresponsible talk. Australia's stance does not harm the legitimate Palestinian demands, and first of all East Jerusalem as Palestine's capital, and does not differ from the Arab peace initiative and the Arab League knows that.

The Mossad, Israel's national intelligence, has played the role of foreign ministry in dealing with officials of countries that do not have a peace treaty with Israel, the Channel 13's report said.

"The Mossad is being used as a foreign ministry in ties with all the states that do not have diplomatic ties with Israel," an Israeli official said in the report.

Yossi Cohen, the head of the Mossad, was responsible for organising the visit of Netanyahu to Oman and the clandestine meeting with Sultan Qaboos, Middle East Eye reported in October.

MEE also reported that Cohen had met Saudi, Emirati and Egyptian senior intelligence officials in a Gulf capital to talk about Syria's future under Bashar al-Assad, and the military threat Turkey poses in Syria.

An incognito Israeli diplomat working inside the foreign ministry played a crucial role in establishing ties with officials in the Arab peninsula, and was the architecture of the Hamad-Livni meeting in Munich, Channel 13 said.

"He was our delegate and was touring quietly and made good personal relations [with officials]. He was our address and Israel's long arm in these states," Livni said in the report. The Gulf states of Saudi Arabia, the UAE, Oman and Bahrain are becoming more open about their relations with Israel at an official level.

News about secrets visits of officials and businesspeople from states in the Arab peninsula to Israel are becoming more regular.

The Israeli media is the primary source of stories about these visits, which mostly are not confirmed by the Arab countries involved.

But some visits have been made openly, such as Israeli Minister of Sport and Culture Miri Regev's trip to the UAE in October to attend a judo tournament, in which an Israeli competitor was allowed to compete under Israel's flag and sing its anthem for the first time in the country.