The High Court in London ruled on Tuesday that Bahraini Prince Nasser bin Hamad al-Khalifa does not have immunity against arrest and prosecution in the UK over allegations he tortured detained leaders of a pro-democracy movement in Bahrain.

The ruling reversed a previous decision by the court in 2012 that said the prince did have immunity from prosecution. That decision came about after Nasser visited the UK to represent Bahrain at the London Olympic Games, which prompted law firm Deighton Pierce Glynn (DPG), acting on behalf of a Bahraini refugee in the UK, to submit a dossier of evidence alleging the prince’s involvement in torture.

Analysts have said Tuesday's decision should intimidate current and former state officials of any country who have been responsible for torture or crimes against humanity: if they now make a private visit to the UK, the analysts say, they could be arrested and prosecuted.

Prince Nasser is the son of Bahrain’s king and is a regular visitor to the UK – he attended Sandhurst military academy and is said to have met heir to the British throne Prince Charles.

He is a successful horse-rider and chair of Bahrain’s Olympic committee, a role which led to him representing his country at the opening ceremony of the London 2012 Olympics.

It was at this time that a Bahraini refugee in the UK instructed the DPG law firm to begin legal proceedings, after the government had rejected a plea from the European Centre for Constitutional and Human Rights (ECCHR) and the Bahrain Centre for Human Rights (BCHR) to withdraw his visitor visa.

The refugee, referred to in court documents as FF and given anonymity to avoid potential reprisals, alleges that he was tortured in Bahrain, although not by Prince Nasser, who is separately accused of “flogging, beating and kicking” two pro-democracy protest leaders at Manama Fort prison clinic al-Qala’a in 2011.

Mass pro-democracy protests erupted in Bahrain on 14 February 2011, which prompted a widespread crackdown by the authorities leading to the deaths of several protesters. Protests have continued and activists say more than 100 demonstrators have now been killed in clashes with authorities.

The case brought by DPG in 2012 was rejected by the Crown Prosecution Service on grounds the prince had immunity from prosecution.

On Tuesday, the CPS said in a statement that they could “no longer maintain our position that the prince could have immunity, in line with recent case law on this issue".

Earlier this year, Bahraini authorities informed the High Court in London that they would not be taking part in the legal proceedings and have “categorically denied” any involvement in torture by Prince Nasser.

On Tuesday, a Bahrain government spokesperson told the BBC that the ruling was “an ill-targeted, politically motivated and opportunistic attempt to misuse the British legal system".

Bahraini refugee FF said the decision should encourage the UK to reconsider its close relationship with the Bahraini monarchy.

“Now the prince has lost his immunity, he will need to consider the risk of investigation, arrest and prosecution when he is travelling outside Bahrain,” FF said in a statement released on Tuesday. “It is time for the British government to review its policy of cooperation and support for this regime.”

The director of Washington-based lobby Americans for Democracy and Human Rights in Bahrain praised the ruling and said more cases will now be brought against Bahraini officials.

“For too long, there has been a culture of impunity at the highest level of government in Bahrain,” said Hussain Abdulla. “This case against Nasser bin Hamad al-Khalifa is just the beginning. The human rights community in Bahrain and around the world has been waiting a very long time for this day.”

Andreas Schuller of the ECCHR said the decision could have far reaching consequences for any public official involved in torture or crimes against humanity, regardless of where they take place.

“It’s a very important decision,” he said. “It shows the CPS now cannot make a claim of immunity based on customary international law.”

Schuller said a legal hurdle had been removed to prosecutions but the British government can still grant diplomatic immunity to state officials.

“There are other forms of immunity that have to be dealt with [to bring a case to court], such as diplomatic immunity for those posted to embassies and those on special mission who come for meetings with the government. But if someone like Prince Nasser goes to the UK for a private purpose then it is now much harder to claim immunity,” he said.

Special mission status, which functions as diplomatic immunity, has been granted to protect officials against arrest and prosecution for contravening international law.

Israel’s Justice Minister Tzipi Livni was given temporary immunity in May this year to meet with Foreign Office ministers in the UK. The decision came after London-based law firm Hickman and Rose made attempts to secure an arrest warrant for her arrest, acting on behalf of a relative of a Palestinian killed during Israel’s 2008 assault on the Gaza Strip.

Schuller said the issue is now primarily a political one and accused governments of misusing their ability to grant immunity: "there’s political and diplomatic abuse of the immunity to try and ward off investigations when it comes to more politically sensitive cases.”

He said the ECCHR raised a similar case against Prince Nasser in France this August and that the French Ministry of Foreign Affairs had given two differing opinions of the status of the prince’s visit: one said it was a private visit and the other said he had been granted special mission immunity.

A state who is a signatory to the UN Convention against Torture that use their ability to grant immunity in order to protect officials from prosecution will be breaking their international obligations, according to Schuller.

“The UK and 160 other countries have signed the UN Convention against Torture, which includes an obligation to investigate and prosecute torture suspects if they are coming to your country. If you grant someone special mission immunity, it means that you violate the convention – this will raise the pressure on governments who could be sued if they fail to investigate, or at least arrest and extradite, torture suspects,” Schuller said.

The ECCHR is “tracking the movements” of those they believe responsible for torture and Schuller said “once they get to a place where there is strong jurisdiction they make sure to be ready and submit a case to the relevant authorities.”

“This should put the frighteners on anyone out there who is responsible for torture or crimes against humanity.”

The threat of arrest and prosecution has caused state officials from across the Middle East and North Africa to think carefully about visiting the UK.

In May the Egyptian Ministry for Industry and Trade Mounir Fakhry Abdel Nour cancelled a visit to the UK at the last moment, reportedly out of fear that he might be arrested.

A month later MEE revealed that the ousted Muslim Brotherhood has launched an international campaign to hold Egyptian officials to account for mass arrests, killing and torture of detainees, and show trials carried out since last year’s military coup.

Former Director of Public Prosecutions in the UK Lord Macdonald is heading up the Brotherhood’s legal team and he told MEE they are pressuring British authorities to hold Egyptian officials to account, should they visit the UK.

Leading lawyer Tayab Ali, partner at ITN Solicitors in London, told MEE Tuesday's court decision will make it easier for courts to uphold justice in the UK against state officials who visit the country.

"The ruling has hugely strengthened other cases making their way through British - and other - Courts which intend to bring to justice those responsible for international criminal acts. There is no longer any doubt that those responsible for crimes in countries such as Egypt, Israel and UAE will be brought to justice. These military and political figures will no longer be protected by the sham shield of immunity," he said. 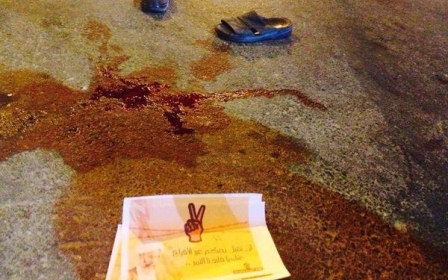 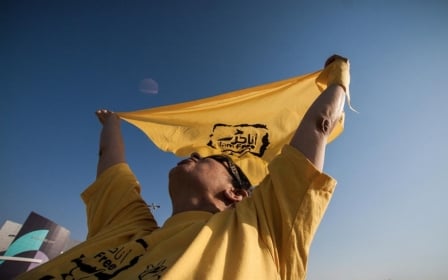