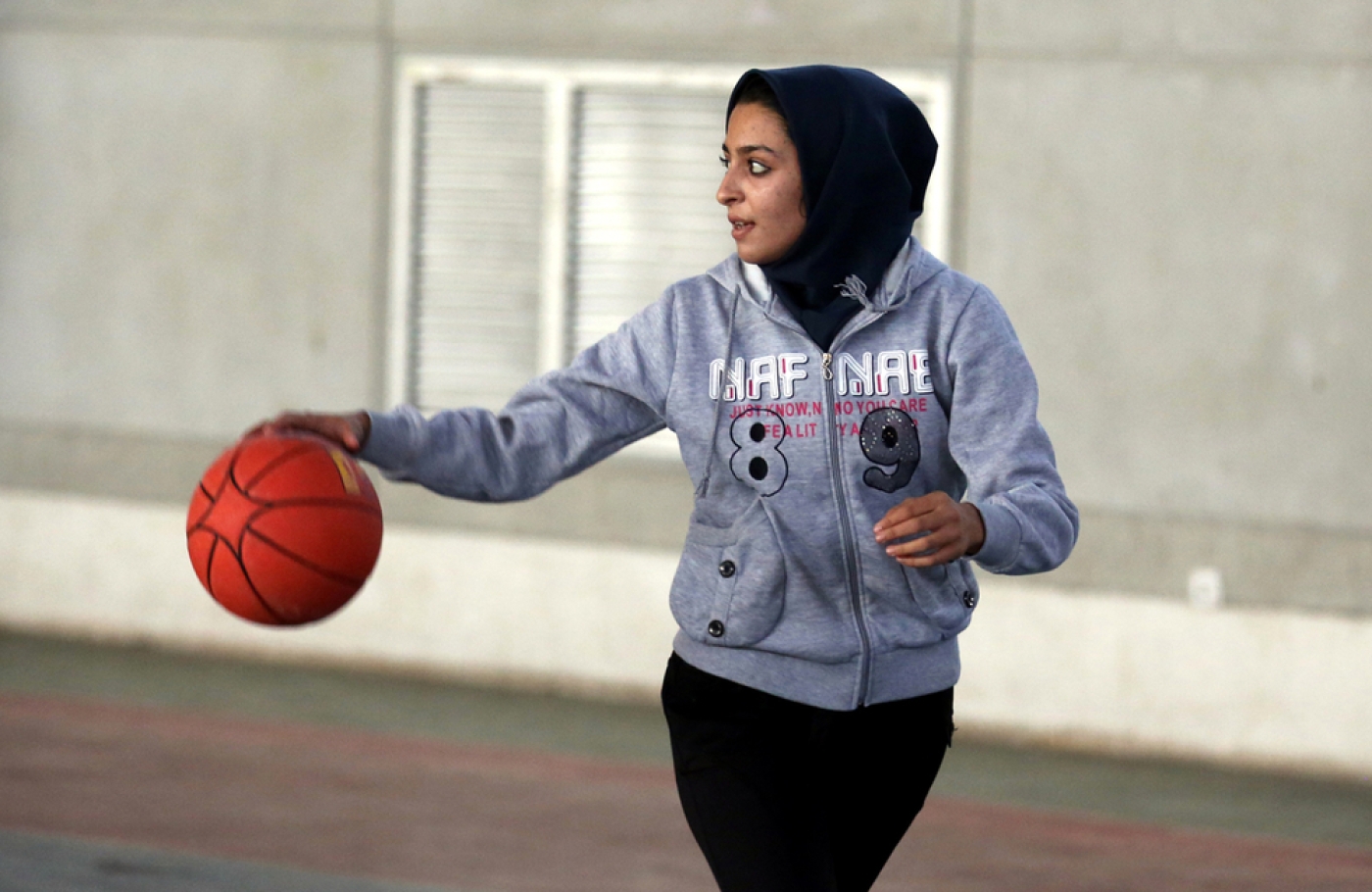 A Muslim-American high school athlete who was barred from playing basketball because she wears a headscarf has reignited calls for the sport’s international governing body to lift longstanding restrictions on players’ religious headgear.

Je’nan Hayes, a high school junior, was benched during a basketball game on 3 March after a referee informed her coach that she needed to provide “documented evidence” that she covers her hair for religious purposes, The Washington Post reported.

This was the first time Hayes, who had played in the first 24 games of the season and wears a hijab due to her Muslim faith, was subjected to the rule, the newspaper reported.

“I felt discriminated against and I didn’t feel good at all,” Hayes told the Post.

“If it was some reason like my shirt wasn’t the right colour or whatever, then I’d be like, ‘okay.’ But because of my religion it took it to a whole different level, and I just felt that it was not right at all.”

The Council of American Islamic Relations (CAIR) has taken up Hayes’ case, and offered to provide diversity training for all high school sports referees across the State of Maryland.

#CAIR: Maryland high school student banned from basketball game due to her hijab

But the Council on... https://t.co/EheIQPbJVN

It is also pushing the Maryland public high school athletics association to amend its policy to allow all athletes to compete, irrespective of their religious background or the headgear they wear for religious reasons.

Chaudry told Middle East Eye that this isn’t the first time a female athlete wearing a hijab was barred from playing basketball in Maryland.

She said “an antiquated rule” in the state handbook requires the exception letter for players to be able to compete in high school sports with religious headgear.

But the rule has not been uniformly enforced, as different subcontractors hire referees in separate counties across the state. Hayes and her family were not aware the restriction existed.

“Many of these athletes are incredibly talented, they have this incredible potential, and to be told that you cannot fulfil that potential because of your religious beliefs is I think antithetical to everything that sports stands for,” Chaudry said.

For years, the International Basketball Federation (FIBA), basketball’s governing body, has banned players from wearing religious headgear due to safety regulations, and concerns that headgear may cause injuries or overheating.

The association has cited a rule that bars players from wearing equipment “that may cause injury to other players,” including headgear. The restriction has been applied to headscarves, yarmulkes, and turbans, all worn for religious purposes by Muslim, Jewish and Sikh players, respectively.

A High Schooler Was Blocked From Playing a Basketball Game Because of Her Hijab https://t.co/5U9j4EVWmj pic.twitter.com/OoW1c3lL0a

“Looking at the statistics, no player to our knowledge has ever been injured because of wearing the hijab,” Chaudry said.

She said different types of hijabs and uniforms exist that would allow athletes to uphold their religious beliefs while not compromising anyone’s safety.

Modest active-wear for Muslim women athletes, including so-called “sport hijabs,” has gained popularity in recent years, with companies from the Middle East, Canada, the US and Europe leading the way. Sports apparel giant Nike even jumped on the trend when it unveiled its “Pro Hijab” earlier this month to mixed reactions.

“To outright say that any player that wears a headscarf should not be allowed to play I think is not a statement that focuses on security; it’s more a statement that’s religiously discriminatory towards athletes,” Chaudry said.

Over the last few years, the restriction on religious headgear in basketball has come under fire for keeping athletes of all ages and skill levels out of the game.

Last August, dozens of groups signed an open letter urging FIBA President Horacio Moratore to permanently overturn the ban. The groups pointed to the cases of Bilqis Abdul-Qaadir and Darsh Preet Singh, two American basketball players who, among many others, have been impacted by the rule.

“No athlete should be forced to choose between faith and sport. Muslim women and Sikh men seeking to participate in sporting activities like anyone else should not face superficial and arbitrary barriers to that participation,” the letter stated.

In January, FIBA announced that it would move forward with a proposal to “allow headgear to be worn safely by athletes,” and that proposal is expected to be presented sometime in May.

It comes on the heels of a two-year test phase in which teams could petition FIBA to allow players to wear head coverings during games.

No athlete should be forced to choose between faith and sport

“I know that sports is the one great place where race, religion and ethnicity and politics shouldn’t enter into it, but unfortunately it always does encroach upon it,” Geno Auriemma, an official on the FIBA rules committee who supports lifting the restrictions, recently told The Associated Press.

“Anything that encourages participation. Let’s get as many people playing as possible. Make the game as inclusive as possible within reason.”

A petition in favour of lifting the FIBA ban has also garnered more than 130,000 signatures to date.

“I think the biggest thing is the people making the decisions are men, and it’s as if they’re speaking for women,” said Asma Elbadawi, a British-Sudanese basketball player and coach who launched the petition.

Elbadawi, who wears a headscarf, told Middle East Eye she never personally encountered any problems since first picking up a basketball seven years ago as a 20-year-old at the University of Sunderland in the United Kingdom.

“I was really shocked to know that there was an actual law against this and that people were being discriminated against because of their faith,” she said.

Elbadawi said that many people continue to see basketball as a male-dominated sport, and the lack of visibility for women in the sport, especially Muslims, can be discouraging for women and girls who want to join.

Lifting the ban could be the first step in countering this problem.

“We just need people out there playing, so that the young people can see them and feel inspired, or just feel like, ‘You now what, they’re doing that, so I can do that, too.’”

FIBA is not the first sports association to grapple with the issue of allowing religious head coverings during competition.

In 2011, the Iranian women’s national football team forfeited an Olympic qualifying match against Jordan because its players refused to conform to FIFA regulations and remove their headscarves to play.

In Canada, a Muslim-Canadian youngster was ejected from a football match in Quebec for wearing a hijab in 2007. A few years later, a teenage football referee was told she could no longer officiate in a Quebec league because she wears a hijab.

The International Weightlifting Federation modified its rules in 2011 to allow modest attire to be worn by competitors – such as full-length shirts and pants – following a challenge by Pakistani-American weightlifter Kulsoom Abdullah.

“I want to be able to compete and follow my faith at the same time…I should not be excluded from participating based on dress restrictions of my faith,” Abdullah wrote on her blog, Lifting Covered.

A new letter was released in January urging the association to permanently lift the ban. It was signed by more than 30 prominent athletes, including Abdul-Qaadir, WNBA centre Breanna Stewart, NBA forward Kenneth Faried, and tennis legends Billie Jean King and Martina Navratilova.

American fencer Ibtihaj Muhammad, who was the first Muslim woman to compete in the Olympic Games while wearing a hijab (she won a bronze medal in Brazil last year), is also a signatory.

Elbadawi said getting support from high-profile athletes is important, and added that she is optimistic that FIBA will lift its restrictions later this year.

But she said it is even more valuable for young girls to be able see women from their own communities playing basketball and other sports, and serving as positive role models locally.

“[Basketball] was the first sport that really challenged me, mentally and physically. I felt that through basketball I was able to achieve many other things because I had to learn teamwork, I had to learn how to understand myself and my weaknesses and my strengths,” Elbadawi said.

“Not giving girls this opportunity to play or to compete at such a high level is just like depriving them of life skills that they can learn.” 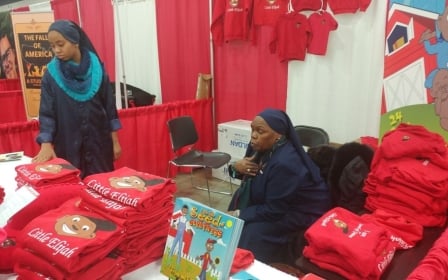