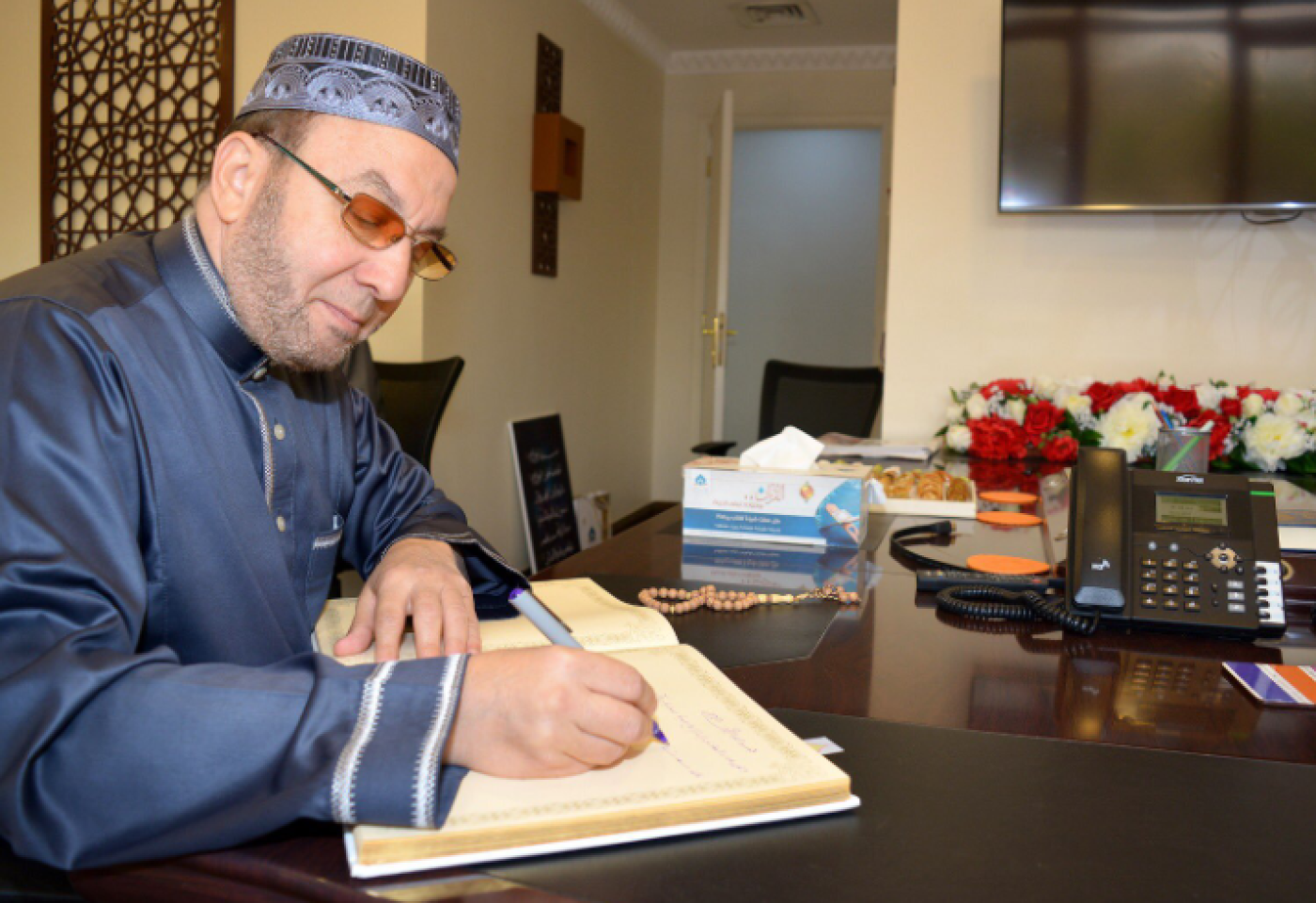 An image of a cheque showing that renowned Egyptian cleric Sheikh Muhammad Jebril has donated over $150,000 to a government-backed initiative has sparked questions over whether he was pressured.

Jebril, known to have sympathies for the Muslim Brotherhood, is a renowned teacher of the Quran with a license to practise from al-Azhar University, Egypt's highest Sunni authority.

But in 2015, the government banned him from teaching, preaching, travelling or entering any official mosques in the country after President Abdel Fattah el-Sisi in a speech demanded a "religious revolution".

The restrictions on Jebril were announced on television, hours after Sisi's speech, by Minister of Religious Endowments Mohammad Mukhtar Jumaa, who said the imam had become "the Supreme Guide of the Muslim Brotherhood".

The Egyptian judiciary reportedly cancelled his travel ban, allowing Jebril to travel to the UK. But when he returned to Egypt a few months ago, he was held for several hours by state security, according to an account on the Rai Al-Youm news site.

Now copies of a 2 December cheque have emerged showing that he has donated more than $150,000 (three million Egyptian pounds) to Tahya Masr - or the Long Live Egypt fund. 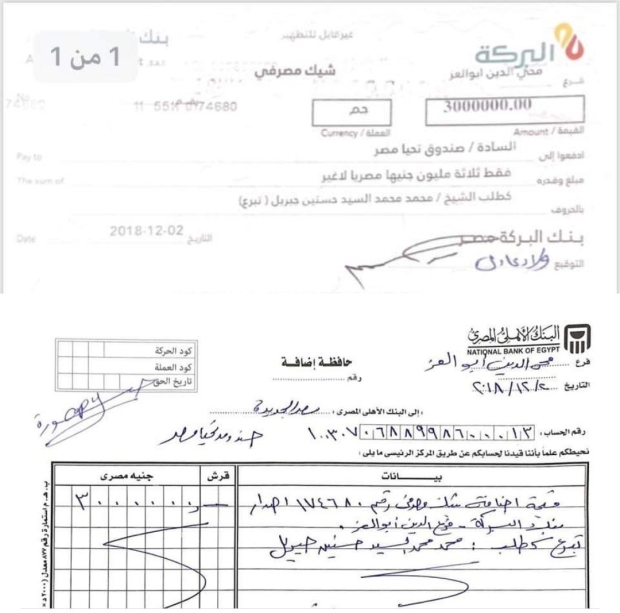 Sisi launched the fund in 2014 soon after he was elected president to help with Egypt's economic crisis. He said in a speech that he would donate his property and half of his salary to the fund and has since urged Egyptians to donate as much as possible.

The fund has been met with scepticism in some corners. It is directly supervised by Sisi and is subject to audit by the Central Auditing Authority (CAA). While billions of Egyptian pounds have poured in, the Central Bank has failed to issue monthly reports.

Numerous businessmen and banks have donated to the fund, including Naguib Sawiris, one of Egypt's most prominent businessmen, who donated EGP2.5 billion ($140,000) to the fund in 2014.

The appointed members of the fund's board of trustees include CBC channel owner Mohamed al-Amin, who fell out of favour with Mohamed Morsi in 2013.

Jebril's donation fuelled speculation this week that he was coerced into making the contribution. Prominent Egyptian lawyer Gamal Eid tweeted:

Others tweeted their disappointment over the scholar's donation.

Translation: I used to listen to your Quran recitations daily at the end of the day and during work, after you supported the oppressors I will never listen to you again…unfortunately you chose safety over integrity

Egyptian authorities have previously seized assets and confiscated shares of anyone associated with the Muslim Brotherhood.

Popular former Egyptian football player Mohamed Aboutrika had his shares in a travel company he helped establish in 2012 confiscated by authorities.

The government declared the Brotherhood a terrorist group in December 2013, the same year Morsi was overthrown in a military coup, and said at the time that anyone who belonged to the group, financed or promoted its activities would be punished.

The former player has not been known for publicly expressing his political opinions, although he did endorse Mohamed Morsi's presidential election in 2012.

Earlier this year, an Egyptian judicial committee announced an asset freeze on more than 1,000 charities tied to the Brotherhood.

Since the military coup, authorities have cracked down on members of the group, arresting at least 20,000 people, most thought to be members or supporters of the group. Hundreds have been sentenced to death while others received long-term prison terms. 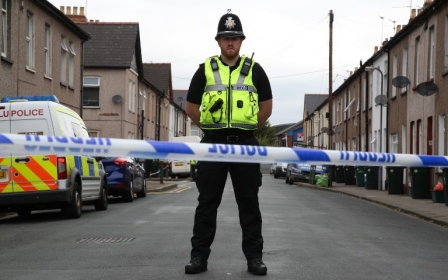