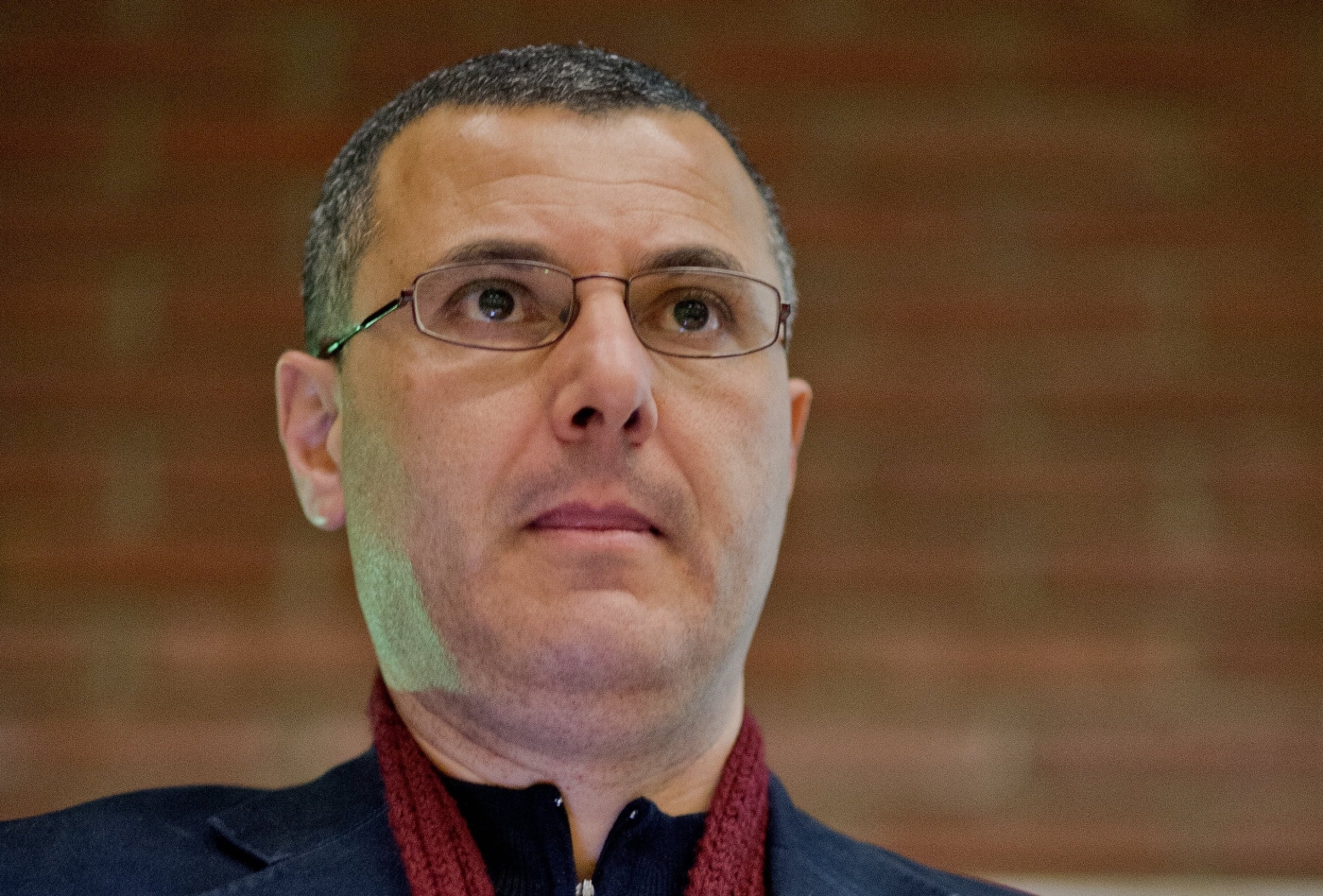 Palestinian researcher, commentator, and human rights activist Omar Barghouti speaks during a conference at the ULB university in Brussels (AFP)
By
Alex MacDonald

A co-founder of the Boycott, Divestment and Sanctions (BDS) movement has been unable to travel to the UK to speak at the Labour Party conference after his visa was "abnormally delayed" by British authorities.

Omar Barghouti, a Palestinian activist based in Ramallah, was set to speak at a fringe event at the annual party conference hosted by the National Education Union (NEU), alongside the shadow home secretary, Diane Abbott.

Barghouti will now be appearing via video link.

In a statement released on Friday, Barghouti accused the UK authorities of intentionally preventing him from attending the conference.

"They fear our shining a light of truth that reveals their lies. They dread our tireless quest for freedom, justice, and equality. They loathe our insistence on nothing less than an existence with dignity and 'the full menu of rights,' to borrow from South African leader Archbishop Desmond Tutu," he said. After Gaza: Europe scrambles to end its complicity
Read More »

"We shall continue to fight their McCarthyism and repression and persist in pursuit of our UN-stipulated rights, including self-determination and the return of our ethnically cleansed refugees."

A statement from the UK Home Office denied anything unusual had taken place.

"Mr Barghouti's application remains within this target, and he will receive a decision shortly."

The Labour Party conference takes place from 21 to 25 September and sets the party's political agenda for the following year.

The issue of Israel-Palestine regularly comes up at the conference and has sparked controversy in past.

Labour leader Jeremy Corbyn, who was elected head of the party in 2015, has been a longtime advocate of the Palestinians but has faced criticism in past for allegedly failing to deal with instances of antisemitism by Labour activists.

A number of other Palestinian and pro-Palestinian activists are speaking at fringe events organised around the Labour conference, including Israeli Knesset member Haneen Zoabi and Palestinian ambassador Husam Zomlot.