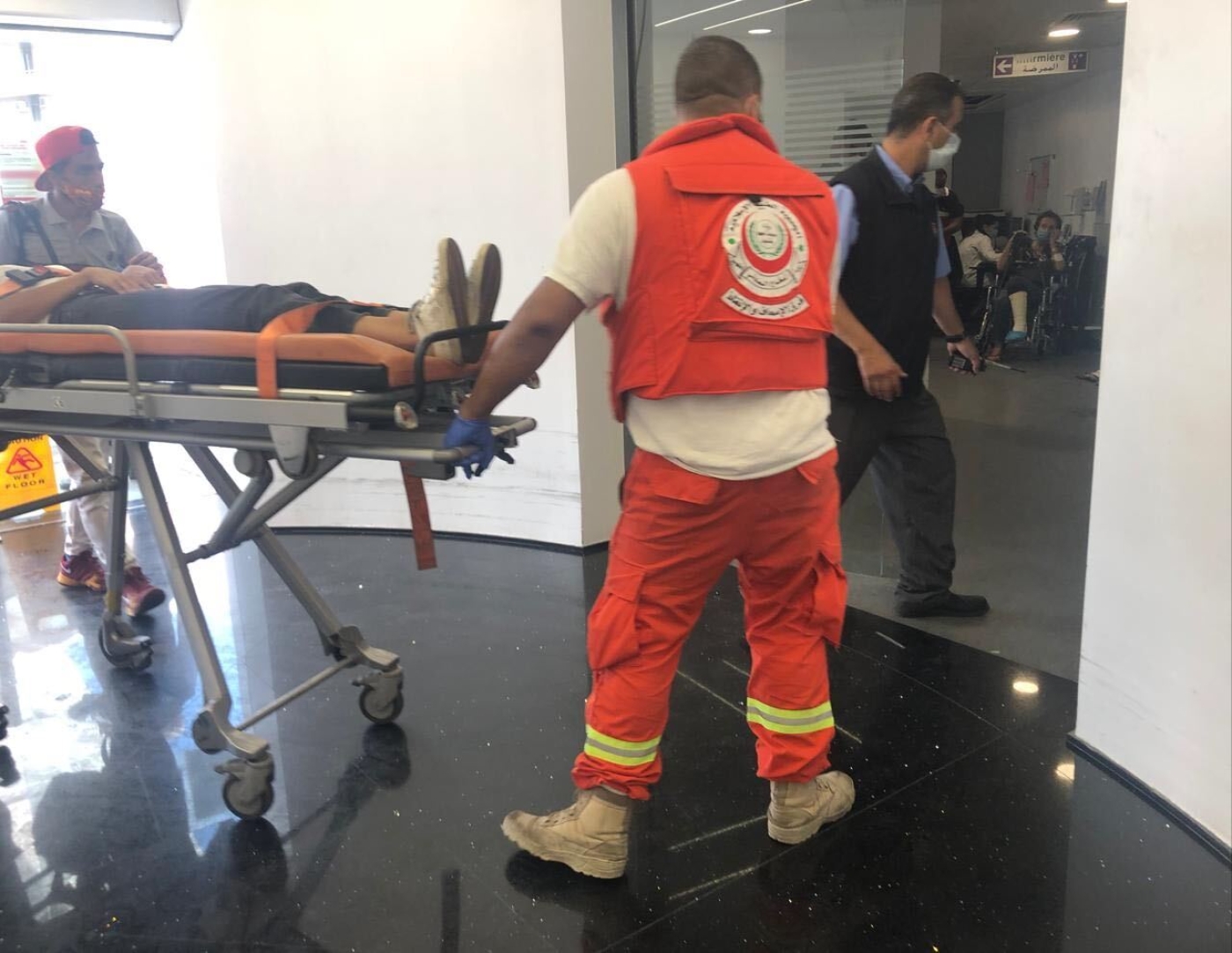 As the red smoke from a massive chemical explosion swept over Beirut on Wednesday, hospitals were overwhelmed with patients, as medical staff, already grappling with the coronavirus pandemic, rallied to tend to the wounded.

Three hospitals visited by Middle East Eye were full to capacity following Tuesday's explosion, which, so far, has claimed at least 135 lives and injured more than 5,000.

Scenes upon entering the St George's hospital were horrific. Some of the wounded were being rushed to emergency rooms, while others carried visible injuries while waiting to be seen - bandages seeped with blood, some with fresh stitches, as others groaned in agony in wheelchairs.

The building itself, less than a kilometre from the blast site, bore fresh scars of the tragedy, with the ceiling of the hospital lobby having caved in. Shattered glass was everywhere.

According to authorities, roughly 80 percent of the facility was damaged.

George Saad, responsible for Emergency Preparedness and Disaster Management at the hospital, said the blast killed at least 17 people at the hospital, including four nurses and 12 patients who were being treated for other ailments. The explosion also injured at least 160 people in the facility.

The Lebanese government has blamed Tuesday's explosion on a mammoth quantity of a chemical compound being housed at Beirut's port.

According to security personnel on duty at the time, the blast was so fierce they "felt the earth shake" before the seismic shock hit.

The scale of the disaster was laid bare when the Lebanese Red Cross put out an urgent call for blood donations, saying every blood type was needed.

Despite the destruction at the hospital, surviving medical staff were still treating incoming survivors late on Wednesday and said they had received some 300 patients.

At least 12 people at the hospital had died in the blast, according to Rita Khalifeh, a nurse at the emergency room here.

Hotel Dieu de France - one of the leading medical centres in Lebanon - reported admitting 500 people in the past 24 hours.

No fewer than 50 patients immediately underwent critical operations, while 13 were registered as dead on arrival.

This hospital - which had been geared up to treat Covid-19 patients - has received the largest number of patients from the explosion, with 150 being moved to the emergency room for more serious injuries, authorities said.

Fewer ambulances were said to have been arriving at the facility later on Wednesday, but as the head of the emergency room told MEE the department could not accept any more patients, they were rushed to attend to a woman admitted for urgent care.

A young man stood in the emergency room, bandages wrapped around his head and a cast around his leg, eating a man'ousheh - a flatbread snack - while visibly in shock and distress from the horror he had experienced.

Doctors and medical staff said they had been on shift treating patients since 7am on Tuesday, and were continuing to work as of Wednesday evening.

Antoine Zoghbi, the head of the hospital, pleaded for external assistance and resources. He also noted patients and visitors had probably been exposed to the coronavirus since the blast, and that staff were taking precautions to continue fighting the spread of the virus.

The hospital is capable of providing much needed care to patients, with equipment still available, "but we need to be careful", he said.

Many injured patients were transferred to hospitals outside of the capital, including south to the city of Saida and to hospitals in the Mount Lebanon governorate.

Lebanon's pharmacists' union has also asked all pharmacies to open in order to treat those with minor injuries, so more space could be freed up in hospitals for those with serious injuries. 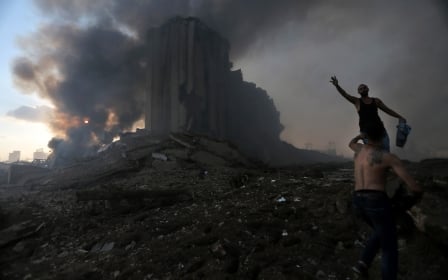