Beirut's governor said that at least 200,000 had become homeless from the port explosion (AFP)
By
MEE and agencies

The billionaires of the Middle East have amassed at least $63m a day since March, double the amount needed to rebuild Beirut after an explosion ripped through the city, according to figures compiled by Oxfam.

The charity said the 21 richest men from the Middle East and North Africa had seen their wealth grow by "nearly $10 billion since the start of the Covid-19 crisis".

Oxfam said its figures were drawn from a comparison between the billionaires' net wealth listed by Forbes on 18 March and 16 August.

The figures given by Oxfam amount to double the five billion dollars, as estimated by the PwC accountancy firm, needed to repair the damage done to property in Beirut following the August blast.

The amount is also twice the size of the emergency fund given to the region by the International Monetary Fund to combat the coronavirus pandemic.

"For too long, the interests of the richest have been prioritised at the expense of the needs of the poorest and wider public interest," Ana Arenda, the head of Oxfam's inequality campaign, said in a statement.

"The result of this has been laid bare in the aftermath of the catastrophic explosion in Beirut, which has further exposed the fragility of the economy and will only exacerbate existing inequalities."

The Beirut port explosion killed more than 180 people and left a further 6,000 injured.

The blast left up to 300,000 homeless due to the extensive damage caused, as Lebanon reels from an economic crisis and the coronavirus pandemic. 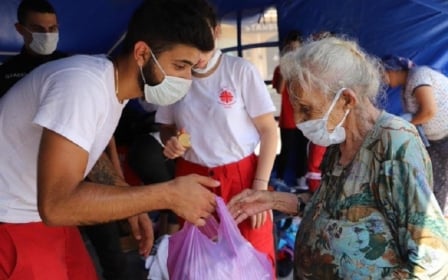